Giro d'Italia: On the Scene in Milano for Stage 21

Share All sharing options for: Giro d'Italia: On the Scene in Milano for Stage 21 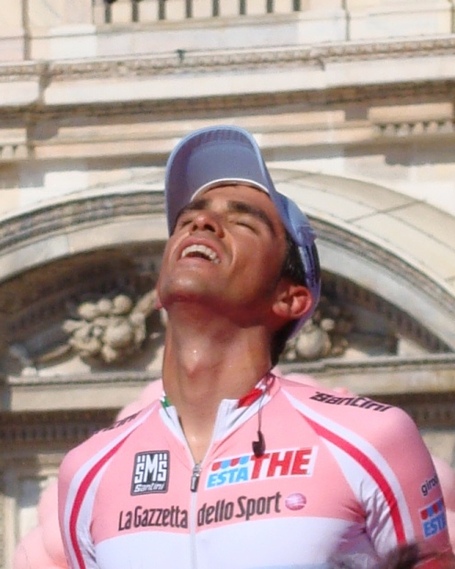 A moment of exultation for Contador in front of Milano's Duomo marked the end of a beautiful, tragic, controversial Giro.

Milano's magnificent Duomo was the backdrop for the finale of this year's Giro. 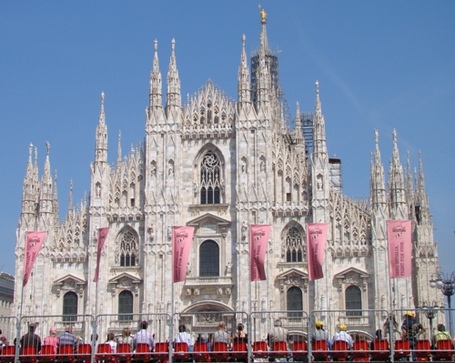 After crossing the finish line, the riders rode down a tifosi-lined corridor to the podium stage. 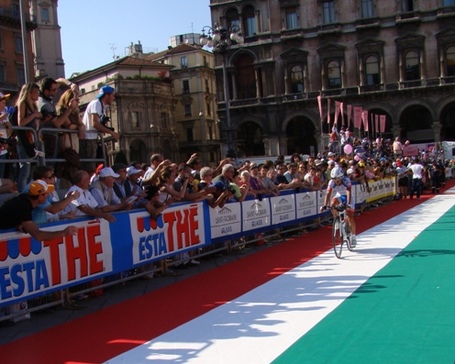 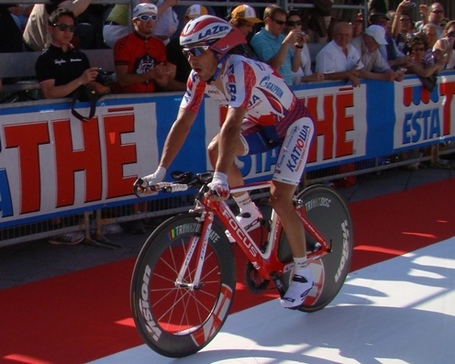 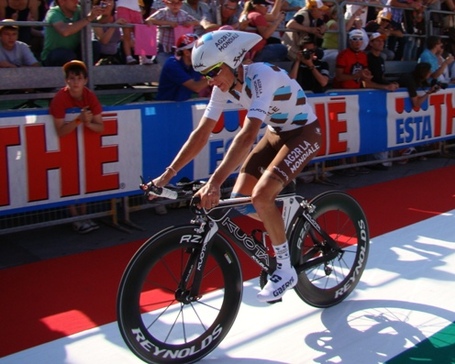 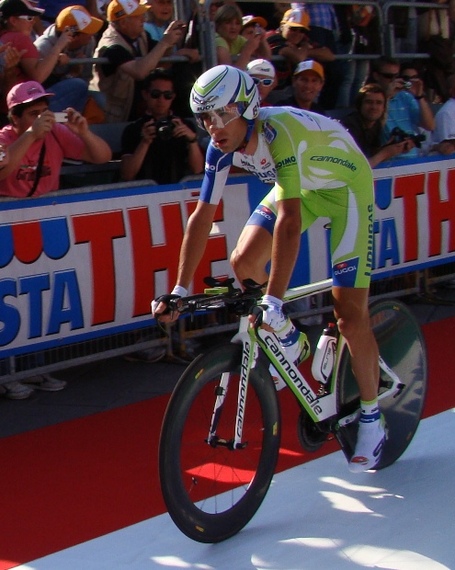 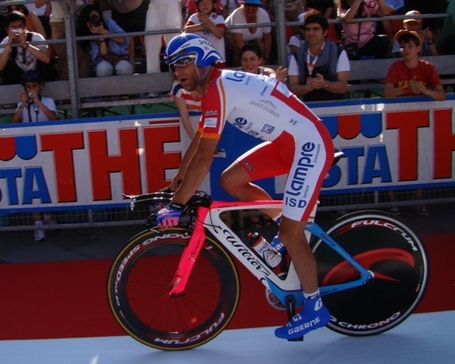 Contador waived to the tifosi all the way down the corridor. 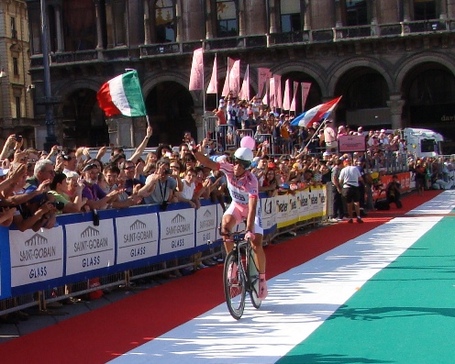 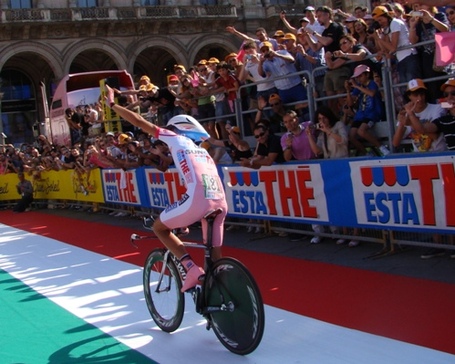 After dropping his bike on the stage, Contador walked out onto the catwalk in front of the Duomo to enjoy his first moments as 2011 Giro champion. 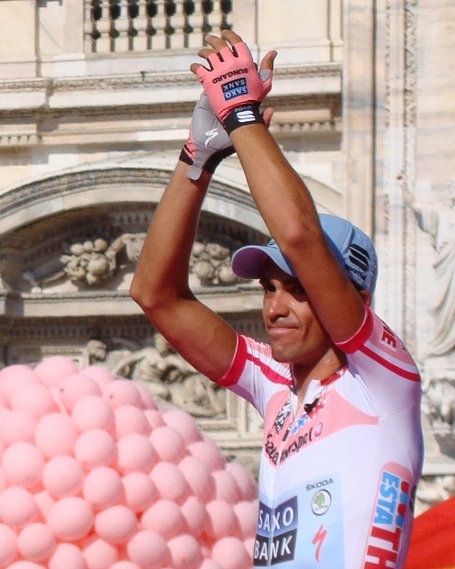 In the podium ceremony, after spraying the champagne, Millar cracked the podium girls up by emptying the bottle over his head. 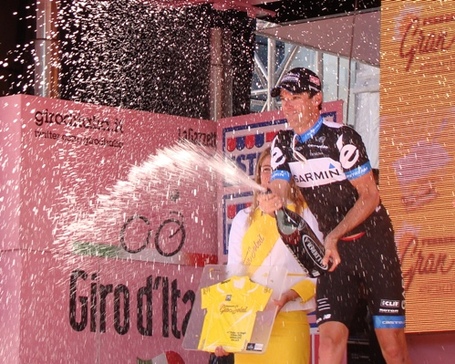 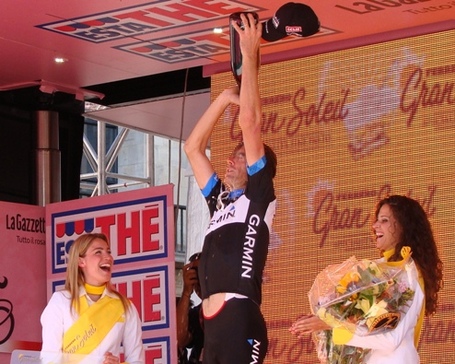 As he had in 2008, Contador looked overjoyed to receive the final maglia rosa of this year's Giro. 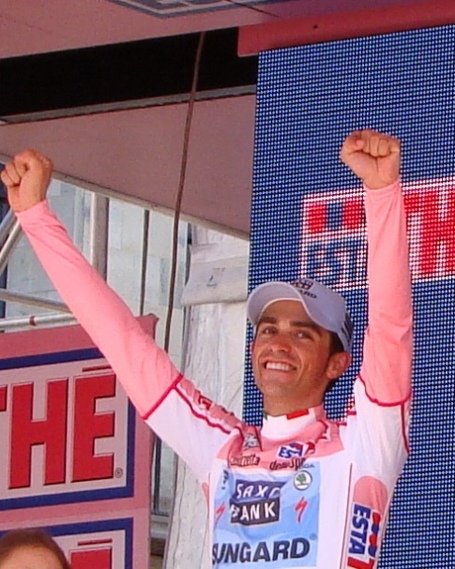 At the presentation of the podium finishers, Contador exchanged a friendly handshake with Nibali, but seemed much chummier with his former teammate, Scarponi. 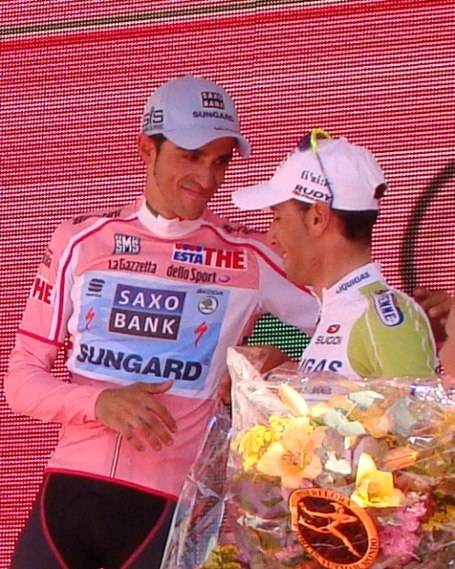 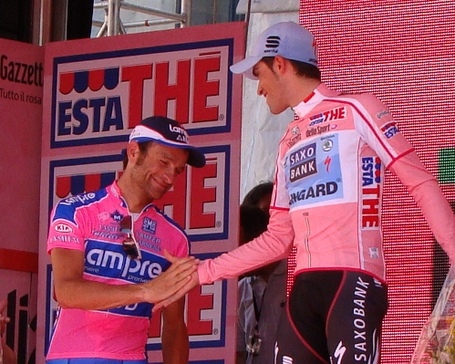 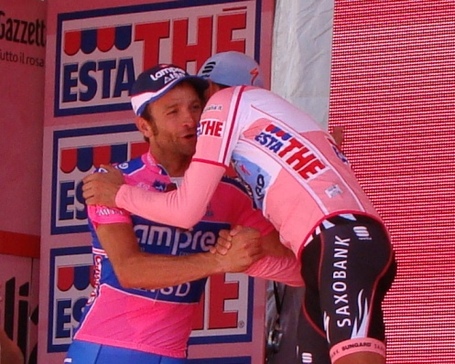 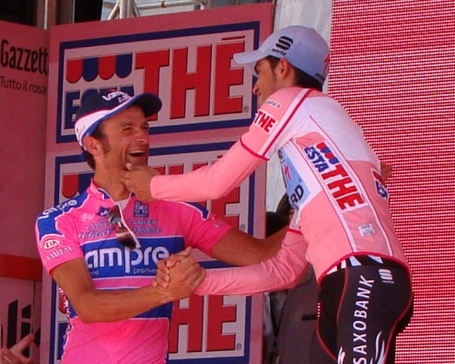 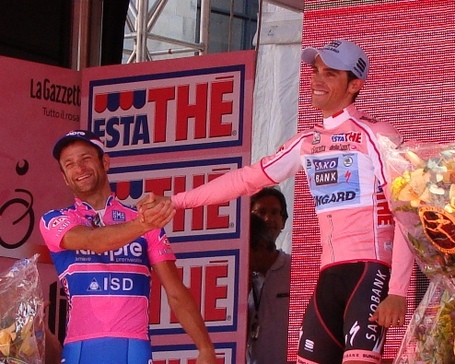 Nibali fired the first shot in the champagne fight, but Contador was quick to counter, after which it was a free-for-all. 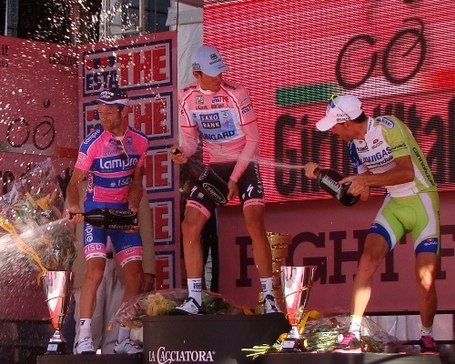 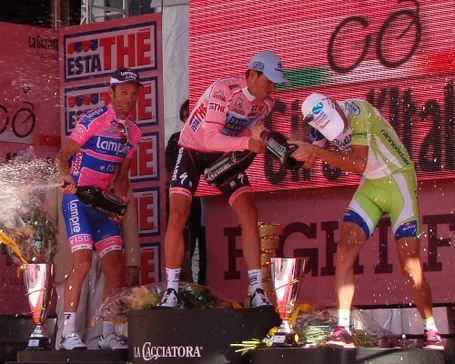 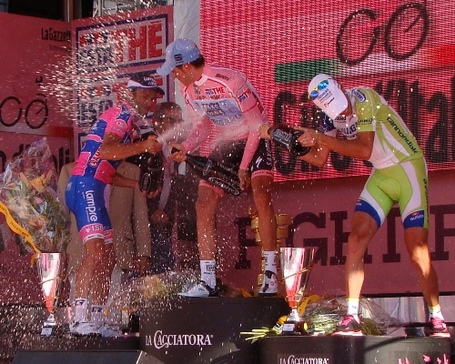 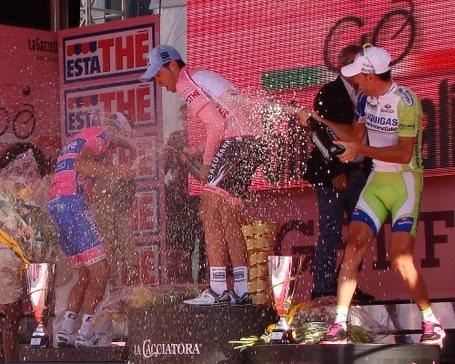 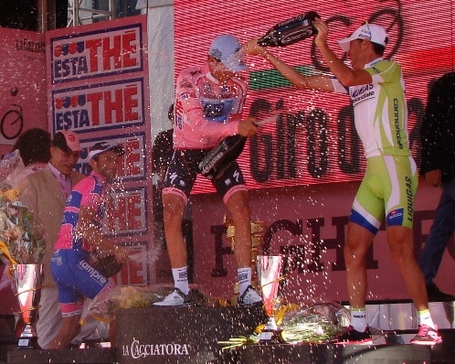 Contador didn't seem to mind gettting his new maglia rosa all wet.  He's got plenty to spare, after all. 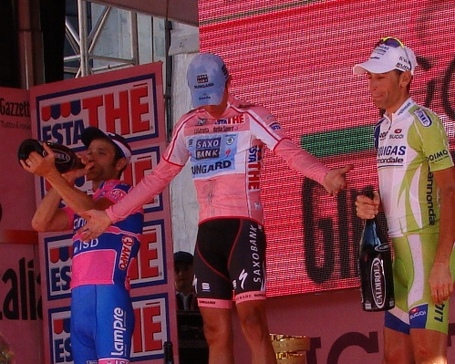 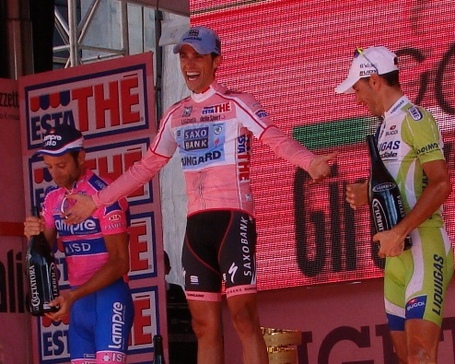 Out on the catwalk, the podium finishers showed off their trophies for the tifosi. 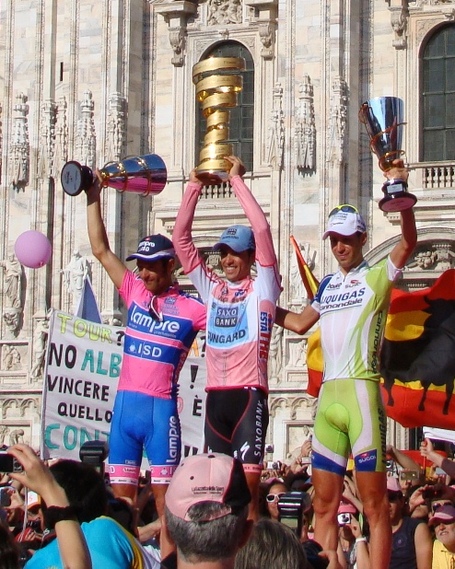 And that's a wrap.