5 Weeks of Racing in the UK

Share All sharing options for: 5 Weeks of Racing in the UK

Horizon Fitness RT DS, Stefan Wyman, checks in to the cafe to shed more light on what's been happening behind the scenes with the team during the busiest period in the team's race calendar. 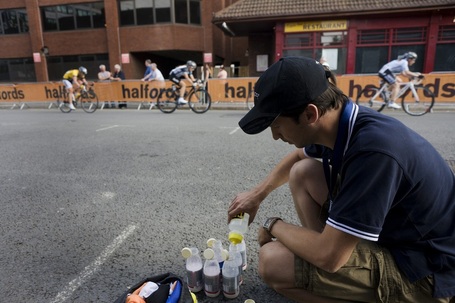 Five weeks in the UK have been quite an experience. It’s the longest I’ve been in the UK for years, and it was good to get to so many races during this block. This season has been all about developing talented riders and seeing them move forward is fantastic. We started in Italy and had all the riders together for 2 weeks. This Italian block took in some serious training, enough to even make our riders quite in the evenings. The hard work there has continued and the riders are now working with their individual coaches to keep moving forward.

The racing block in the UK has been dominated by the Johnsons Health Tech GP Series. This series is in its first year and it was important for the sport that it went well. With 4 great town centre locations to race in, and good crowds, I think everyone enjoyed the series. For us it was a chance to mix the team up and see if we could take on the other teams in the UK.

I’ve been asked during the series who the contenders are, and who people should look out for. It wasn’t easy to answer as to be honest as I only see the results of the races in the UK. Without being at the races, you can’t see the performance of the riders. Riders coming in at the back of a group may have done a lead out, or could have been away in breaks etc. The race reports don’t always highlight this and it’s easy to gloss over some results. But as a performance orientated team, it’s been good to see the riders in the UK racing week in, week out.

Annie Simpson is our Jens Voigt. She’s always willing to put in 100% for the other riders on the team (not that our others aren’t) and roll in after the peloton happy to see her team mates with their hands in the air. But the JHT GP series turned into her opportunity to get a result, when she won in Oldham. As our head sponsor said after the event, Annie is the rider who (almost) made grown men cry. Everyone was so happy for her, but the glory was short lived as she was out giving it 100% for Hannah in Woking a few days later.

During this block of racing we also had the opportunity to work with 4 different photographers. The idea was to try to get 4 different perspectives on the team, both at the race and behind the scenes. We are a pretty open team, and try to ensure that people can really see what we’re all about. We love the pictures and hope we can work with all of them again. In fact we have some coming with us to races in July so it looks like there will be lots more behind the scene footage to come. 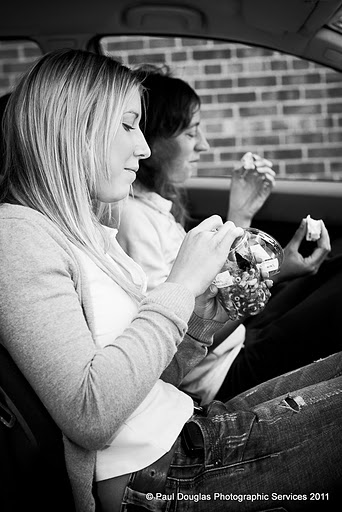 We also took a slightly different path by racing against the men the week before the National champs. You never quite know how the guys are going to deal with women riders in the peloton, but the field at the Kalas 2 Day were superb. Great riders with fantastic attitudes, who even asked our riders to pull back an attack on the 4th stage. Big respect, and lots of compliments for the team after the event. So I think we should say big thanks to the guys in the race and look forward to racing them again next year. While 5 of the riders were in the Kalas race, we has Nancy flying back to Mexico for the National Champs, 3 riders in Holland in the Rabo Ster and 2 riders on the track as part of the GB Team Pursuit team, and Sarah was doing the End to End for Charity. Busy times and a stretched squad to say the very least.

The final race of the block was the national championships held near Newcastle. It was another week on the road for the team as we rented a farm house. We use these races as an opportunity to get the squad together and it gives us a good idea of where the riders are in terms of their form. I’m not a fan of hotels. When you spend a couple of hundred days a year on the road, you miss home comforts. Having a lounge to relax in really helps and so does having your own kitchen so you can make sure everyone’s in control of their pre-race meals and diet. It also gives us a chance to make sure our riders are happy off the bike and we can coordinate our travel and race program. 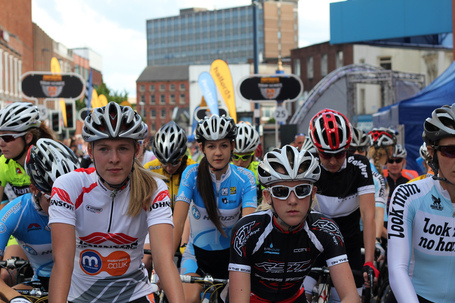 With 8 riders in the top 25 at nationals, and Annie rolling in just behind after having carried out her trademark lead-out, it was a good performance all round. The race was dominated by Garmin at the business end of proceedings, and they did an amazing job in the race with Lizzie Armitstead taking the title. She looks like a better rider every time she races and it’s going to be hard for anyone to jump in front of her for leadership at the World Championships and the Olympic Games on the road. I had the pleasure of working with Lizzie a few years back and the jersey couldn’t be held by a nicer and more deserving rider. It’s very exciting for the future of cycling in the UK to have a new generation of young champions coming through, but I do hope that Lizzie is only keeping the jersey warm for one of our riders to take in the near future.

For us the building process for 2012 has already started. Considering new riders, different development plans and race program options are all on the agenda right now. We need to take steps towards that front elite group. How we do that is not as simple as signing big name riders, nor is that particularly possible. So it’s getting the right blend of talent and developing them as quickly as possible. We’re not happy to stand still and want to keep moving forward. It would be great to see some of our riders effecting the outcome of the National Champs in 2012.

We’re now off to Czech Republic for the Krasna Lipa stage races, and then to Germany after that. We have Hanka Kupfernagel with us for both races which is another great opportunity for all of the riders to learn from a legend of the sport.

I’ll check back in after that