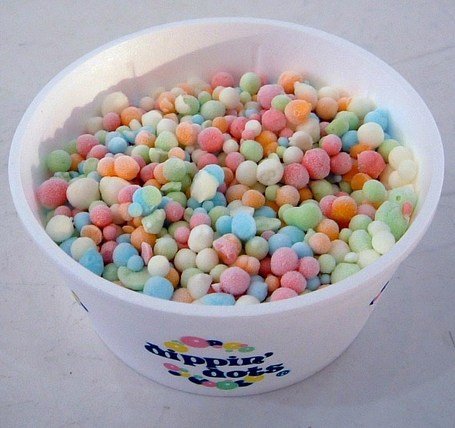 Just parked on the couch watching the Midsummer Classic, or at least what baseball calls a "classic" (cough). Everybody looks very clean and relaxed, colorful and well-fed. In other words, we're about as far away from Paris-Roubaix as it's possible to be.

Anyway, another travel day has left me scanning for fun Tour stories. But I've covered the green jersey five different, increasingly tedious ways; yellow is a sideshow so far; and I no longer have to work hard to convince people that Johnny Hoogerland is awesome. In terms of big stories, we've reached that point in the Tour where there's nothing left to say. It's like that place in the Pacific Ocean where the winds all spin themselves out. What's left is the media equivalent of the Great Pacific Garbage Patch.

Or for big stories anyway. So I'm trolling for fun little bits. You know, like those dippin dots? How can something so small be so delicious? That's what I'm talking about. The Tour is full of dippin dots stories. Like these...