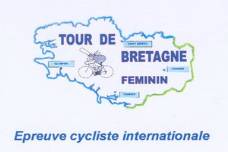 OK, it’s not just the riders that get burned out a bit after the Giro – summer for women’s racing means stage races and if you blink you’ll miss three. This week sees the return of the Tour de Bretagne that was cancelled last year for a mixture of bureaucratic and financial reasons, but has come back to show us that cancelled once does not mean cancelled forever. It occupies an awkwardish position in the calendar, being close to (and sometimes overlapping) the Giro Donne, and clashing with the European U23 championships, but the fact that the last two winners were Liesbet de Vocht (coming in ahead of her DSB teammate Marianne Vos) and Emma Pooley shows how good you have to be to get this one on your palmares.

This year there are four stages:

You can visit the official site for information, but I found the menu had a nasty tendency to run away from the mouse pointer. Far better to follow things through Gwena’s blog which behaves in a far more civilised way. There’s a start-list downloadable from here which rather seetly seems to be a photocopy of all the entry forms they received. Stage 1 has already been run and you can read a report here. A break of 4 women escaped and made it to the end without being caught. Towards the end they split up and Russian rider Alexandr Burchemkova came to the finish line ahead of Canadian Karol Ann Canuel riding for Vienne Futuroscope and Jacqueline Crowell of the USA. The main bunch followed home almost three minutes later.