Stage 2 was hilly, through beautiful farmland and pine forests. I spent a lovely day with the Jayco AIS Australian National Team, hanging out with their mechanic and soigneur as they went about their business. When I'm back, I'll tell you more about it, but my photos and brief race report are below the jump.

For more in-depth information, see the Womenscycling.net report - they have great quotes and photos, as always - and here's video from the race organisers:

The Australian national team is based out in Europe from March to September, with a set of staff who stay all summer long, and different riders coming in and out to ride. The team at Thüringen has Ruth Corset and Shara Gillow (who were guest-riding for Bizkaia at the Giro Donne), Taryn Heather, Amanda Spratt, Jessie Maclean, and Vicki Whitelaw, on vacation from Lotto-Honda. The Aussies are on the same floor as the Horizon team, and at the table next to Horizon in the restaurant, so it was great to have a day "backstage" with them. 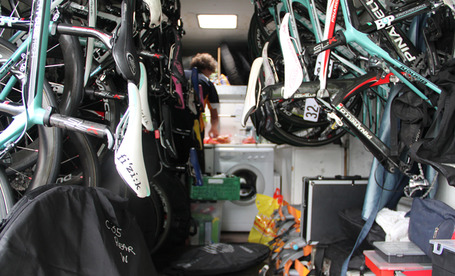 I won't steal my own thunder by telling you about the team details - you'll have to come back for that next week! - but it was a lot of fun hanging out - I'm so grateful, they were fantastic to be around! 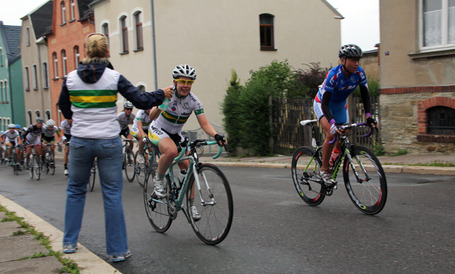 I saw the race from the feedzone, with Liane Wild, their soigneur - and when the riders passed us, there was a very strong breakaway - they'd attacked before the first big climb, and Emma Johansson (Hitec Products UCK) was leading the group, with Noemi Cantele (Garmin Cervélo) chasing hard. The route took the riders over some of the same hills that the "Queen Stage", stage 4 - including "Hankaberg", named after German cycling star Hanka Kupfernagel.

It was a wet day - that annoying rain that isn't heavy, but persistent. Emma Pooley (Garmin-Cervélo) had won the mountains points of the day, but dropped back, with Judith Arndt, as the group attacked itself over and over again.

We passed the race further down the road, and again, Johansson was leading, countering attacks from Linda Villumsen (AA Drinks Leontien.nl) - so it was fantastic to see, as the race crossed the finish line, Emma taking the win, with a huge smile on her face. As a pretend Aussie for the day, I was delighted that Vicki Whitelaw came in second - with two riders in the final break of nine. 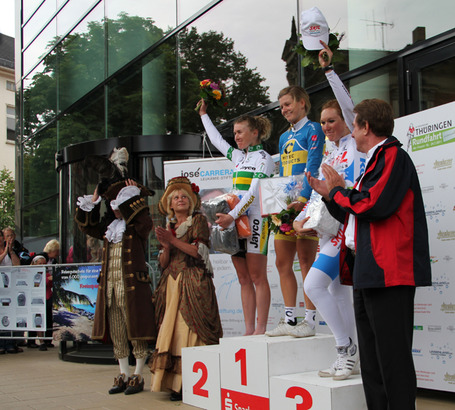 So, big changes in the GC, with the top 9 riders all close to each other. Stage 3 is hilly again - but then stage 4 is the queen stage - and the time trial on Saturday could shake things up. It really feels like anything could happen in this race! 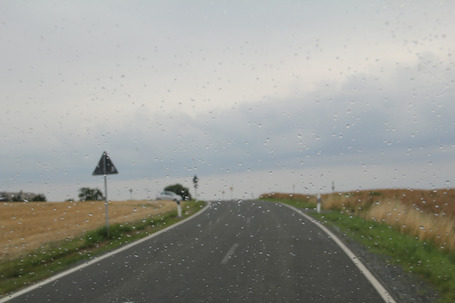