Share All sharing options for: Tour de France: Our Grinta Runneth Over 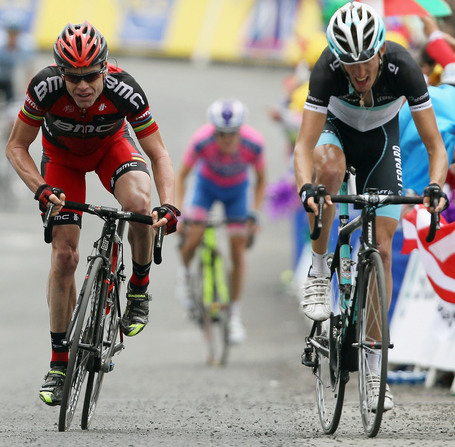 Wow, what a stage. Happy Alpe Day indeed. What a week. For all the things that haven't been what we'd hoped this year, the Tour de France has saved the 2011 cycling season, and then some. Even Belgians will admit that this has been the best week of the year. And there's still one ultimate suffer-fest left to go. [Grinta: Italian for gritty, determined valor.]

Like a Swiss f'ing watch, I will be camping for tomorrow's finale. If the Gods of Cycling could send a phone signal to Darrington, Washington, I would be most grateful. Anyhow, a few thoughts to chew on from today's epic event...

[Someday I will buy a beer for Bryn Lennon, Getty Images Sport.]