Share All sharing options for: Tour Of Utah Stage 1

Ogden Utah today saw Stage 1 of the Tour of Utah, a 187km triple circuit that was described by the winner on the day as very similar to the US road race championship course in Greenville. An early break stretched the lead to over 8 minutes at one point before finally succumbing to a counter attack from the peloton just before the last climb of Ogden Pass. Going into that climb Jay Thompson had soloed away from his three breakaway companions (Rubens Bertogilati, Roman Van Uden, Bradley White). Roman took the first two intermediate sprints while Rubens took the KOM's. The last time up it was a surprise rocket from the main group that went by all of the breakaway riders to take command of the lead. 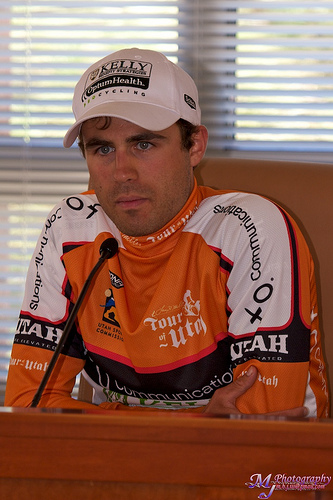 More on the Jump

Jesse Anthony was asked to describe his solo attack. It was not intended to be a solo attack but no one followed when he went. The peloton had just expended a good amount of energy to reel in teammate Michael Creed and kind of sat up to reorganize. That fact along with the knowledge that the course was very similar to US Pro Championship course is what caused him to jump when he did. He admitted to second guessing himself once it turned out to be a solo attack.

Meanwhile behind Jesse a select group launched themselves at the bottom of the hill behind him. This group consisted of GC hopefuls Leipheimer, Haneo, Sevilla, Brajkovic. They fairly quickly gapped the peloton and were well on the way to catching Anthony but not before he took to the summit alone. The descent saw all 5 come together and begin working in concert to keep away from the chasers. A small group of chasers including a few other GC contenders (Danielson, Van Garderen, Vandevelde, Mancebo) tried to pull them back but could only get within about 20 seconds before the lead began to stretch back out.

Coming into the last few kilometers the powerful group of five had managed to get over 2 minutes on the now grupetto less peloton. As they rounded the final turn Jesse Anthony jumped from the group and powered away in a fairly easy sprint stage win. 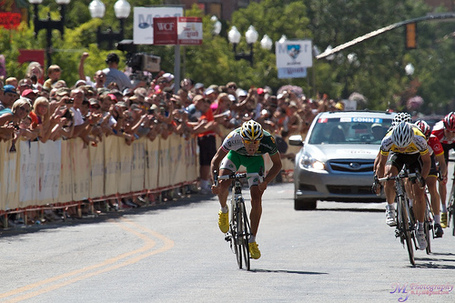 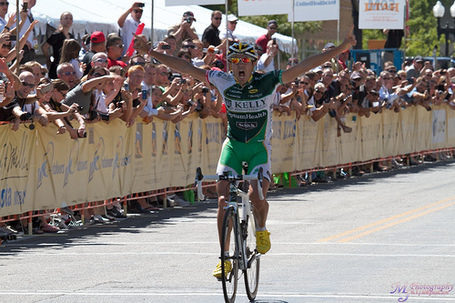 A very happy Haneo finished Second on the stage to preserve his overall lead with Sevilla taking third. 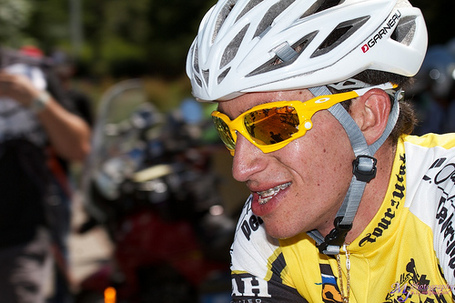 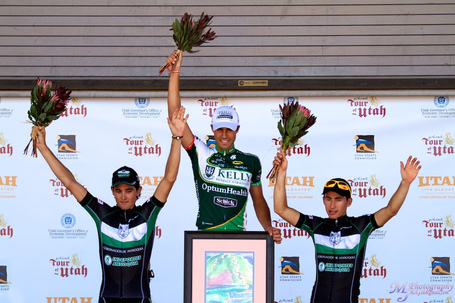 All Five Jersey's on the day