Share All sharing options for: Tour Of Utah Stage 2 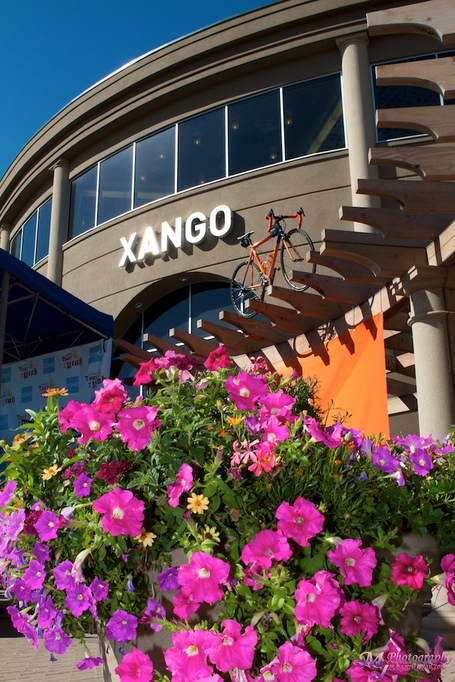 The Tour Of Utah Stage 2 rolled from Lehi home of Xango a  major corporate sponsor of the race. It then ran 151km around Utah Lake before coming back north to the center of the 2nd largest city in Utah, Provo. The course was mostly a wide open flat run with particular attention needed to prevent splintering the peloton in the crosswinds.

The race started with a short neutral parade lap around Xango headquarters and then headed south into the north wind along side the lake. Early pace was very fast as multiple breaks tried to form and failed. The break that stuck was a 7 man group that was initiated by Pureblack Racing's Roman Van Uden.

With Stage 2 being the only real sprint stage in the race the group was never allowed to get more than a couple of minutes by the teams in the peloton looking for their chance to sprint for the win. Moving into the 1st Sprint point of the day Roman Van Uden cruised to an easy win after easily fending off Team Type 1's William Dugan.

In the 24km between sprint points the break was reeled in and a small counterattack formed of three riders heading into the 2nd intermediate sprint. John Anderson took the sprint in front of Michael Creed and Timothy Gudsell.

Heading into town the counter attacks and failed breaks continued non stop as the pace was brutal with a final average of over 29mph.

Tejay Vangarderen made a very good move within 5k to go especially as there was a large pile up at about 3k to go. The pile up counted 10-15 riders including Garmin Cervelo's Peter Stetina who appeared to get the worst of it but still finished the race. 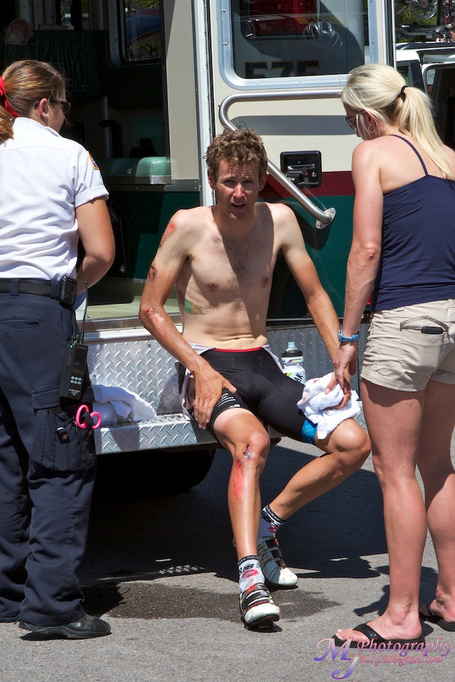 Tejay was hauled in just as the group hit 1km to go. In the confusion as the sprint trains reorganized Endura Racing's Jack Bauer looked around to find he had a 50m gap and hit it full gas. By the time they reorganized it was too late for the United Healthcare Sprint train. Bauer hit the line with more than a bike length to spare.

Haneo retains yellow jersey along with a few bruises and minor scrapes, Louder moves into Best Utah rider jersey taking it away from Tyler Wren. The Pureblack sprinter Roman Van Uden is in the sprinter/points jersey with Ruben keeping his hold on the KOM. Most aggressive went to John Anderson for his attacks on the day.

Full gallery of My Pictures