The race of truth will be run over 14.5 miles of sweeps and turns usually occupied by roaring high powered monsters reaching speeds of close to 200mph. Today they were covered with sweat and the only sound was the smooth rolling of carbon wheels and labored breathing. It was a windy hot evening in Toelle at the Miller Motorsports Park. An impressive facility for racing by any standard. Riders launched down the ramp starting at 5pm local time (Mtn). Your speed demon on the day was Tejay Vangarderen, seen here signing autographs and relaxing after his run. 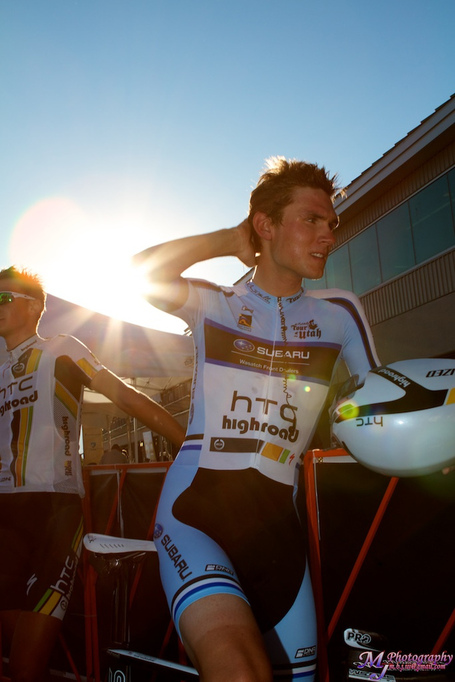 The Hot Seat for most of the day was held down by HTC-Highroad's Patrick Gretsch. He did not get unseated until the eventual winner Tejay came thru and then bumped down to third on the day as Levi squeezed between the two.

Levi's run was good enough to place him in the Yellow going into the second to last day. He admits that the circuit race on Saturday will be hard to control and that there is a lot of VERY tough racing left to do. Every second will be important heading into those final days. 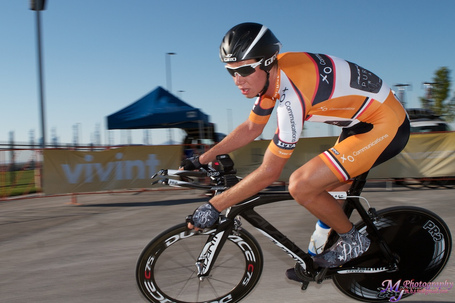 Roman Van Uden Rolls thru the hairpin corner in the Sprint/Points Jersey. 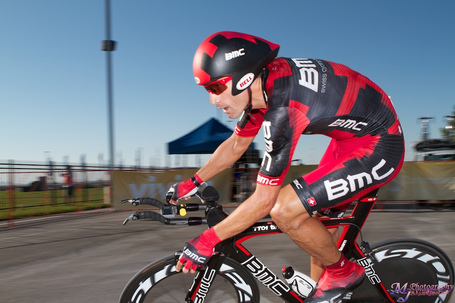 Big George held a top 5 spot until the final set of riders began to come through. 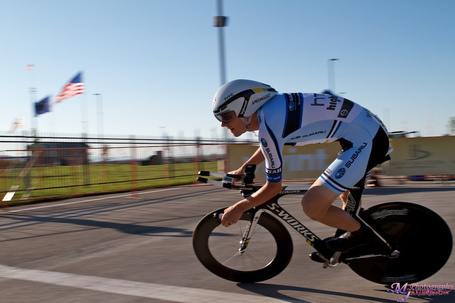 Your Race Winner Tejay Vangarderen. Tejay's final speed on the day was an average of 33.12 mph or 53.33kmh over the 9 mile course. 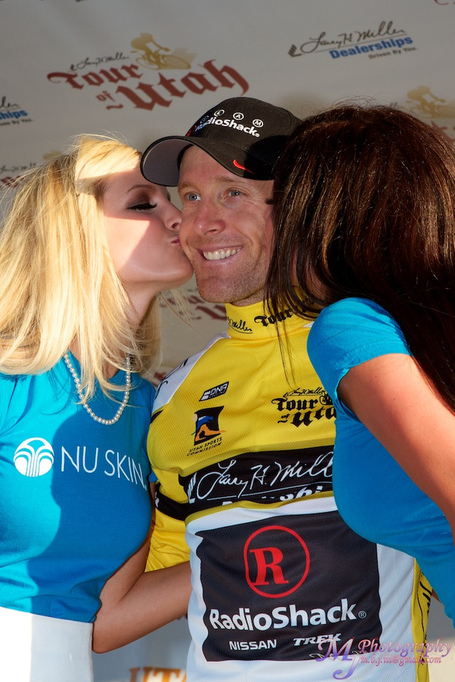 Levi getting his reward for taking the overall lead. 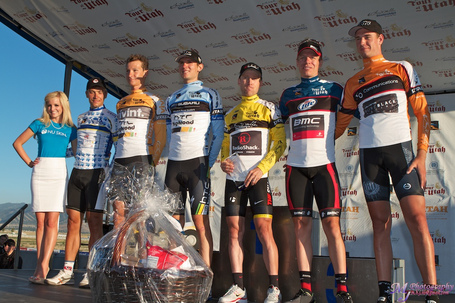 Your Five Jerseys For Today