Another day at the Eneco - a start in Genk

Share All sharing options for: Another day at the Eneco - a start in Genk

Yesterday's stage of the Eneco Tour may have been close, but today's stage was even nearer to my locale. Ten minutes by train, nice. I skipped the podium presentations in favour of the riders' village and yes, I had my camera with me again. 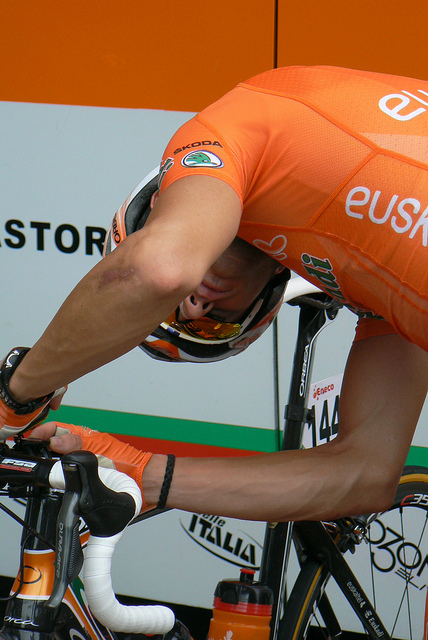 The carrots are now practising upsidedownness before the race too. Be the best you that you can be, Izagirre.

The first cyclist I encountered on my way to the prep zone was Enrique Sanz, who was already having bike problems. 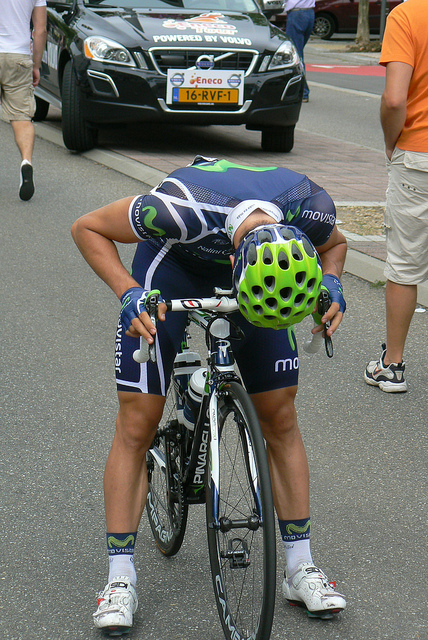 Unfortunate coincedence, you'd think, until half a minute after him I ran into Luis Pasamontes Rodriguez... also with bike problems. 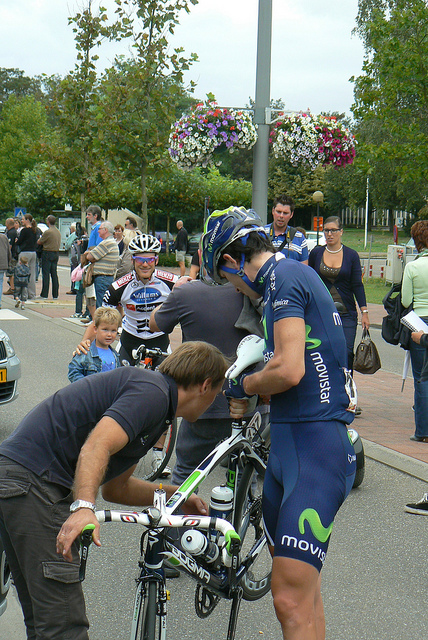 No worries though, as right at that moment Murilo Fischer came by, solving all problems with the sheer awesomeness of his jersey. 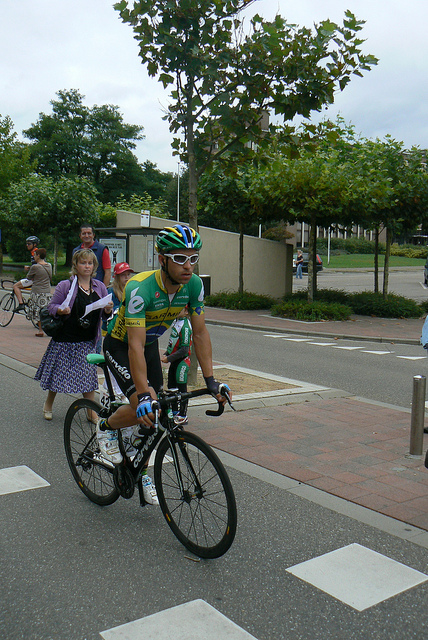 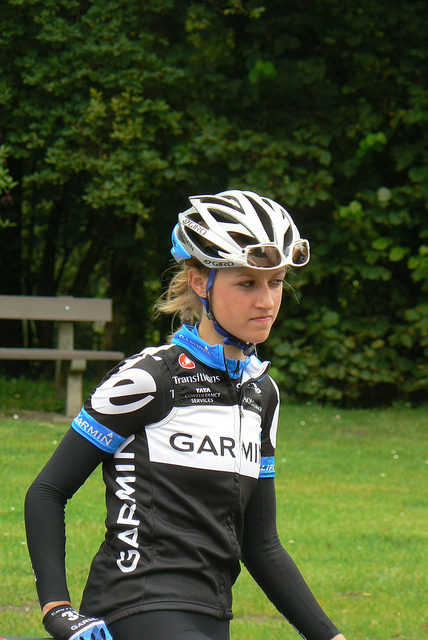 The power of the champion's jersey means everyone wants a picture with you, so learned Wagner. Everyone wants to chat with you, too. Which sometimes leads to problems. "Do you speak English? German? No? Then I forfeit!" Conversation over. 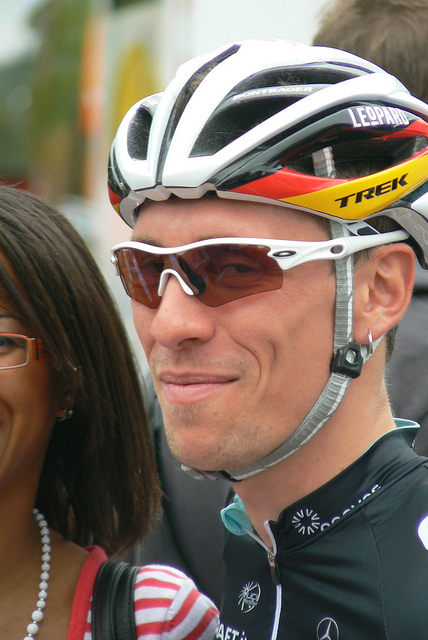 Pablo wanted a picture of JJ Haedo, and look at who I ran into outside the Saxo bus? David Tanner! 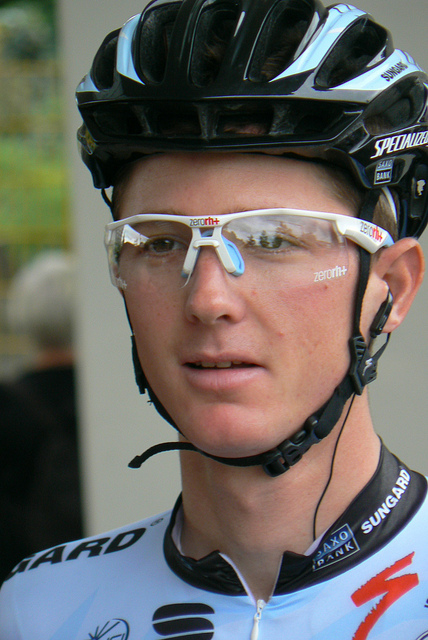 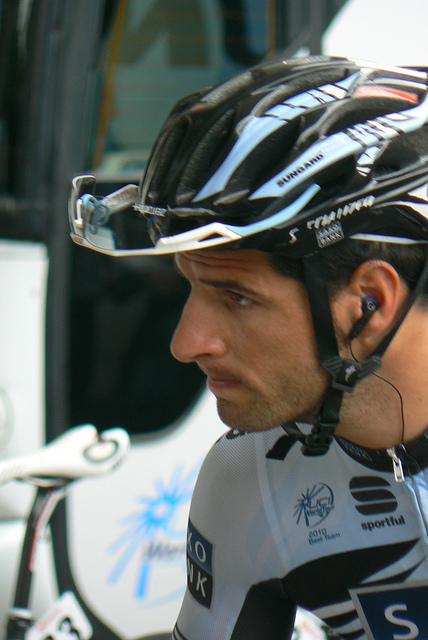 The carrots were all very late to the start. Everyone but one or two guys were off already, but all the Euskaltel guys were still inside their bus. So when they got out, there was little time for pictures and chatting. "No time! No time! Sorry!". Do carrots and bananas go together? 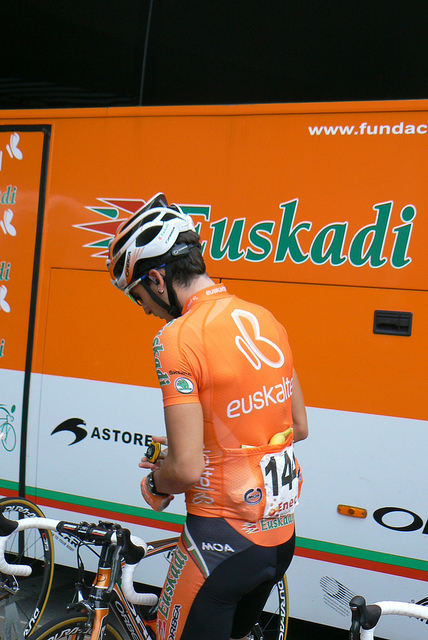 The second most popular bus - after Lotto of course - was Sky. Why not? Everything is new and shiny. They ride jags. They even have personalised number plates! Urgh. 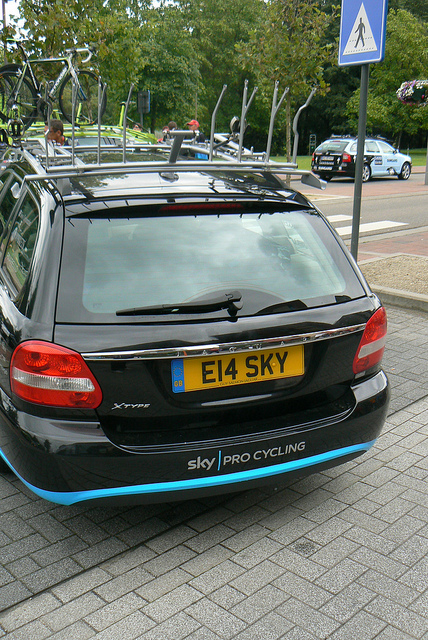 As you in the picture above, all the cars were leaving to the start. So, as did I. Bit of panic (and laughter from the crowd) when I got there, as the medics' cars had broken down. Whoops. 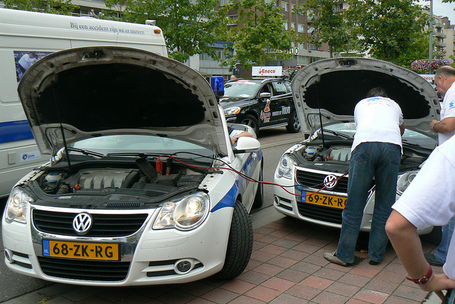 I watched the peloton stroll by just after the unofficial start (find the world champ!) 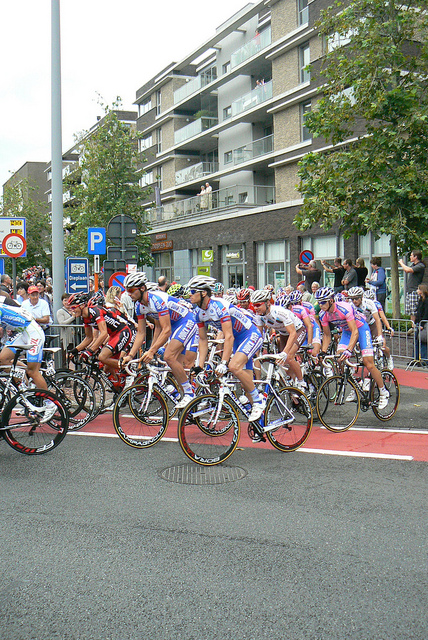 And then moved to the first intermediate sprint point, which was also the finish today. Go Phil! 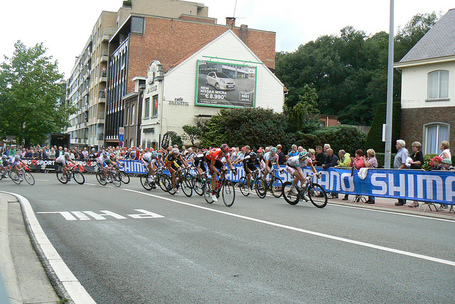 That was it for me at the Eneco Tour. Next stop: GP Jef Scherens, 4 September. See you then!