Pablo Lastras of Movistar seized today's third day of the Vuelta a España with an attack over the day's biggest obstacle, the category-3 Alto de la Santa, which he held for nearly 14km to solo home and into the overall lead. Lastras was part of a four-man breakaway along with Quick Step's Sylvain Chavanel, Markel Irizar of the Shack, and Ruslan Podgorny of Vacansoleil, but he ditched his compatriots with 500 meters to go to the top of the final climb. At that point the peloton was showing little signs of closing the two-minute gap, with the sprinters' teams letting Team Sky take the front in more of a defensive move than anything else, so when Lastras went, the stage was surely in play. He ran his gap out to some 30 seconds on the descent into Totana and held on for one of the more complex victory salutes, a tribute to fallen riders Wouter Weylandt, Xavier Tondo, and his seriously injured teammate Mauricio Soler. Clutching a rosary in his mounth, he first did this: 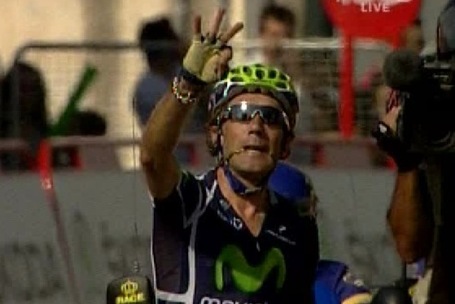 Then after crossing himself and making some other tributory gestures, he did this: 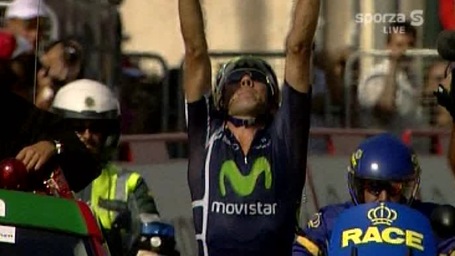 Then finally he swung his arm across his chest to this: 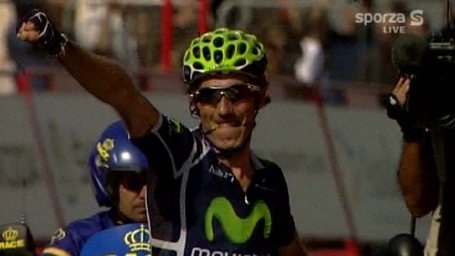 Judges gave it a 9.8, with high marks for kindness. Results: