Beijing Boycott? On Balance... No

Share All sharing options for: Beijing Boycott? On Balance... No 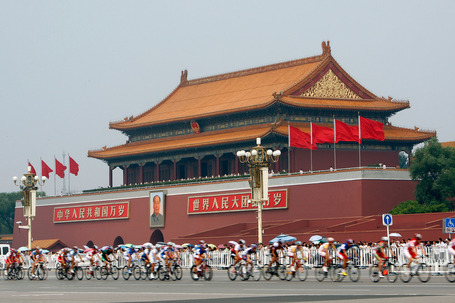 Cycling is up in arms over the Tour of Beijing, a race slated to make its inaugural appearance on the world calendar October 5. Teams are threatening to boycott the race entirely. Is it because of the treatement of Tibet? Or worker standards? Global warming? Nope... race frickin radios. The AIGCP has also raised the lack of inclusion of the race in the orginal world tour calendar, but I'm not seeing any second part of that argument, i.e. why it's a problem. Are the teams unprepared for the travel?

Frankly, the pros and cons of this affair are so numerous, let's take a tally...

Personally I hope it goes off, though that has more to do with my own connection to China. From a cycling fan's perspective, I could definitely live without it, and only really care about it as a possible long-term solution. Whaddya'all think?