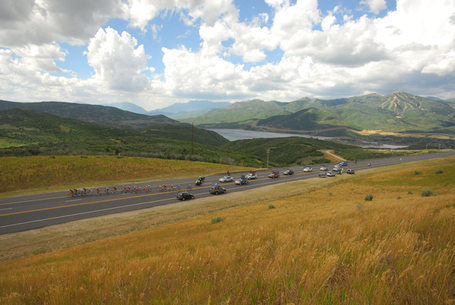 The Larry H. Miller Tour of Utah starts on Tuesday, 9 August with a prologue at the Utah Olympic Park. The race calls itself "America’s Toughest Stage Race." The Tour of Gila and the USA Pro Cycling Challenge might quibble over that title, but the Tour of Utah does have its share of hard climbs and high altitude suffering. The race has stepped up to UCI status this year for the first time and will host seventeen teams, including Pro Tour teams HTC-Highroad, RadioShack, BMC Racing Team, Garmin-Cervélo, and Liquigas-Cannondale.

I had the chance to talk to local boy Jeff Louder of BMC Racing Team, who won the Tour of Utah in 2008. Louder grew up in Salt Lake City and will be racing on home roads next week. "I’m excited. It’s neat to be part of a big caliber race in my home state," said Louder.

Join us below the fold while we talk bike racing around Utah.

The Larry H. Miller Tour of Utah begins with an uphill prologue at the Utah Olympic Park, which hosted the 2002 winter Olympics. Last year, Taylor Phinney won the opening stage of the Tour of Utah, but he will find it difficult to repeat that feat. This thing runs straight uphill at the Park City Olympic Park. How uphill? Well, the prologue runs 2 kilometers up the access road for the Olympic ski jump course.

"It’s straight uphill," confirmed Louder, and the BMC rider said that he planned to leave the aero gear at home and ride a road bike. "It should be a little more of an indication of the overall contenders," he said of this year's edition. At around five minutes in length, the uphill test won’t produce ginormous time gaps, but it should establish an early hierarchy.

Then, it’s on to Ogden for the first road stage of the Tour of Utah, which will involve a bit of climbing. The riders will summit Ogden Pass three times during the course of the stage. At 187 kilometers, this stage is a long one, and the climbing adds up. There are 2514 meters total.

"Ogden Pass is the steepest climb of the race," said Louder. The climb is also south-facing and exposed. The sagebrush won’t offer much relief at all from the sun’s blasting heat. The Ogden Pass climb last appeared in the 2008 edition of the Tour of Utah, and "it blew the group apart." Only around fifteen riders made the summit together, but Louder expects a more controlled race with this year’s deeper field. "The contenders will finish together and it’ll be a group at the finish, but not everyone will make it," he said.

The following stage offers a break from the climbing with a mostly flat jaunt from Lehi to Provo. The course runs along Utah Lake and should be a day for the sprinters. "It’s exposed," said Louder. If there’s wind, the teams could have difficulty keeping the race under control. 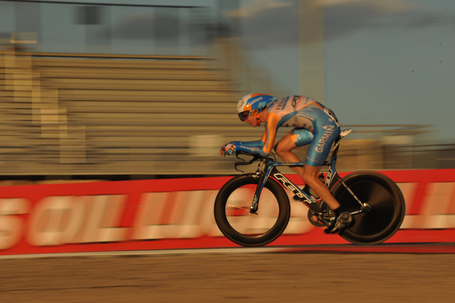 The Tour of Utah now heads into its most important stages for the overall contenders. "The last three days are decisive, and will dictate who will be on the podium," said Louder. Every stage race has its trademark feature. The Tour of Utah each year runs a time trial stage at the Miller Motorsports Park. It’s a flat, fast 14.5 kilometer test around the spaghetti motorsports track. It should suit the specialists: Taylor Phinney won the stage last year.

Then, it’s on to Salt Lake City for a new stage this year, a 132 kilometer circuit race. There’s a nasty bit of climbing on East Capitol Street, and the riders will hit that thing eleven times. The finish runs around 500-800 meters uphill to the line. This is power sprinter territory. "These are roads I grew up riding bikes on, since I was a kid," said Louder of this new stage.

Louder helped Burke Swindlehurst, another Utah local, design the course. Salt Lake City is set on a grid, which complicated their task. "We tried our best to put some turns in there, but we didn’t really succeed," Louder laughed. There just aren’t very many bends in the grid. Louder described the circuit as "not too technical." Louder suggested that it could be a good stage for a breakaway to succeed. The finish is "a punchy sprint."

After the circuit comes the finale of this year’s race, the traditional Queen Stage finishing at the Snowbird Ski and Summer Resort. The starts out innocently enough in rolling terrain, then it’s three sharp climbs to the finish. "The first climb, the Alpine Loop, is the most beautiful climb of the race. It’s the farthest from everything," said Louder. The narrow road serpentines up through stands of Aspen trees and green undergrowth. "It’s like single track on a road bike."

The Alpine Loop climb finishes just short of the summit of Mount Timpanogos, and it’s a fast, technical descent to the valley floor. The race passes along Utah Lake. The course runs through flat suburbia here, on route to the final climb up Little Cottonwood Canyon. 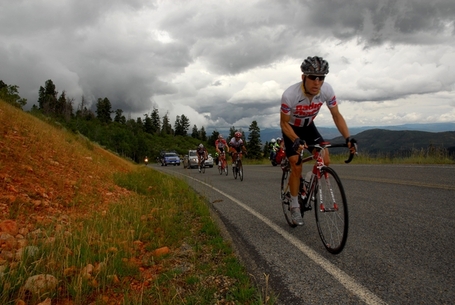 It’s a straight devilishly steep road to the Creekside Center at Snowbird Ski and Summer Resort. "It’s a hard, relentless climb. There’s no real place to hide," confirmed Louder. In past editions of the race, the field has blown apart on this final climb, but with the stronger field there could be a small group together.

Still, "everyone has to do his own work," said Louder. The straight, steep drag to the summit doesn’t leave much room for tactical creativity. It’s all about riding the bike hard on this one.

Louder named Levi Leipheimer, Francisco Mancebo, and Tom Danielson as riders with a talent for high altitude racing. He expects the riders who came out of the Tour de France well to be successful in Utah. From the North American bunch, Louder named Chris Baldwin of Bissell as a rider to watch. Baldwin is a former U.S. National Champion in the time trial and lives at altitude in Colorado.

For his own part, Louder is excited to ride his hometown race, which he has watched grow up to its present UCI stature. "It’s great that it’s made the jump to the UCI level," he said. Louder is also a fan of the Utah-Colorado combo, which offers almost three weeks of high altitude racing.

Louder is also on the hunt for a new contract, as his current agreement with BMC Racing Team ends this year. "I’ve got some good options, but haven’t made any decisions," he said. He’ll ride his hometown Utah stage race, head to the USA Pro Cycling Challenge, and then travel east for the Pro Tour events in Canada.

In the meantime, we have six stages of racing in the Utah mountains to enjoy. Christopher See, the photographer formerly known as Fred Marx, will be shooting photos for us each day. Also, we should have some updates from Clydesdale coming in. Here is the list of stages and the start list (pdf).