Share All sharing options for: Tour Of Utah Press Conference

Monday marked the official Tour of Utah press conference with 9 riders in attendance. The press conference was held in front of the Utah Travel Council building, a nice scenic location but a little warm with temperatures in the mid 90's. Spots in the shade were at a premium. Despite a little trouble with the sound system (which I understand precluded them from showing the live web stream they had planned) they managed to roll through the introductions of the race big shots fairly quickly and got to the racers in short order. 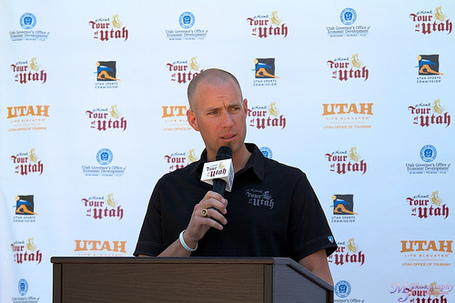 Steve Miller lead the festivities from the steps of the Travel Council Building.

The riders went in simple right to left order.

First up was Edward King - Liquigas_Cannondale in his first race back from a collarbone injury. 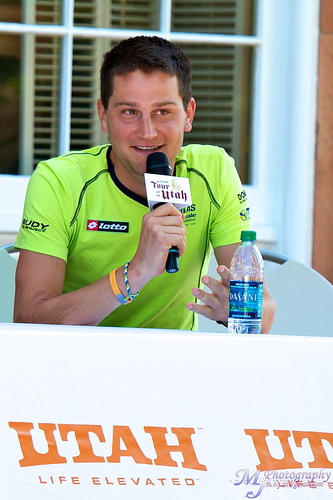 King was asked about the unique qualities of the Tour Of Utah:

It really is a combination of all the factors of the race. The heat, the altitude and of course the level of the competition all make it a hard race.

Next in line was Glen Chadwick - PureBlack Racing 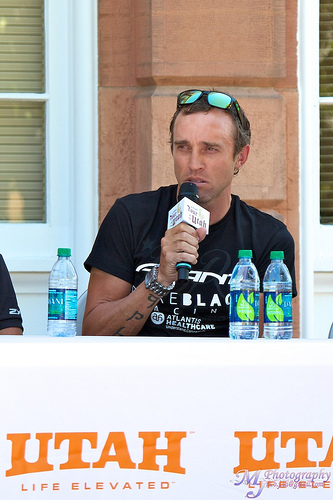 Chadwick Commented on how he has been at almost every Tour Of Utah and the great crowds supporting the race here. Called the Queen Stage Nasty and mentioned a fairly famous incident now on the slopes of Snowbird when a fan gave him a hot dog on the climb. (Funny as last night at the Team Presentation the folks I was standing next to were saying "That was me!" "I am famous now"). He also talked a little about how their team has grown together so much with the long Season away from home (New Zealand Based living in Boulder for the season. They have become like a family unit. The tour of Utah is the final race of the season for them so it will be all or nothing. 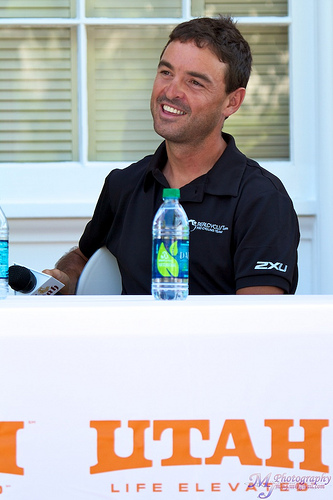 Mancebo used a translator to get the questions but answered them in English himself, Questions to Mancebo focused on the Tour of Utah vs The Vuelta and who are the top riders to watch:

The weather is very similar with the heat and lack of humidity but the altitude makes a big difference as the Vuelta is not at altitude for so long. Luckily this is only 6 days instead of 21. The climb to Snowbird is as difficult as they get anywhere. Sevilla and Leipheimer are the 2 to watch especially as Levi has great form coming out of the Tour De France. 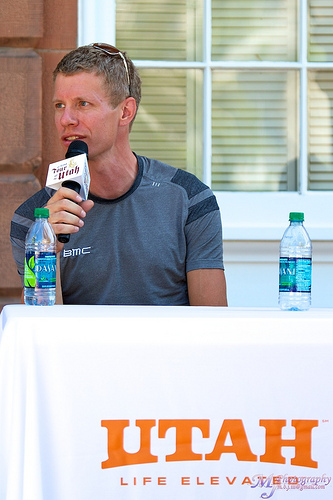 Louder always gets great attention here as a Utah native and he mentions how great it is to ride here in front of the great fans and notes how special it is to be a past winner. Race gets hard right from the start with Ogden Pass on Stage 1 being tough enough to force an elite selection in one pass much less the three times they will go over it. The difficulty of the final stage being so hard means that you can have a great race and then lose it in the final kilometer. 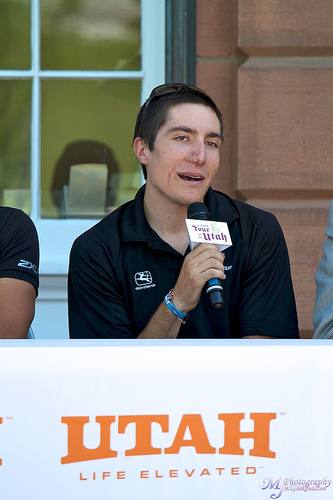 Pinkham is another Utah rider that is ecstatic about racing in front of the home fans on roads he has grown up with, Winning here would be unbelievable and is of course the dream that he would love to fulfill, any stage would be perfect but realistically very very tough to imagine. 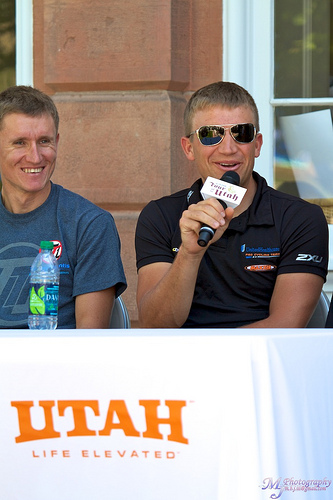 Forster says he has had the perfect season so far, as far as what the Tour Of Utah has in store for him "I don't like the heat, I don't like hills so it's perfect for me" they are targeting the sprint points for the Points jersey and will do all they can in the other stages. 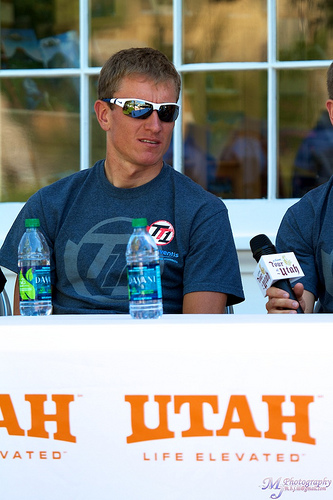 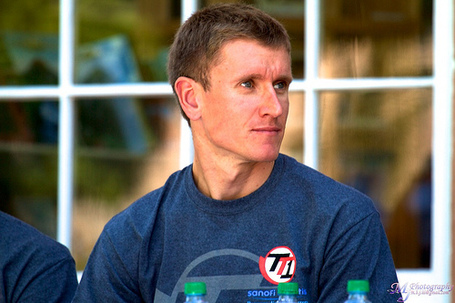 The Efimkin brothers were up together as Vladimir is apparently the only one that speaks English. Aleksandr did not give any comments but Vladimir talked about how they were targeting all breakaways possible. 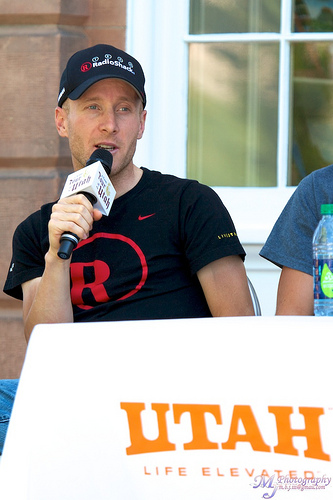 Levi spoke for quite a bit about the great bike friendly area that the Tour of Utah runs through. Growing up in the area is what really got him into cycling. Weekly Tuesday night crits regularly had over 100 riders in them. Curious to see if racing up Ogden Pass is as hard as he remembers it to be.

Three past winners of Tour Of Utah 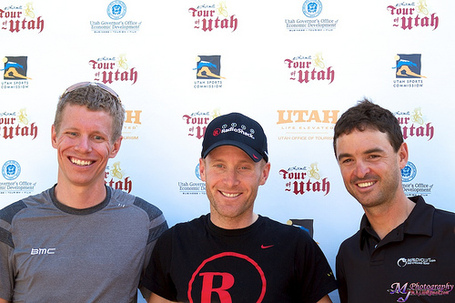 Had to throw this in as well.....can his feet touch the floor? 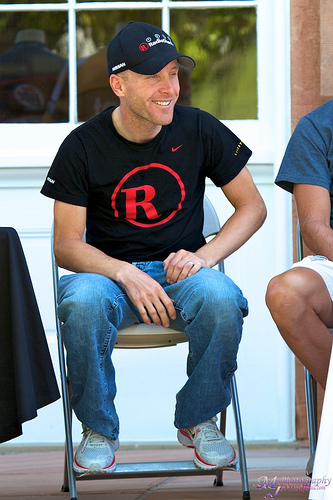