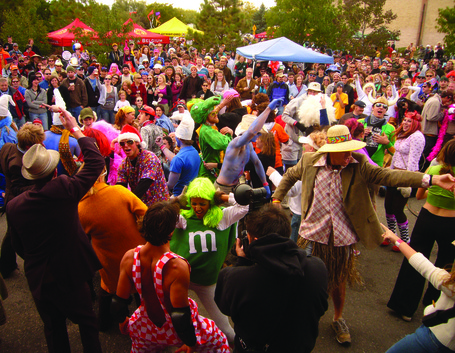 What happens when you take some pretty excellent beer, add bikes, environmentalism, giant puppets, creativity without borders, guys with welding skills, and an atmosphere that resembles Burning Man on a road trip? Honestly, I'm not too sure... But I do know that trading your car for a bike is a pretty good thing...

This idea salad comes to you courtesy of the New Belgium Brewing Company and its motley road show, the Tour de Fat. Started in 2000, the Tour de Fat is a celebration of a certain segment of cycling culture, the funnest part, which intersects with the racing part exactly not at all. The Tour de Fat got its start in Fort Collins, Colorado, just up the road from Boulder, and home to New Belgium. But it's a Tour, meaning it moves around, and this year -- well into the Tour -- they're headed to San Francisco, San Diego, LA, Tempe, AZ, and Austin, TX. Each stop promises a parade, a dance party, and a few other headliners, like a ceremony inducting one lucky applicant into the realm of those who've given up their gas guzzlers for a nice, shiny, New Belgium-customized commuter bike. 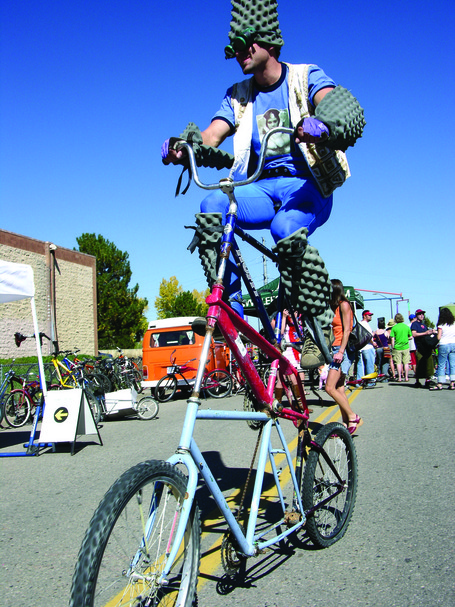 What's it all about? Why am I blogging about it? A variety of reasons: they sent me the Tour de Fat book, which was great fun, and something I know DS Little Bear will connect with. I had a New Belgium Abbey last night and... more on that in a moment. It speaks a lot about the role of bikes in making society a better place, which borders on politics and which I've talked about on occasion before, with the knowledge that it's not everyone's cup of tea.

But mostly, it's cross season, or is about to be, and there's a really curious offramp from the racing world that maybe people haven't noticed yet. In Seattle, there are two Cross series, one that's more about racing and one that lets its hair down a bit more. Both, and especially the latter, are known for more than just beer handups -- people race in costume, or their underpants, or whatever else seems like an especially bad idea. People weld crazy contraptions to their handlebars. And everything Belgian is held in the highest esteem.

From the short time I spent in Flanders my hunch is that this would all come as something of a shock to most Belgians, and their neighbors too. There, cycling and even cyclocross is fundamentally mainstream, so if anyone views biking as a statement, it's probably not a very profound one. But in the American world of endless cars and highways, cycling is still, for better or worse, easily appropriated by protest movements. And from my vantage point, a pretty large segment of those movements intersects with a more familiar subculture -- people who like to drink Belgian beer at bike races. The beer part, New Belgium is on the job. I don't want to start a beer war, and I know identifying a good brew is like calling out your favorite band -- there's plenty of room at the top. But I submit, even to our Belgian readers and other Old World beer connoisseurs, that New Belgium is doing a pretty solid job of importing your ideas. Everything but the giant bottles and the insistence on matching glasses.

Honestly, I don't know what to do with all of this, but when the Tour de Fat returns to Seattle, I am pretty sure my kids will be old enough to enjoy it. They love creativity, especially with wit. They love bikes. And they will find something to do while I'm in the beer tent. In the meantime, I can be content with cRaZy Cross days and some American brew that makes me miss Flanders a little less. 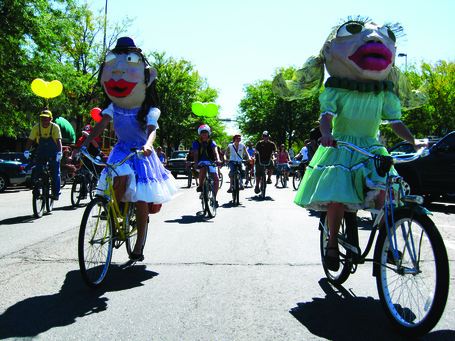