I am writing to you from a dull and dingy office in south west Essex, and am mournful of visage, for there are no mountains here, no white farmhouses with red roofs, no pintxos, no txakoli and no men in orange. I am no longer in Euskal Herria, and am thus in need of a hug. This week I lived the dream, and I hope to live it over again in my memories as I write this. UrlaubInPolen, known by many as Urbs (which is easier), went to stages 17, 19 and 20 of the Vuelta. We cheered with the masses on Peña Cabarga, were swept up in the euphoria of a Basque victory in Bilbao, and joined the orange wave on the Urkiola. I never, ever, wanted to leave.

We started not in the Basque Country, but in Cantabria. We flew to Santander and stayed there for a night, using it as our base to make an assault on Peña Cabarga the next day. We were a little unsure as to whether this would work, relying as we were entirely on public transport, but set out the following morning by train to the village of Heras (that name sound familiar?) and walked to the base of the climb. Two flat kilometers belied the pains of what was to come. I’d really rather have travelled uphill for 6kms at 9.2% (going up to over 18%) on a bike; I swear I used muscles which have lain dormant for years! Walking down really did it for us. We felt arthritic for days.

Here's the climb from Santander, on the night before the stage: 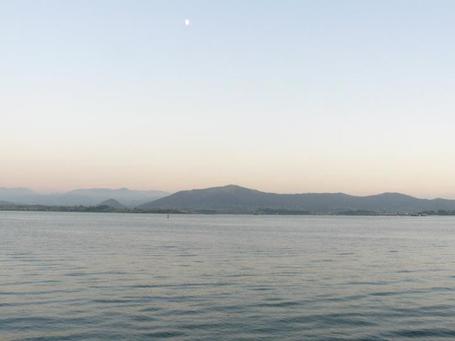 And here it is again, from Heras station. It doesn't look much here, but believe me, on foot (or by bike), it is: 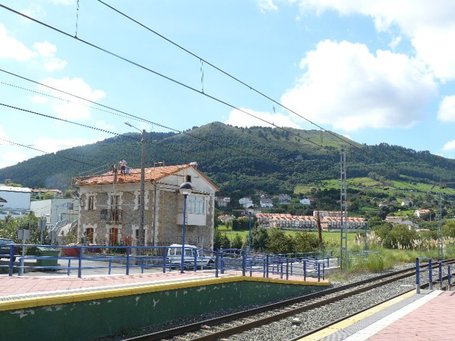 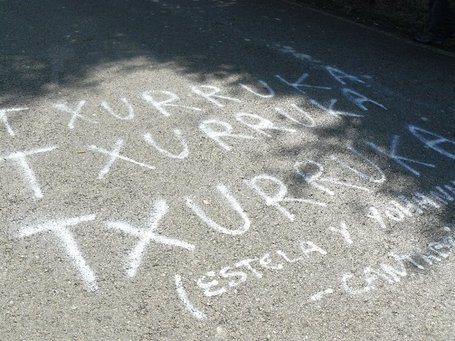 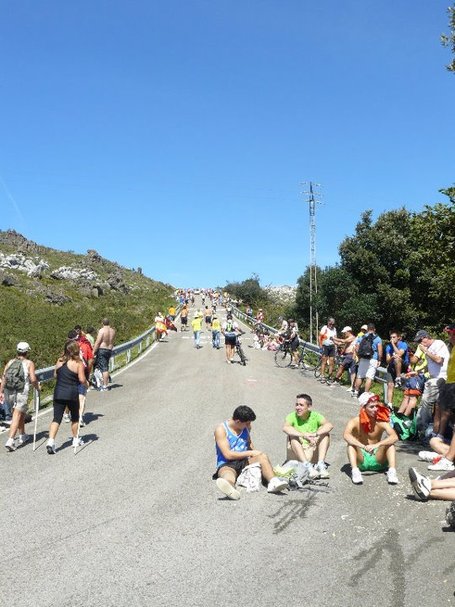 That's a fake Carrot on the left: 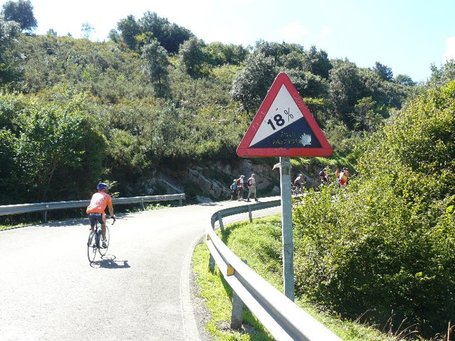 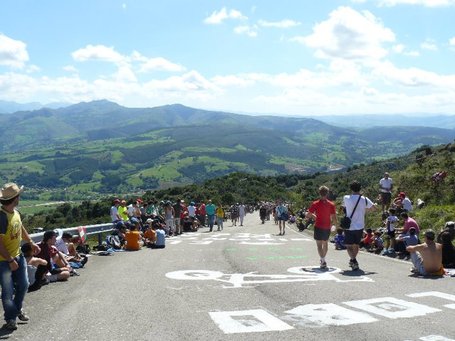 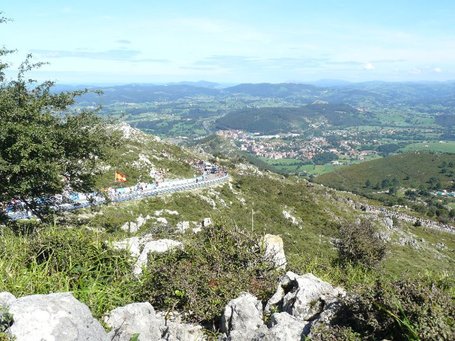 Will, just for you. Aren't I kind? 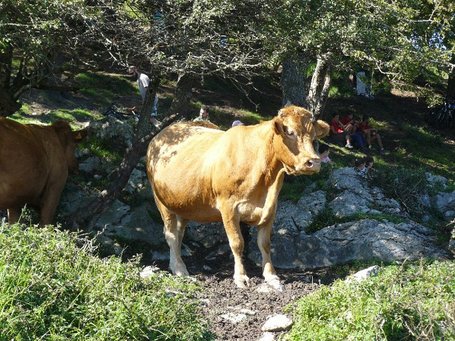 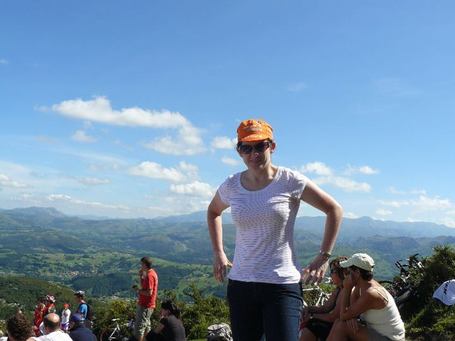 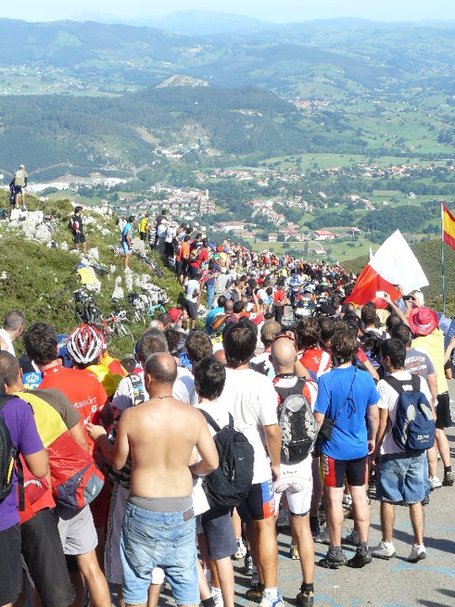 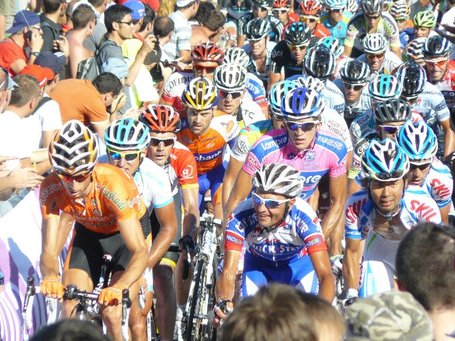 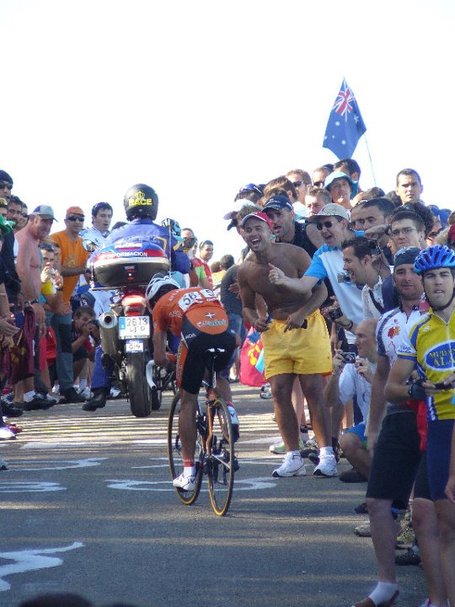 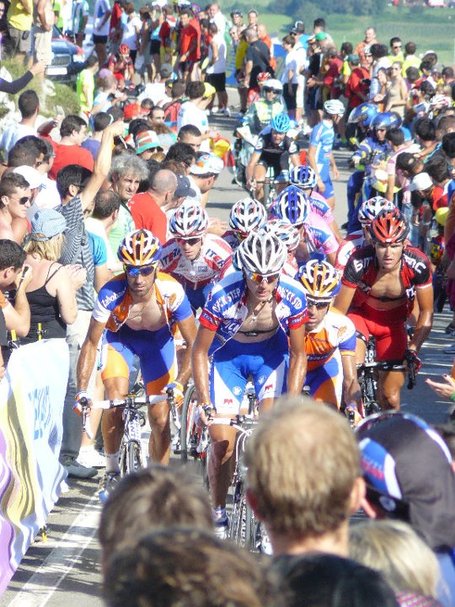 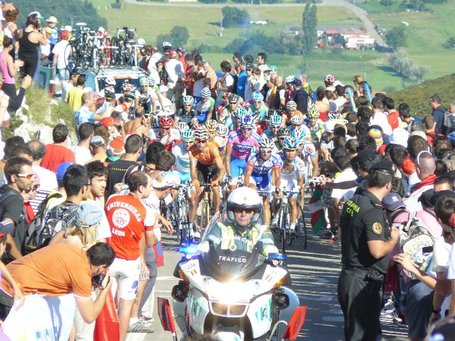 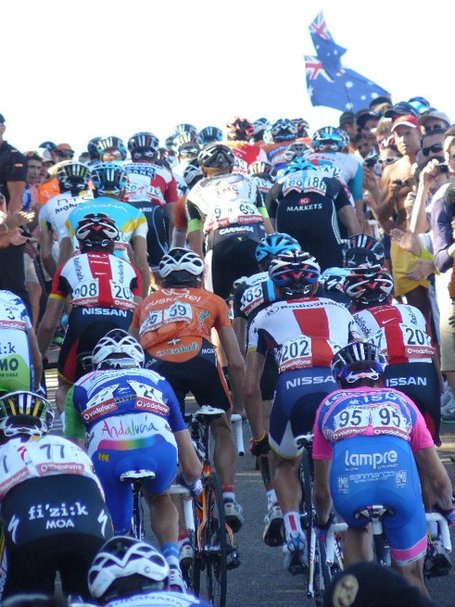 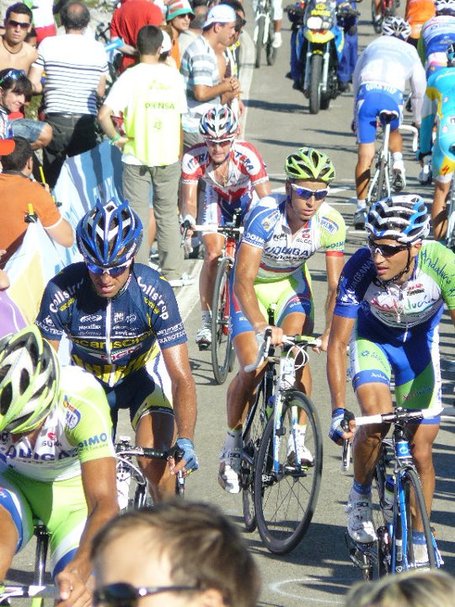 Upon arriving back in Santander after the stage, we headed straight to the bus station and made haste to Bilbao. On the day of Stage 19, we wandered down to the Gran Via early and staked out a spot just past the finish line. It was a very hot day, 38C at 6pm, so likely pushing 40 earlier on, so much water was consumed in waiting for the riders to arrive. This was an event. Whoever had won it would have been, but what happened as the race unfolded was indescribable. The Vuelta was back in the Basque Country for the first time in 33 years, and all Bilbao was bedecked in orange, thronging the city centre several deep for a glimpse of the action. We had a big screen in view so could see events play out as the protagonists wound their way to Galdakao and back. The noise was immense when the break came through for the first time, with both Anton and Verdugo present, but this was nothing when set aside the roar as the former attacked on the climb above his home town, in front of family and friends on the roads he knew from childhood. Surely this was a dream? Surely the miracle couldn’t happen? We were unable to understand much of the commentary as it was in a mixture of Spanish and Basque, but we knew enough of both to pick up the time gap which was given as each kilometer ticked by…27 seconds, 30, 32, 34, 40…it was on, and the ecstatic throng knew it. The tension was unbearable, sweaty palms, silent prayers, and then in the distance a diminutive figure in orange, surrounded by a flotilla of cars and motorbikes, looking at the same time magnificent and somehow vulnerable. Magic. As he came across the line, pumping his fists and slapping the Euskaltel logo on his jersey, we were there. We will never forget it. 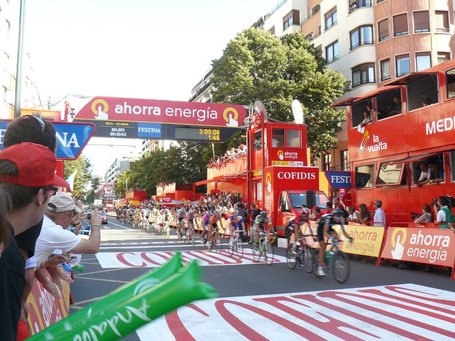 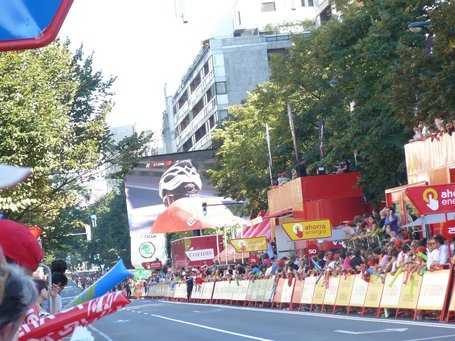 We were quite a way from the podium, but I think these pictures capture the joy of the local boy suitably! 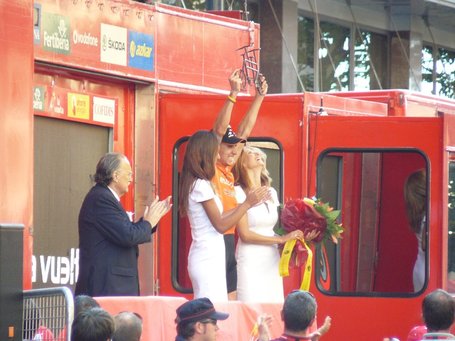 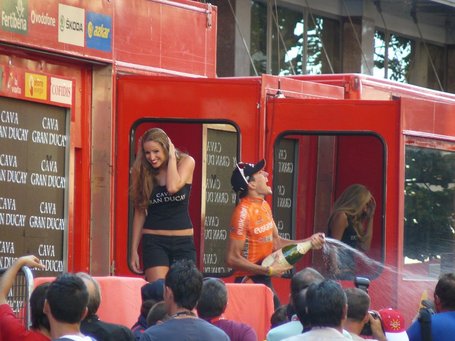 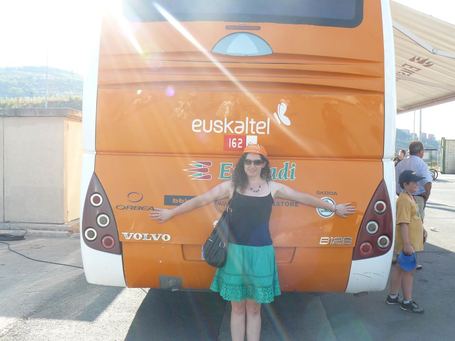 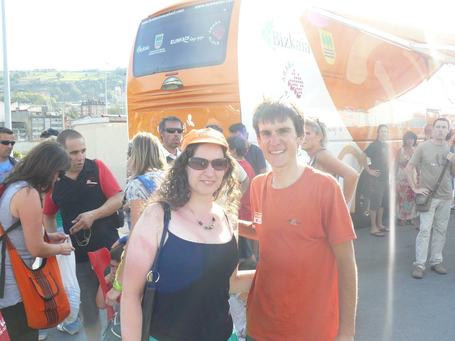 In Part 2, we pay Movistar a visit and scale the Urkiola! Stay tuned!