In a surprising piece of news, Kristin Armstrong of PB & Co. will not ride the World Championship time trial in Copenhagen. Armstrong told the Associated Press that she is on her way back to the United States after Amber Neben of HTC-Highroad appealed Armstrong's selection. Armstrong is the reigning Olympic champion in the time trial, but Amber Neben placed second in the this year's U.S. National Championship.

"I landed in Denmark only to find out that I had been replaced. Three hours later in the airport, I am on my way home," she said. Armstrong's decision to travel home means she will not compete in the road race.

The United States receives two slots for the time trial at Worlds, and the selection process uses the national championships and recent international results to determine the team. Thanks to her victory at the National Championship, Evelyn Stevens of HTC-Highroad received the first spot. The USA Cycling selection criteria automatically grant the national champion and any rider finishing in the top three at the previous year's World Championship a start at the time trial. In 2010, Neben placed fourth at Worlds, while Armstrong took the season off to have a baby. 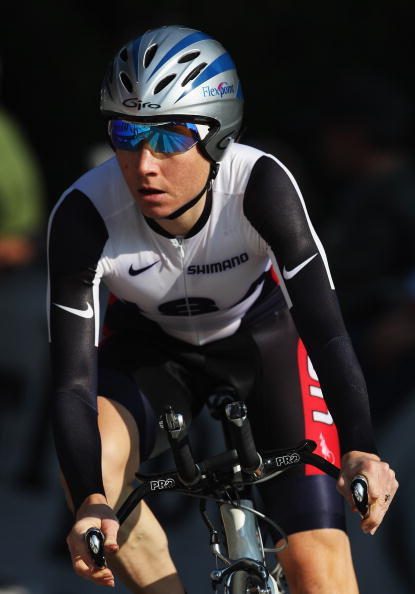 In 2008, Neben won the World Championship time trial and has placed consistently well in the discipline throughout her career. Armstrong has generally out-ridden Neben when they have raced head-to-head, but the selection rules grant priority to riders with demonstrated recent international results. In contrast to Neben, Armstrong did not travel to Europe this season. The PB & Co. rider also had a disappointing ride at Nationals after a crash hobbled her preparation.

Neben's successful appeal sets up an intriguing plot twist on the road to the London Olympic Games. Armstrong returned to racing this season with the ambition of winning another Olympic medal. That ambition just become more challenging, as she will need to ride well next season to meet the Olympic selection criteria. In 2004, a similar coach's selection appeal excluded her from the Athens Olympics. Armstrong will also miss a key opportunity to test herself against the top riders who will be her rivals for Gold in London.