Share All sharing options for: De-Kapel-tation: On Second Thought... 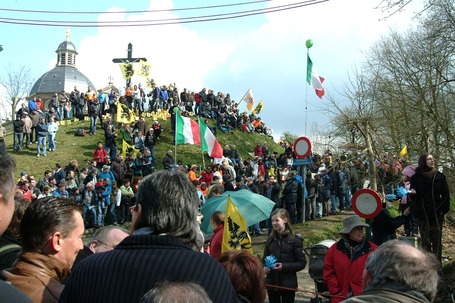 This afternoon's news that the Ronde van Vlaanderen has shifted its finish from Meerbeke to Oudenaarde was pretty thoroughly digested and discussed earlier, but personally I need to walk things back a little. You see, I took the position that the race should be no less interesting, that the loss of the Muur van Geraardsbergen will be nimbly replaced by the iconic Oude Kwaremont and the very tricky Paterberg. Oudenaarde is a lovely setting for a finale. The race adjusts, and so do we.

About eight hours later, the shock and denial gave way to sadness. Then anger.

You can't analyze your way around the fact that the Muur isn't going to be there. You can't just delete this scene and say "oh well." Maybe this is just my distant, media-fueled American perspective ("you're not from Brakel"), but in my mind the Muur is too perfect to be replaced. 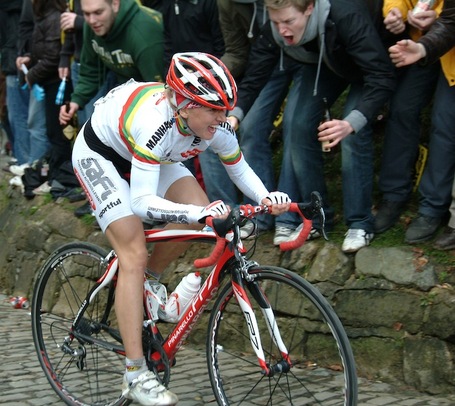 The Muur is everything you want in a single moment. Physically, it's a stadium atmosphere at the summit, the Kapelmuur, where you can stand in one place and watch the cyclists pass the pub, turn up the final incline, hit the gas one more time, get over the top, and start bombing down in the direction of the finish line. Strategically, it's a place where the race is either decided or strongly influenced. Worst case scenario, you have a strong leader alone, and the chase in full cry. Best case scenario, you see the great gladiatorial spectacle of a cobbled classic on full gas. It's not the steepest of the steeps, but it's hard enough, the stones are brutal, and a full kilometer of climbing, fueled by adrenaline and the situation of the race. You can see the pain on pretty much everyone's face.

More than this prima facia awesomeness, the Muur has something special -- meaning. I won't call it holy or sacred and I won't celebrate tradition for tradition's sake. But it's been what it is for some four decades. It's all of the things I mentioned above. Everybody knows it. And because of this, there's the energy. Way cooler than "storied-ness" is the feeling generated by the massive collection of people on site, shoulder to shoulder, tensed like jungle cats for hours waiting for the one moment (per race) when the action will explode. Hell, not just waiting for hours but months. All year. Unlike the three passes of the Paterberg in the new plan, with the Muur you got one look. You focused all your attention, a year's worth of anticipation, on one brief passing of a great race, knowing that that minute or so will matter. Sports emotions are an echo chamber, so if it matters to us, then it matters to them, which means it really matters to us... and so on. The Muur has always mattered.

If we're lucky the Paterberg will too, but even if it decides the race on occasion, it won't truly matter the way the Muur has unless and until the fans decide it does. And here's where things start falling apart. How long will it take to convince Flemish fans and the increasing stream of foreigners that the Paterberg is an adequate substitute? Mass media has cemented images of the Muur in our collective minds, and letting go will not be easy. If the Oude Kwaremont is not selective enough, there will be grumblings. If the Paterberg is too short or the sight of riders using the gutter is a big letdown, there will be anger.

Worst of all, if the multiple passes deplete the energy of the late-race crowds, then it simply won't matter. The magic of the classics is their urgency, seven hours of now-or-never riding, where your biggest ambitions of the year can disappear in the hiss of a flat tire. This dynamic is passed on straight to the heart of the fans, people like us, toasting the Koppenberg for five minutes a year. The classics don't thrive on brutality alone; they need that fleeting nature, and so do we. For the finale, VIPs glutted on multiple peloton passes up the Paterberg won't generate a fraction of the energy you get on the single pass of the Muur. That's the magic which hangs in the balance, or the balance sheet. If Flanders Classics loves the race, or even if they just love its value, they can't just open a map, delete the line thru Geraardsbergen, and tell us that it's an improvement. 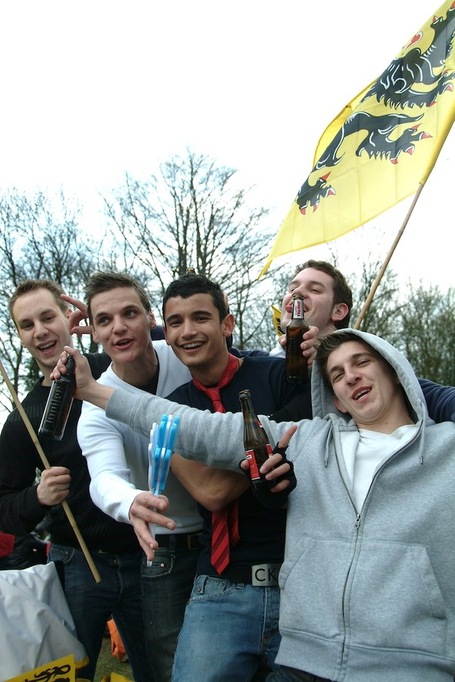