Ode to Giorgia and Thor

Share All sharing options for: Ode to Giorgia and Thor 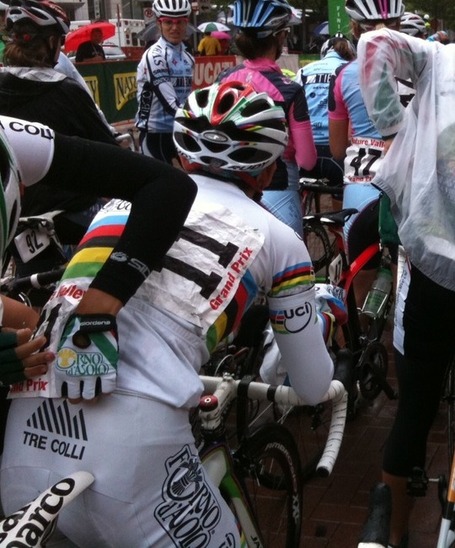 The Worlds are such a watershed moment each year, like no other race really. Thanks to the awarding of a jersey to be worn for the next 12 months, as well as their position near the end of the current season, they very neatly divide the campaign of the reigning world champion from his or her successor. So with the elite races approaching this weekend, it's time to put a wrap on the rainbow campaigns of Thor Hushovd and Giorgia Bronzini.

I'm not too expert on Bronzini's career, but I sense the two outgoing arcs-en-ciel share some on-bike characteristics. Both specialize in winning stage race stages, by way of the sprint, though neither is a pure sprinter. Bronzini, like Hushovd, appears to do well over hard courses, and she outlasted the field in Geelong to win a difficult sprint there. Just like Hushovd. Neither is a dominant star at present, but neither is too far removed from some pretty epic campaigns. Both could be counted on for 8-10 wins a year between 2005 and 2009. Both were solid, if unexpected, candidates for a turn in Rainbow.

Bronzini's 2011 season in the jersey was not especially memorable, alas. One win in Italy (GP Liberazione) and five more in her late spring North American pre-Giro tuneup campaign was all she had to show in the victory column. It's all about raising your arms in the rainbow kit, and she failed to do that with her past regularity or in major races. The biggest disappointment has to be two second-place finishes in Giro Donne stages -- not that she's owned her home country's tour but Bronzini is a frequent stage player, and it's the biggest race of the year. I'd have to guess she wanted one of those stages pretty badly. By Rainbow campaign standards Bronzini was respectable, as always. But that's all.

Hushovd, meanwhile, goes out in slightly more style. It wasn't looking good after a spring campaign marked by conservative tactics and the inability to shake Fabian Cancellara at Paris-Roubaix, his principle goal. But it all came back around, and then some, in July. Three stage wins (lumping in Garmin's TTT success) and eight days in the maillot jaune is a lifetime of success for the vast majority of riders. On the biggest stage, Hushovd not only led the race (symbolically), he rode like a true champion of his discipline en route to victories at Gap and Lourdes, the latter an especially impressive, utterly storming win. Overall, Thor won four times on his own (stages of Suisse and Britain too), a total that looks good next to the last several world champions. I'd rate his reign the best since Boonen in 2006 (RvV, 22 wins), easily.

Congratulations one more time, Giorgia and Thor. Hope you had fun. 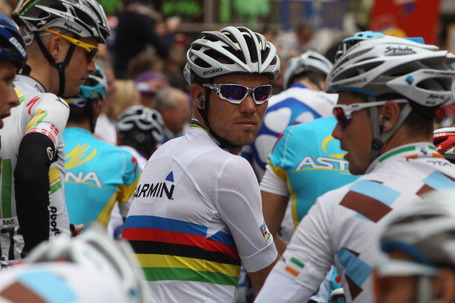