Share All sharing options for: Skil-Shimano To Have New Sponsor, Changes Name 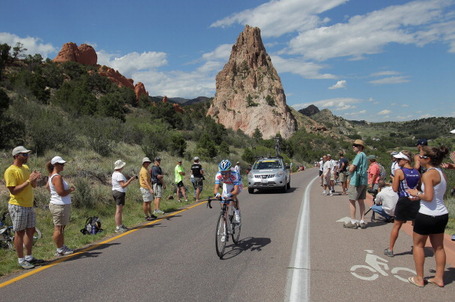 Skil-Shimano will have a new sponsor next season and a renewed plan to reach the ProTour in the next two seasons, according to a team press release today. The new title sponsor is a European multi-national, who has committed to a three year agreement. Shimano, Felt, and Pearl Izumi will also continue as sponsors.

The catch? The team will not name the new sponsor until next Spring. In the meantime, the team will race as 1t4i. The formulation stands for: Team spirit, Inspiration, Integrity, Improvement, Innovation. Count with me now! That's one T, and four I's. The logo will appear on the team kit.

We are very proud that we have succeeded in finding an important international partner for our team and to benefit from the confidence of our partners. This will permit us to pursue this ambitious project and join the elite of world cycling. We are excited for the future and we are very motivated to develop this project," said team manager Ivan Spekenbrink, of the high ambitions of the new Project 1t4i.

The 1t4i team will also have a new base in southern France, Experience Pro Cycling, which will provide a training camp for the riders and will open to cyclotourists, amateurs racers, corporate events, media, and fans.

The project has an environmental angle, and the 1t4i team will serve as ambassadors for the Trees for Travel nonprofit, who are dedicated to natural conservancy and carbon emission compensations. The team will aim to be carbon neutral, by working with Trees for Travel.