Offseason Capsule: TSV in 2011. Were the kids alright?

Share All sharing options for: Offseason Capsule: TSV in 2011. Were the kids alright?

Hey, TDU hasn't started yet, so this still counts! I'm not too late! You're not my boss, you can't fire me. 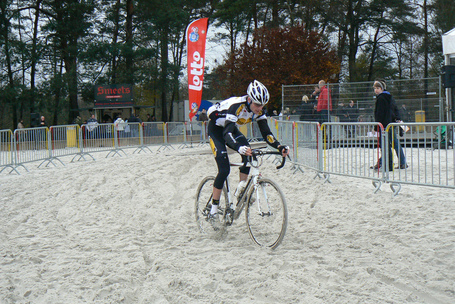 (picture by a great and subconscious girl)

First, a quick introduction. TopSport Vlaanderen is the government-run - well, one of our government at least - sports program of Flanders. It isn't just for cycling, that is just one part of it. But since the dawn of time, or somewhere mid nineties at least, there has been a TSV cycling team, for both road cyclists and trackies. They're a ProContinental squad that like the classics, no surprise, but also usually participate in your second-tier Spanish or Italian climby stage races (think Burgos). They have a modest budget of 2.5 million euros, and have produced some great names in the past: Tom Boonen, Tom Steels, Stijn Devolder, Leif Hoste, Björn Leukemans and Jelle Vanendert are all former TopSporters. Unlike other teams, they want their talents to leave the team as soon as they're ready (but no sooner). Talents don't quit TSV, they graduate from it.

What we thought coming in

Well, I don't know what you thought, but I was hoping for the top names that stayed - Michael Van Staeyen, Pieter Van Speybrouck and Kris Boeckmans, I'm looking at you boys - to step up a level. This being a development squad, there's no use in hoping for classics win or GT podium stages. No, let us look at this with a bit more realism. Semi-classic podium performances - like Sep Vanmarcke's second place in 2010's Ghent-Wevelgem - or sprint wins in tours of say Britain, Turkey and Oman are the absolute height of what you can expect of them.

Kris Boeckmans spent the better part of 2010's spring swapping the title of Great Belgian Sprint Promise with Jens Keukeleire. Even though he lost that fight, 2011 should have made him step up a level. Maybe bag a win in, say, the Tour of Qatar? Or podium in de Scheldeprijs? Same goes for Michael Van Staeyen, though he only comes alive for the autumn part of the year. In a steady development winning a stage in 2010's Tour of Denmark should translate into, what, a stage in 2011 Eneco Tour? Tour of Poland perhaps?

On a climbier level, Jerome Baugnies was well on the way to a top 15 in the Ardennes classics and the likes. Of their incoming talents, Jelle Wallays was the 'biggest' name, having won the U23 Paris-Tours in 2010, one might expect him to be quite quick.

Nothing of the sort, really. Kris Boeckmans failed to impress, though in his defence he missed all of the cycling season before May, which, to a Belgian, is pretty much all out of the cycling season. Michael Van Staeyen had his usual half-year nap and then stuck to results that, in terms of worthiness, were basically on the same level as the year before, maybe even slightly lower.

In the same direction as they have been going, just maybe ride a little faster. You're not always going to have a Boonen or Vanmarcke in your squad, sometimes a Boeckmans will have to do. The peloton isn't just Belgian any more and, and I truly believe this, that's a good thing. OmegaStep find their young kids in Poland (via the Shack) and the UK (via An Post) these days; Lotto-Belisol - that new Belgian-centered team - signs a New-Zealander and an Iranian. The world is getting bigger, the bar has been raised. My TSV boys will just have to learn to jump higher.