Offseason Capsule: The opposite of Saxo

Share All sharing options for: Offseason Capsule: The opposite of Saxo 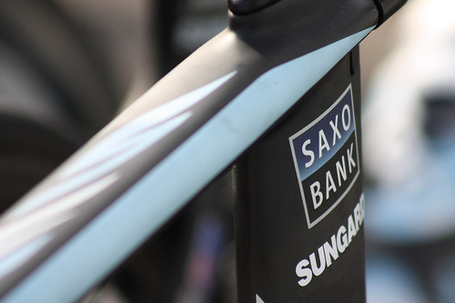 For hundreds of years danish vikings raided, pillaged and conquered the continent. Perhaps then it was only fair that the same would be done to them eventually but really? Getting plundered by a real-estate mogul from a tiny, tiny taxhaven, is that dignified? Would Canute the Great have stood for that? Would Harald Bluetooth? Anyways the house that Bjarne built was more or less left as a half-empty shell as the newly formed Leopard team pinched all the stars and some of the best support riders and staff. Riis bounced back with the spectacular signing of Alberto Contador but a lot of the old depth was lost . So 2011 looked like a very different year for Saxo.

What we thought coming in.

After the whole shakeup and the arrival of Contador I think many of us expected continued GT domination. It seemed likely that Riis would turn the table on the Schlecks and stand victorious in Paris while his former protégées where once again relegated to second place. Adding to that Contador would probably grab a few more wins along the way, perhaps even a second GT, be it Giro or Vuelta. With the clenbuterol-case the whole season was thrown into uncertainty especially since the Leopard exodus had left Riis pretty much without a Plan B, or even a Plan C for that matter. Relying on a brilliant sophomore year from 2010 breakthrough Richie Porte seemed optimistic at best.

As for the rest of the calendar, uncertainty was the theme as well. Proven performers where gone and replaced by youngsters and riders on questionable career-paths like Nuyens. It was decidedly difficult to see where the headline-grabbing results were going to come from. Certainly the 2011 team looked a very different one. We have always come to expect a Riis Cycling team to be very diverse with lots of riders providing wins and results. Suddenly they look like an old school team of few stars and many anonymous helpers.

The season started as pale as Saxo fans had come to fear. No results. Even in Paris-Nice, a race the team has dominated at times, they were nowhere to be seen. But then the cobbles happened. Having opted to sit out Het Nieuwsblad to peak later ,Nick Nuyens showed flashes of the talent he hid so well at Rabobank when he won Dwars door Vlaanderen. And that was just a small taste of what was to come as he fulfilled all his old promise by outsmarting and outsprinting everyone to win the Tour of Flanders. Bjarne was somewhat happy. Then, aided by the fear of suspension and not knowing if he would get to defend his TdF title, Contador made the Giro his bitch relegating the local GC hopefuls to pale supporting roles after the Etna stage. He would later come to pay the price for dominating the hardest Giro parcours in years when he, and just as importantly his teammates, came off looking tired and ragged in July. So, one dominating GT victory but perhaps not the one Riis and his sponsors were hoping for?

Looking beyond the big two, Porte was mishandled and never really showed the brilliance of 2010. CA Sørensen pulled off an impressive 6th place in Liege-Bastogne-Liege, struggled as the rest of the team in July and then had a promising if unspectacular Vuelta riding for himself for the first time in a GT. While Gustav Larsson was nowhere to be seen all season, JJ Haedo pulled off his first GT stagewin in a messy sprint in the Vuelta. Many of the youngsters showed promise but we saw nothing of the depth that has characterized Saxo/CSC over the years.

1. Contador triumph in the Giro d'Italia. Say what you will, Riis loves the Grand Tours and a win by his new star was always going to trump a monument win.
2. Nick Nuyens reborn, wins the Ronde van Vlaanderen. Building the legend of Bjarne, the mender of broken careers, the joy in the Saxo car says it all really. Also don't underestimate the pleasure taken in the new recruit besting the defector Cancellara on the most important of days.
3. The non-decision on Contador. Think of it what you will, the drawn out process and the decision by the spaniards to allow Contador to keep racing saved what could have been a disastrous season in anonymity for Saxo. They gambled a lot on Contador to carry the team and had he not been racing they would have had a rough time pulling together the points needed to keep their PT license.

1. Contador's crash-riddled fizzle at the Tour de France. The dominant three time winner was a pale shadow of himself, never really finding his groove in the race. The supporting cast looked ragged as well as Giro-fatigue, crashes and questionable team-harmony turned the "given" TdF victory into three lackluster weeks .
2. Richie Porte gone missing. After a breakthrough 2010 many were excited to see where Porte would go next . Unfortunately after a troubled spring Riis suddenly flip-flopped on Porte's schedule, skipping his TdF only focus, sending him last minute to do the grueling Giro. Then came the Tour debut where he was pretty invisible and a late season where he was clearly lacking in motivation, probably with his mind already moved on to 2011 and Team Sky. Guess we'll have to wait another year for the answers on Porte.
3. The non-decision on Contador. Think of it what you will, the drawn out process and the decision by the spaniards to allow Contador to keep racing kept the team in limbo going into 2012. With the insecurity hanging over the team they clearly struggled in the transfer market. The inability to sign one or two new big riders speaks volumes of the hesitation riders feel. Of course budget might be an issue but it is probably only a small part of the problem, remembering that CSC/Saxo used to be one of the top teams on riders wish lists even when they didn't offer the biggest paychecks.

Where do they go from here?

This is the tricky part isn't it? With the Contador decision just days away (hahahahahahaha, yes I am an optimist ) we really need two versions of this, one where Contador rides and one where Saxo will have to do without him.

WITH Contador 2012 will pretty much be a do-over of 2011, not much has changed. The support is about as good (or bad) as it was last year. The big difference of course will be that AC goes into the Tour 100% prepared for it and if the past is any indication that should make all the difference, good support or not. Contador should also provide one or a few wins in the smaller prep races I would guess. As for the classics, Nuyens now goes into the races a more watched but also a more confident man. Kroon is back making Saxo an interesting but certainly not one of the most impressive teams for the springclassics. Apparently hard-pressed to put some wins on the board Riis has pledged to do what he has never in the history of the team done before, support a sprinter with a train. If JJ Haedo can step up and prove that move to be worthwhile remains to be seen. At least it is in the spirit of the early years of CSC, attempt to make the most that you can out of limited resources.

WITHOUT Contador everything is up in the air. Clearly Riis has struggled to come up with a Plan B and it could come back to bite him in the ass in a disastrous way. Saxo will have to come out with some fantastic Cinderella stories to score big UCI points this season and it's not that easy to see who is going to step up and get it done? Perhaps the top lieutenants Daniel Navarro and Chris Anker Sørensen can compete for top 10s in the GTs but neither of them look like obvious stars. Haedo is fast but nothing points to him being a winning machine even with better support. The polish talents, Majka in particular, look really promising but bringing in the top results? With all the stars in alignment the classics squad could pull off some wins both on the cobbles and in Amstel but just looking at some of the other powerhouses out there this year I wouldn't bet any money on it. The rest? Talent, sure, but not many wins among them presumably. In short, Riis had better been p(r)aying to make sure Contador rides in 2012. The future of his team might depend on it.

Edit: Photo by me. Used with permission. From myself.