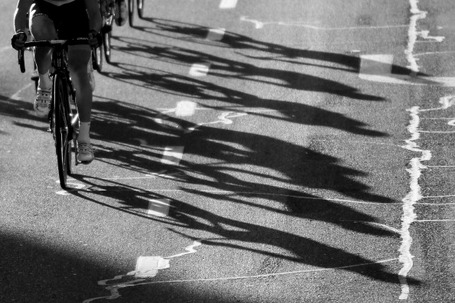 We've spent most of this week baking our brains out in Australia's summer heat. Yes! Bike racing! The Tour Down Under is so on. Check out stage 5 with Willunga mountain (which really isn't a mountain, according to the locals).

We sent our best wishes to Emma Johansson after she got hit by a car. Fortunately, she's recovering well after surgery on (two!) broken collarbones. Also, she has a cat. Which is awwww.

We learned all about the new Australian team GreenEdge.

We started counting the days until the Tour of Flanders. Well, some of us never stopped. Now we know the wildcard invite teams. Progress! It'll be here before you know it! Promise!

Fancy Wheels. We heard all about Hed Wheels from Andy Tetmeyer. Science!

We previewed Santos Tour Down Under and Willunga not-Mountain before we watched it. That's why it's called a preview, silly.

Chris seems to think Philippe Gilbert could win the Giro someday. We think maybe he's had too much Belgian beer. No kool-aide in Belgium, you know, just beer. And lots of it.

Leg gawking! Thanks Ivan. Really. You're too kind.

This weekend cross season moves closer to its grand finale. Hoogerheide is up next! Watch for a preview soon.

The Tour Down Under finishes this weekend. Don't be sad, it'll be back next year. And, there will be more bike racing soon.