The Big Day... In Pictures!

Share All sharing options for: The Big Day... In Pictures! 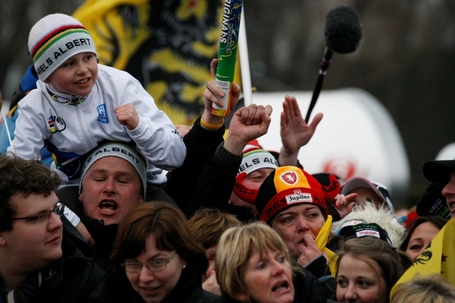 These people had a lot to celebrate today. Follow me to the Patrick Verhoest gallery du jour...

I love Belgian fans, they come in many different flavors of hardcore. This guy, for an example, cares far more about supporting his team than not looking ridiculous: 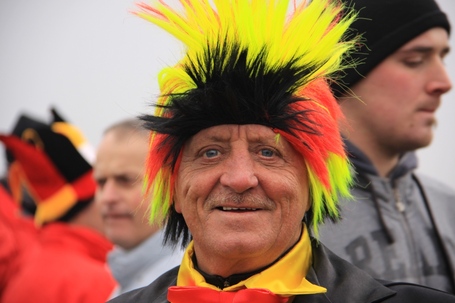 These fans are dressed as garbage. Or members of Parliament. Either way... 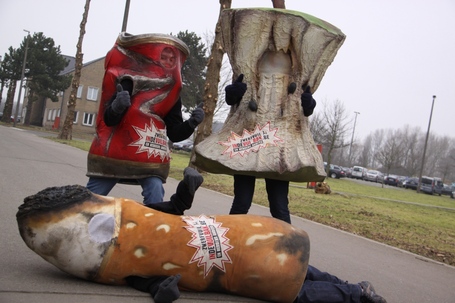 Then there are the home-made (please say these are home-made) concoctions, like the Pauwels Victory Umbrella: 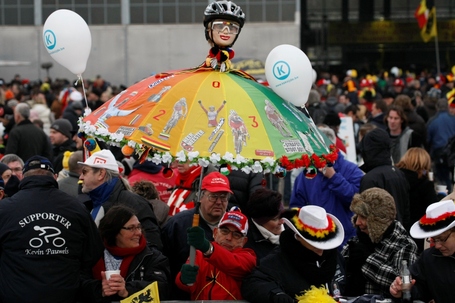 And the Albert sash, complete with serious face paint: 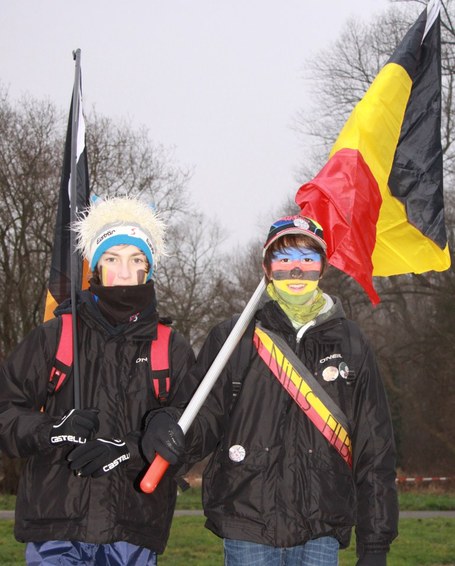 This Rob Peeters flag is Belgian, and awesome, on so many levels: 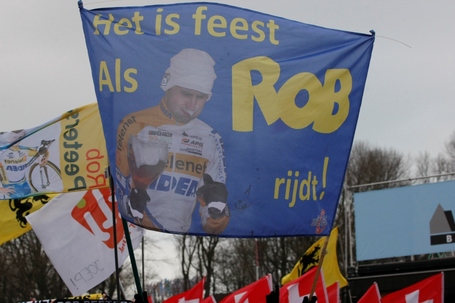 The Stybar Supporters could be spotted from passing helicopters: 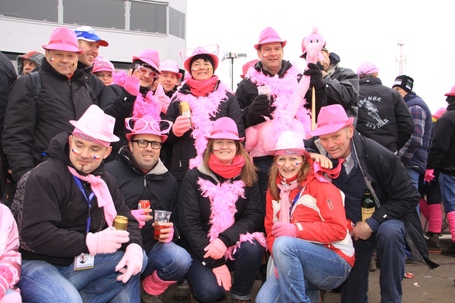 Hooo-kaaay, it's distinctive at least. Anyway, there was racing too. Here, the women get started: 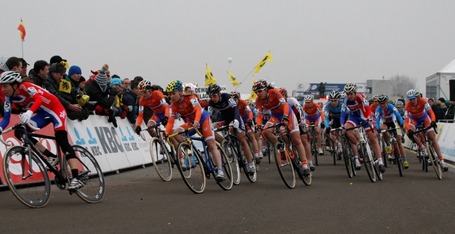 Katie Compton puts in a dig, en route to a solid fifth place: 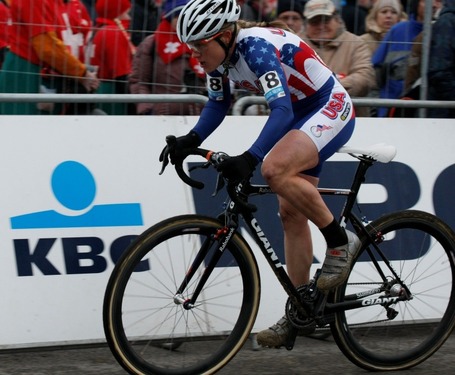 Meredith Miller and Nicole Duke took the last two spots in the top 20: 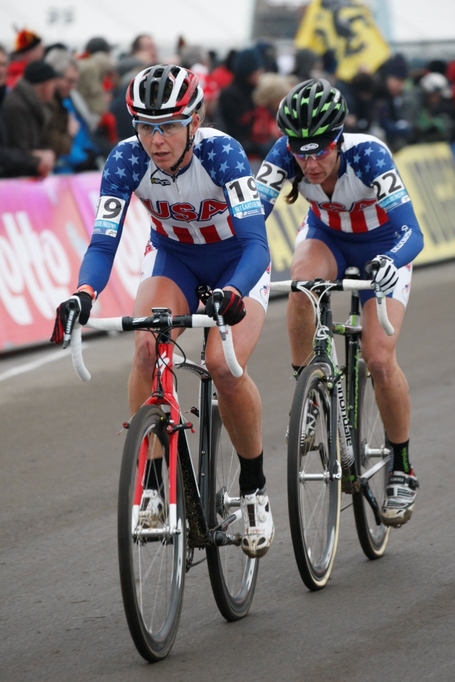 Nobody got too close to catching the Golden Fox: 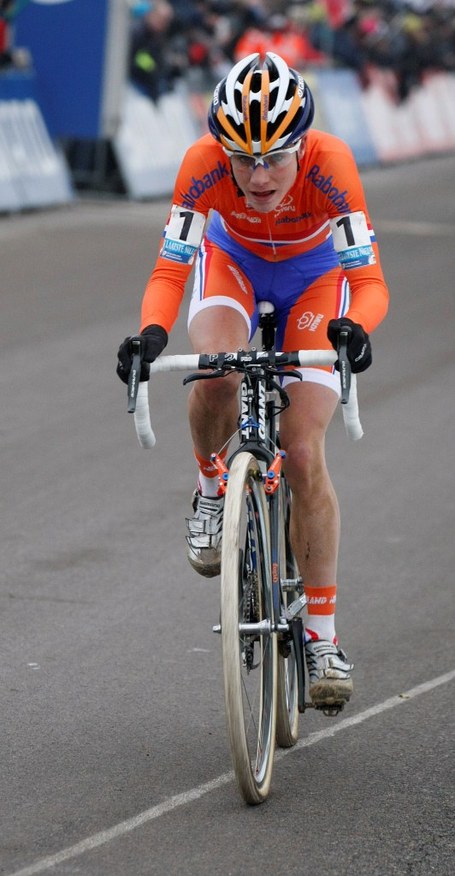 You see what I did there? Nobody needs a nickname more than Marianne Vos, and as far as I can tell she doesn't really have one. The Empress of 's-Hertogenbosch? Too hard to pronounce. And Vos in Dutch for Fox. Sure, a cynic might call her the Silver Fox one day each year, but it's a testimony to Marianne's greatness that she can come second in the worlds road race five times in a row and not have it define her in the least. So yeah, the Golden Fox. And hey, it's an Olympic year! Anyway, here's your women's podium: 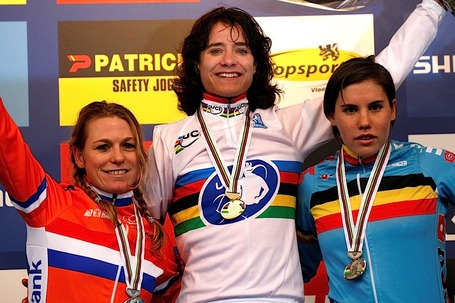 And an awesome closeup of the great Golden Fox with some more hardware: 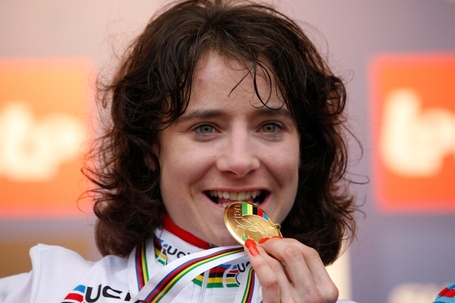 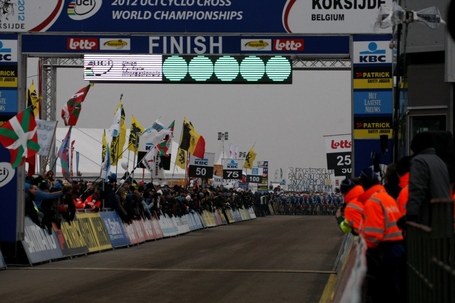 Slightly better view. It was right about here where the Belgian national team made its move... 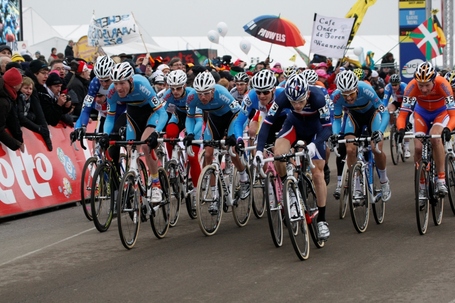 Want a chaser? Start with Tom Meeusen, fourth on the day: 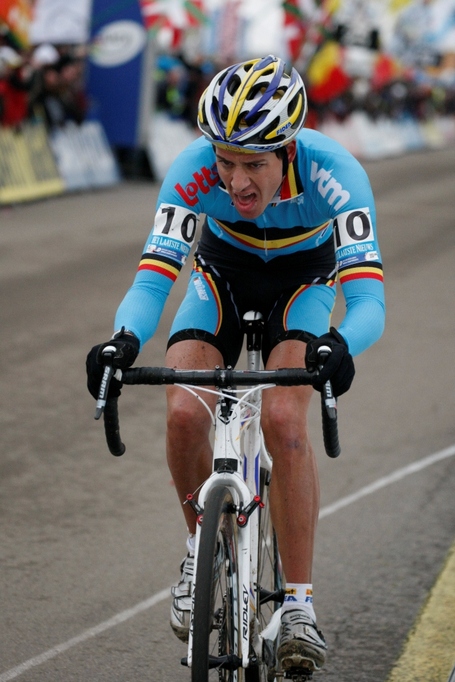 Then there's the great Sven Nys, seventh and last among his countrymen, in what he said might be his last worlds appearance (an assertion I don't buy for a second): 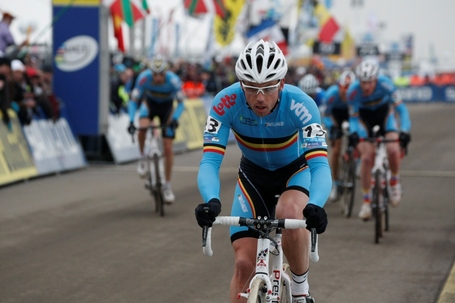 Next was K-Pow. What's up with the red legs Kev? 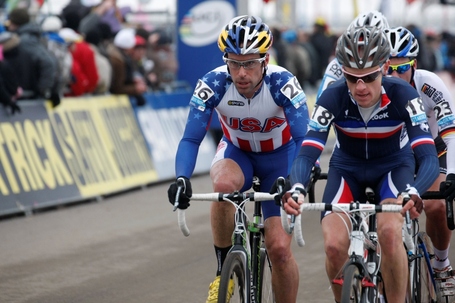 Anyway, here's the guy they were chasing in vain, King Albert: 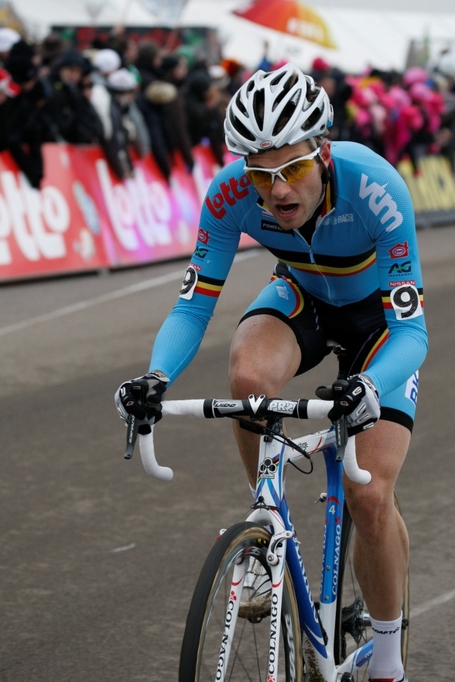 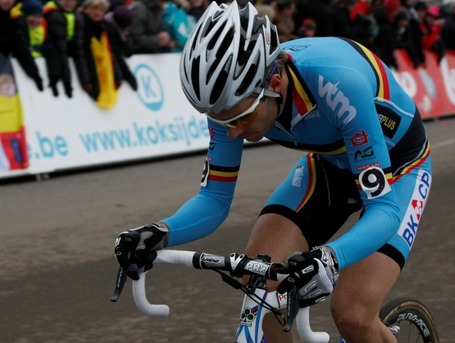 And drinking in the win. Albert spent much of the last lap enjoying himself. 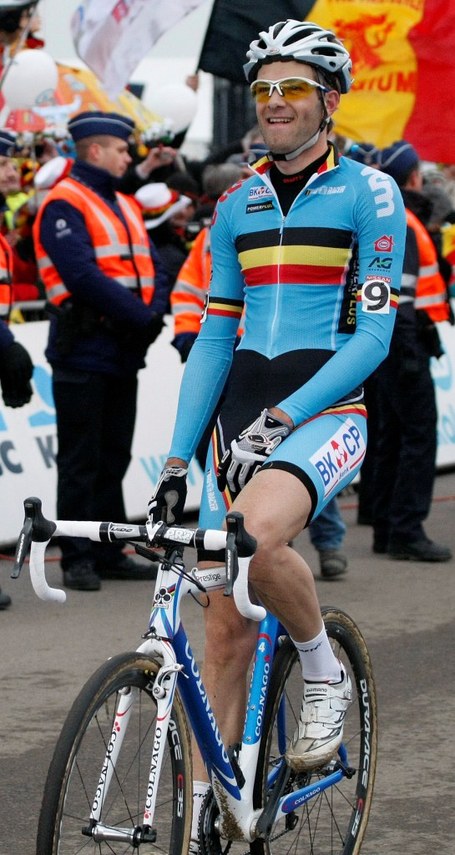 Peeters, Albert and Pauwels on the podium: 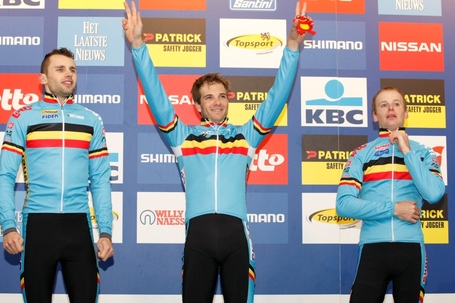 Albert shakes hands with the actual King Albert of Belgium: 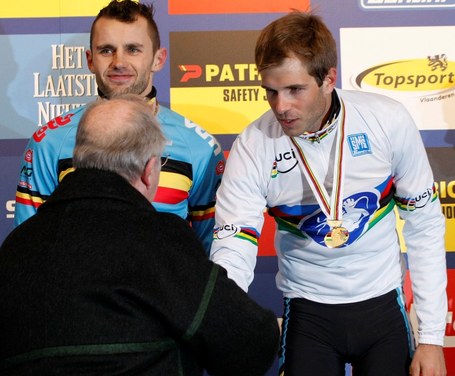 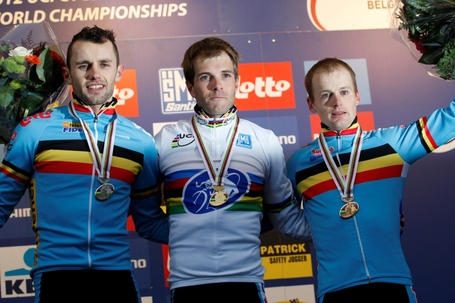 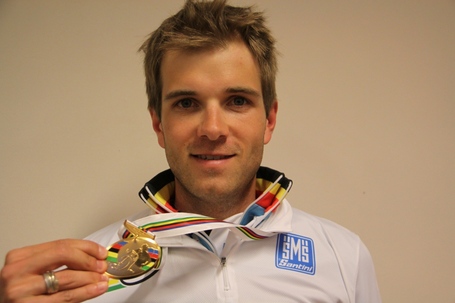 All photos by Patrick Verhoest for the Podium Cafe. Great job Patrick!