Team NetApp On the Cusp: A Chat With Ralph Denk

Share All sharing options for: Team NetApp On the Cusp: A Chat With Ralph Denk 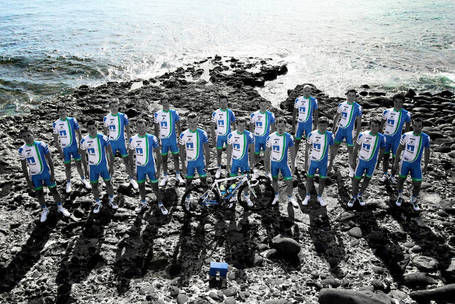 This Tuesday, the Giro d'Italia will announce its wildcard selections for the 2012 running of the Corsa Rosa, and in Germany Ralph Denk will be waiting by the phone (email? Twitter feed? anyway...) like a political candidate waiting for the election returns. A lot is riding on the outcome of that call, the one where Team NetApp finds out if the Giro is on their calendar for this year or not. It's not pro forma, the news could be good or bad. The team doesn't look like a classic Giro squad (re: heavily Italian) but they can deliver some aggressive riding and a slew of German media coverage, both of which would benefit the race. The team is entering its fourth season, about when ambitious projects can expect to start moving up. So there is a chance.

Either way, Germany's top-ranked pro team is getting ready for a season in which they hope to turn some heads. The lack of a German team in the World Tour provides a narrative for the team and Denk, their manager, the kind of big narrative which could (and would have to) help lure in bigger sponsors interested in plugging that gap. But this kind of crusade doesn't quite describe Team NetApp itself, a squad with more nationalities represented on their roster (8) than Germans (6). Instead, they are a mostly young group, where 26-year-old American Steven Cozza is considered one of the veterans. A majority were born in 1987 or later, making those guys no older than 10 when Jan Ullrich won the Tour de France. This is a new team, a fresh start, and a team hoping to start writing its story in bold letters.

I communicated with Denk by email this week about the Giro, the team's direction, and German cycling. As much as is possible to tell, Denk strikes me as the right kind of person for this project -- very upbeat. Maybe behind the scenes he's cracking the whip on his young charges, or asking some of the team's veterans like Markus Eichler and Andre Schulze to kick their asses in training, but with me Denk sounded brimming with optimism and excitement about the coming season...

PdC: You will hear from the Giro d'Italia next week about invitations to the 2012 race. What qualities does Team NetApp offer that you think the Giro would find attractive?

Ralph Denk: Team NetApp is a young team. We develop talents with great ambitions. The Giro would bring our young talents to another level. Last year we proved that we are able to finish tours as the Tour of Turkey, Tour of Austria, Tour of Poland or Tour of Britain among the Top Ten or even on the podium. [Ed: Leopold König finished 2nd in the Tour of Austria.] Now the squad is ready to take on larger tasks.

Team NetApp will enrich the Giro with active racing. We proved our style of racing with initiating the key escape group at Paris – Roubaix as well as with four awards as the "most active rider" at the Tour de Suisse and Tour of California. When being in a big race Team NetApp is always fighting and competitive. In the end we do hope that the Giro commission will also consider both our global sponsor and even more important our German roots. After announcing our aim to compete at the Giro d’Italia, more than 250 German media covered that story – just within four days. So it might be the right time to point a new way for German cycling. 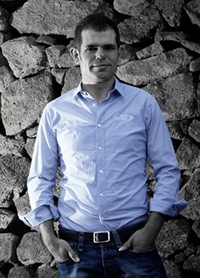 PdC: You have several riders with experience in the Belgian classics. Is this an important factor for invitations to Flanders or Gent-­‐Wevelgem?

Denk: Yes, of course. Experienced riders, like Markus Eichler, have been riding in the peloton for more than 10 years and know all classic races. After surprising at Paris-Roubaix last season, we hope to be on the receiving end of organizers' goodwill this season as well. So far we secured invitation to key Belgian classics like Omloop Het Nieuwsblad, Scheldeprijs and Brabantse Pijl. Additional invitations to the major classic races, such as Paris­‐Roubaix, the Tour of Flanders and Gent-­Wevelgem would be enormous goals for our classics riders.

PdC: Jerome Baugnies (signed this offseason from Topsport Vlaanderen) had some strong results last year, particularly in the E3 Prijs Harelbeke and La Fleche Wallonne. Which of the classics fits his abilities the best? Is he a Tour of Flanders type of climber or can he maybe go further in the Ardennes?

Denk: Among the new recruits, a lot of expectation centers around Jerome Baugnies. We signed him to score wins. Although Jerome is still quite young (24), he already has experience at major races and has scored some very good results there. In addition to the above mentioned results he’s already placed among the top 25 at Liege-­‐Bastogne-­‐Liege and at the Amstel Gold Race. He has the potential to do much better. At this age we can’t really say yet if Jerome is a Flanders-­‐type climber or more an Ardennes climber. He already proved that he got potential on which we can build on. I could also believe that he has good potential for bigger tours.

PdC: Waiting to hear from these races means that riders cannot plan their year just yet. But apart form these few big events, are you able to plan out the rest of the season with more certainty?

Denk: This year things are changing a lot. We appreciate that major organizers like RCS strike a new path by announcing their invitations already in January. People like Michele Acquarone understood that those early announcements are key for having a structured and to-­the­‐point preparation. We believe that’s fair enough for the riders, for the races and the fans, too. But on the other hand we are also working on securing races that will take place within the next 10 weeks, which is challenging sometimes in terms of planning the whole season ahead of time. If those races work out, then we’ll really have a fantastic start to the season. So far the team will start with the Tour de San Luis in Argentina, followed by the Mallorca Challenge and then on to the first Belgian classic races, Omloop Het Nieuwsblad and Kuurne-­Brussels‐Kuurne.

PdC: What are some of the races you know are on your calendar where you can maybe expect big results?

Denk: Our ambition this year: stepping up from podium finishes in 2011 to victories in 2012. For the Tour de San Luis our riders will be taking along with them a very demanding goal because we want Jerome to finish in the top 10 in the overall classification. The seven stages include two mountain finishes and a 19-­‐km time trial. That profile suits him very well. For the sprints Grischa Janorschke will be the one we count on. If all goes according to plan, then Markus Eichler, Timon Seubert and Jerome Baugnies should be in good early form at the first Belgian races in February. The goal is to make a considerably better showing there than we did last season.

Regarding the tour riders we are looking at young Czech rider Leopold König. Leo was second at the Tour of Austria, third at the Tour de l’Ain and fifth at the Tour of Britain last season. Leo hasn’t exploited the maximum potential yet and if he stays healthy we will be very pleased with him. We are sure that Leo will win one of the smaller tours this year. He could finish the Giro in Top 20 – maybe better. With the experienced Polish rider Bartosz Huzarski we even have a second contender for the general classification. Bartosz was leader of the Tour of Turkey and finished the Tour of Poland in the Top Ten. And he will for sure build on his latest successes because this year’s race program suits him even more than last year.

PdC: How important is the Tour of California, since your sponsor (NetApp, a large data management firm in the Bay Area) is headquartered there? Do you expect an invitation there in 2012?

Denk: The Tour of California is very important for us and we did send in our application for an invitation. We are in good talks with AEG. I am absolutely sure that they appreciated Team NetApp’s active racing style last year. With Jan Barta we had one rider being awarded with the "most courageous rider jersey" two times. That happened for only the second time in the Tour’s history.

PdC: Team NetApp is the top‐ranked team in Germany. What are your ambitions for the long term? Do you hope to be the next German team to join the World Tour?

Denk: It is still my personal goal to move up to 1st league of international cycling with this team. But my personal motivation has to be matched by financial support. As always it is a matter of financials as you stated lately in one of your articles. I have the feeling that things improve over here. Metrics show that cycling is a lively sport in Germany. Gran Fondos are sold out, sales figures of premium race bikes increase and in a study conducted last summer 2 out of 3 IT managers stated that they ride their race bike regularly. Even German media start to rethink. Combined with a growing number of talents I am optimistic that some German corporations will invest again in the near future.

PdC: What is your sense of the interest in cycling in Germany? For a country with so much history in the sport and so many top riders now, the lack of German teams seems strange. Are German fans ready to support cycling again?

Denk: Yes, I believe so. Germany has so many amateur cyclists. Amateur races (Gran Fondos) as the Cyclassics in Hamburg with 22,000 participants or the Velothon in Berlin with 9,000 participants clearly point out that Germany is again ready for a new German 1st league team. We have a history in that sport but also so much talent. There must be more than 30 German professional cyclists riding this season. But they are riding for 15 international teams. All it takes is a German company being a courageous pioneer to give cycling a chance to proof that many changes have taken place.