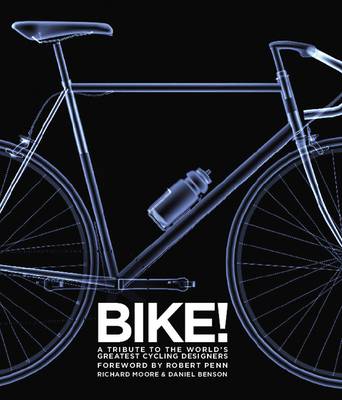 Bike! is a techs-mechs coffee-table book that tells the story of some of the great brands in cycling down the ages. There's Colnago, the universally anointed ‘Ferrari' of bicycles and the jewel in Italy's frame-building crown. Gitane, the manufacturer behind a vast array of cycling legends. Raleigh, the British national treasure that neither time not adversity could keep down. Shimano¸ the Japanese make that forever changed component manufacturing. Pinarello, an Italian brand for which bike aficionados reserve hushed tones of reverence. Cervélo, the brainchild of two self-confessed engineering geeks, which now makes the world's most futuristic racing machines. Gazelle, a Dutch national institution. Eddy Merckx, the bikes ridden, endorsed and now made by the greatest racing cyclist of all time. Cannondale, the North American master of aluminium, both on and off the road. De Rosa, an Italian name synonymous with style, romance, craftsmanship. Litespeed, for tears the only bike brand that mattered in the use of titanium. Peugeot, quintessentially French and ridden by some of the greatest Tour de France riders of all time. 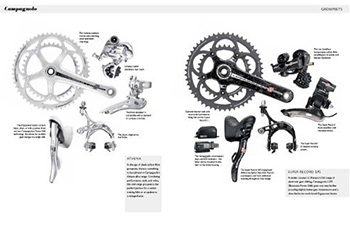 Told in words and pictures across three-hundred-fifty pages the stories of these brands is teased out by looking at the people who formed and ran the companies behind them along with telling stories about the men and women who have raced to victory for them. Flandria is the story of the Claeys family as much as it is of Rik van Looy Freddy Maertens. Pinarello is as much about Giovanno Pinarello as about men like Miguel Induráin and sprinters like Mario Cipollini and Mark Cavendish. Bianchi is the story of Eberado Bianchi as well as Fausto Coppi. Bike! is a techs-mechs book that mixes mechs and myths and tells stories about machines that are really stories about people. 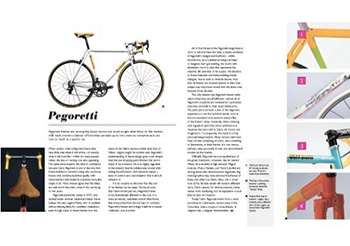 To be in with a chance of winning a copy of Bike! all we're asking you do is post a comment below or Tweet the hash-tag #BikeCompetition. Entries close eleven o'clock Friday morning (BST) and the winner will be announced here and on Twitter (via my @fmk_roi account) Friday afternoon. Usual rules apply. 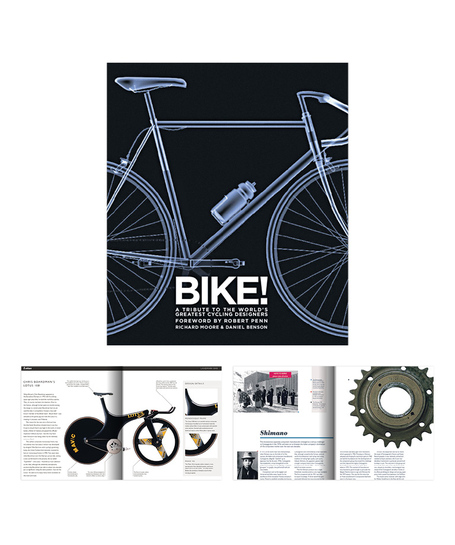 An extract from the book can be found on Bike Radar.

Note: Bike! is published in the UK by Aurum Press and in Australia by Melbourne University Publishing by . In the US it is published by Univserse as The Racing Bicycle.