Nairo Quintana of Movistar became the latest Colombian rider to find success on the slopes of an Italian one-day race, winning the Giro dell'Emilia from a quartet of attackers in the final trip up the San Luca promenade. Quintana, all of 22 years, joins Fabio Duarte of Colombia-Coldeportes, conqueror of Thursday's Coppa Sabatini, and Rigoberto Uran, winner of the Gran Piemonte, in this season's winners' circle, as well as 2011 Emilia victor Carlos Betancur among the South Americans to serve notice on the pro peloton about their arrival.

Quintana entered the final circuit of the race in position with teammate Giovanni Visconti alongside, as a small group including countryman Miguel Angel Rubiano as well as Frederik Kessiakoff, Franco Pellizotti, Domenico Pozzovivo and Matteo Rabottini set off to chase down Chris Anker Sorensen and Riccardo Chiarini. The two leaders were reeled in as the race arrived at the arcade of 666 arches, signifying the final climb to the Madonna di San Luca. Kessiakoff attacked as Visconti melted away, then Pozzovivo and Pellizotti closed the gap with the diminutive Colnago climber in the lead, until Quintana hit the gas, timing it perfectly to solo home for the win. Kessiakoff recovered for second place ahead of Pellizotti, Pozzovivo and Sorensen. 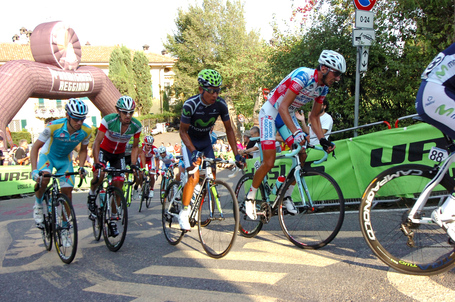 The victory by Quintana does not portend an immediate Tour de France victory by a Colombian, but with one strong climber after another migrating over to Europe from the rugged, oxygen-starved terrain of this South American nation, you start to wonder where this is all headed. Uran, 25, of Sky, is currently ranked 14th in the world and just finished third in Lombardia, to go with 7th in the Giro d'Italia. Sergio Henao, also of Sky, a week shy of his 25th birthday and ranked 22nd, was barely a step behind Uran at Lombardia, Piemonte and the Giro (9th).

Next up is Betancur, almost 23 and with a nice record in the classics if not any grand tours. Quintana got his feet wet in the Vuelta a Espana last month, impressing on the horrifying Cueto Negro stage before today's triumph. Duarte, the old man (26), looks like a one-day rider too, with some shorter stage race success in the offing if his Vuelta a Colombia record is to be taken seriously -- as it damn well should. Duarte's teammate John Darwin Atapuma -- do not tell me this isn't the coolest name in cycling -- was second on Mount Baldy in the Amgen Cali Tour this year to Robert Gesink. At 24, he too is probably just starting to discover his limits, whatever they might be.

All of these guys are a long way from winning the Tour -- and it should be emphasized that they're countrymen, not trade teammates (well, not all teammates), so they won't be riding as an invading armada anytime soon. But they do constitute an emerging dynamic in the peloton, coming to your TV screen as soon as next spring.

As for the race, the television coverage never materialized outside Italy, so the most beautiful of fall classics remains cloaked in relative secrecy. Maybe next year. 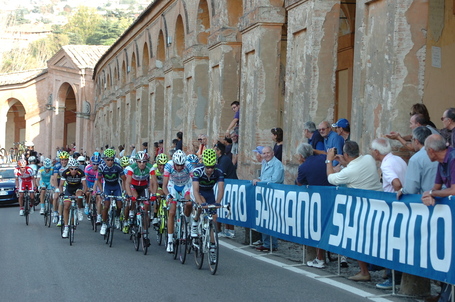 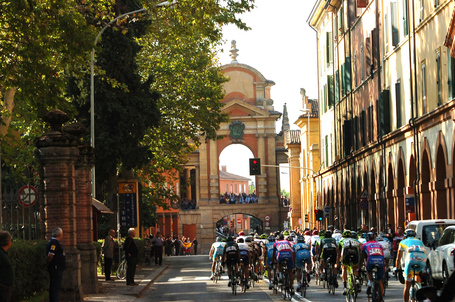