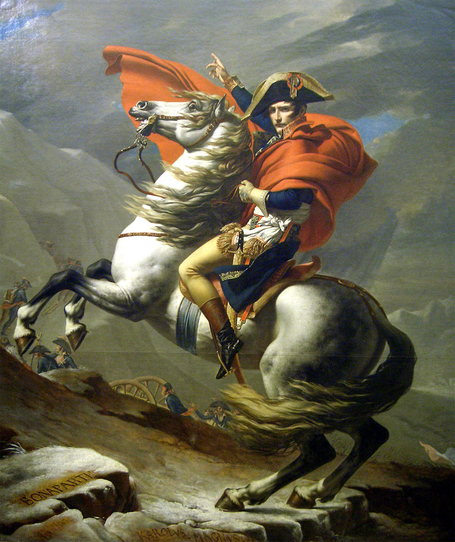 What do these two images have in common? For starters both people depicted are a bit too clean for the scene to be believable. Secondly, both are apparently linked to the Sunweb-Revor cyclocross team, which today announced the acquisition of a sponsorship deal with Napoleon Games. As a courtesy to the sponsor, I spent a few minutes trying to understand what exactly they are, but that's over. Maybe they run video games where you try to take over Europe. Sporza mentions gambling. The American in me hopes that there's a site where you can place bets over the future of Europe. None of that is likely to become clearer, at least until a Belgian comes by and educates me.

Regardless, Sunweb-Revor/Napoleon will maintain its significant place in the Cyclocross scene, presumably with no change, which means Jurgen Mettepenningen will continue to field a team of top guys challenging the notion that there's no place for teamwork in 'Cross. The Sunwebs might only occasionally do things that smack of team tactics, but they certainly like to pack the top ten like no other top outfit. Well, except maybe Telenet-Fidea, but Sunweb seem to have moved into the Fidea role with Stybar off pursuing his road dreams. So, yay!