Share All sharing options for: Through the Lens of Patrick Verhoest: Namur Citadelcross!

It was an absurdly muddy day in Namur, the famed fortified city in the heart of the real Ardennes (geologically speaking). The Citadelcross, celebrating this photogenic town (a prominent spot on La Fleche Wallonne's parcours) and its famed fortifications, is one of the World Cup's premier events, which is to say it's about as cool a race as there is in the world, non-Koksijde category.

And our own Patrick Verhoest was there, camera and all. Braving the flu. Because as he says, the rest of this week is second to Namur. These pictures need little discussion. I'll toss in the names, but otherwise... welcome to the shitshow!

Katie Compton, victorious on the day, lines up for a slippery descent: 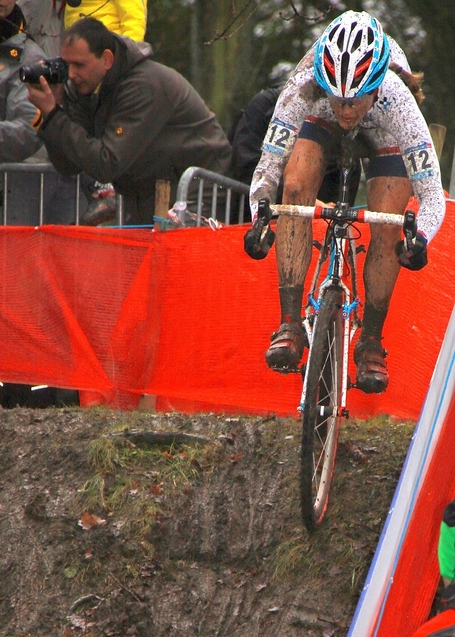 Vos riding in what appears to be molten chocolate. 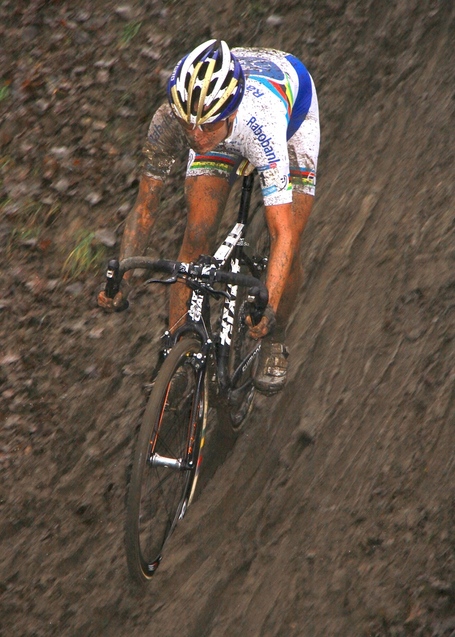 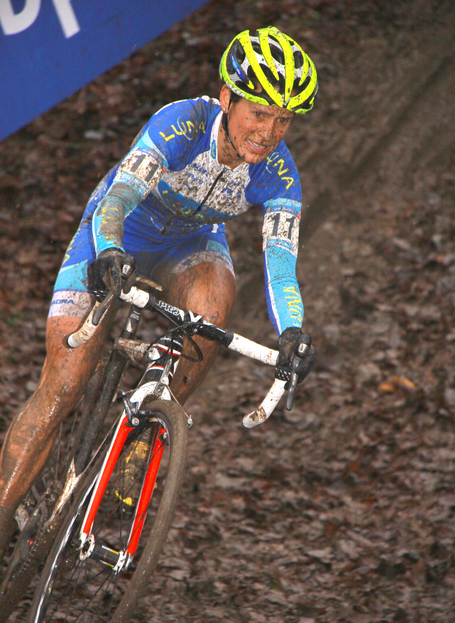 Katie got it done in the slop. With Logan Owen's win in the Juniors category, this was a good day for the USA. 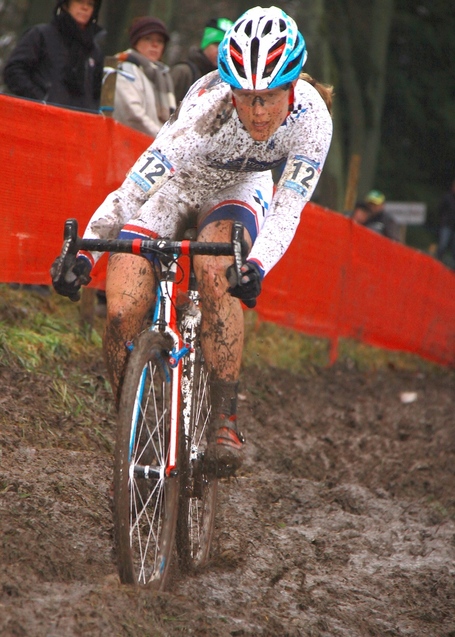 The Golden Fox, after an apparent face plant: 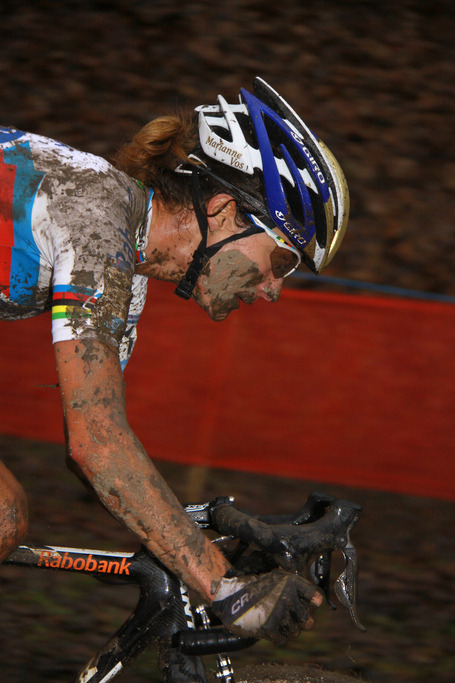 On to the men. Jonathan Page was 15th on the day, the top American, thanks no doubt to half a lifetime spent in Flanders. 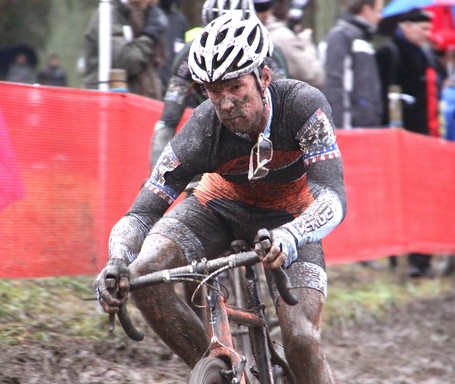 Jeremy Powers... not so much. 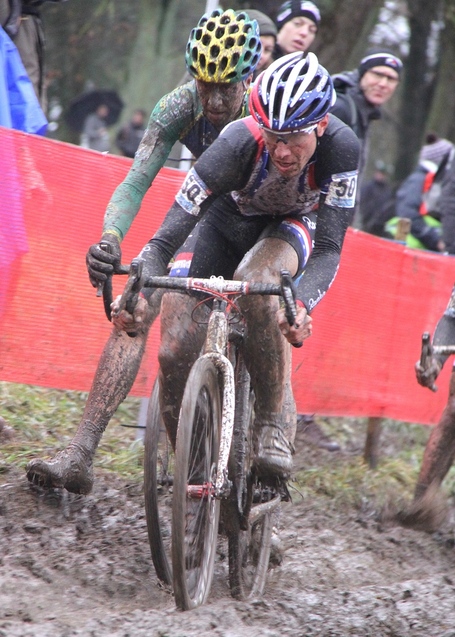 To the leaderboard... Pauwels has recaptured his form from last season, at least in the UCI events. 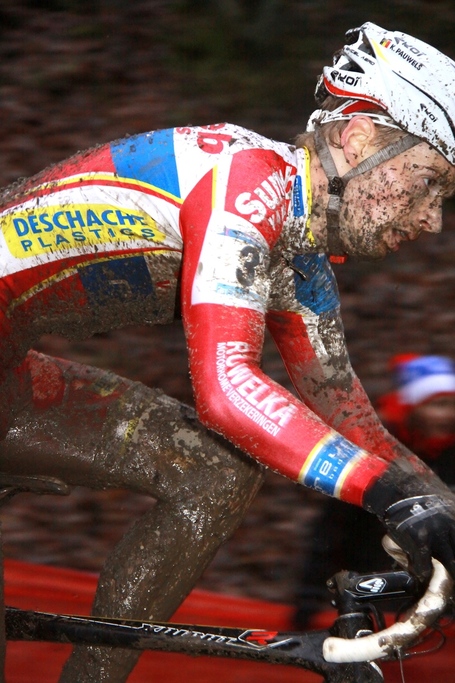 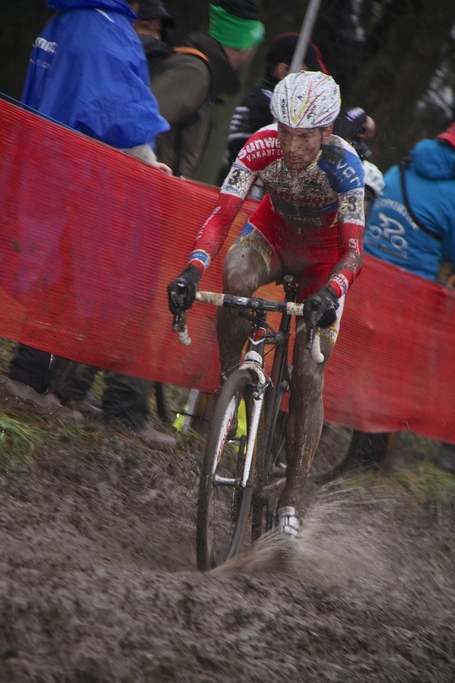 Next was The Sven. He knew what to do, catching Albert for second. 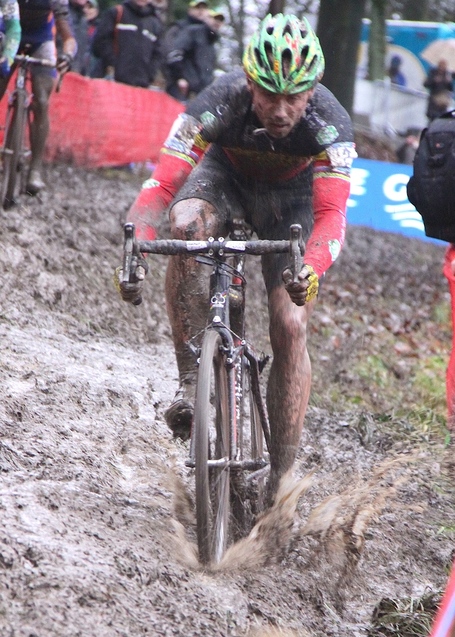 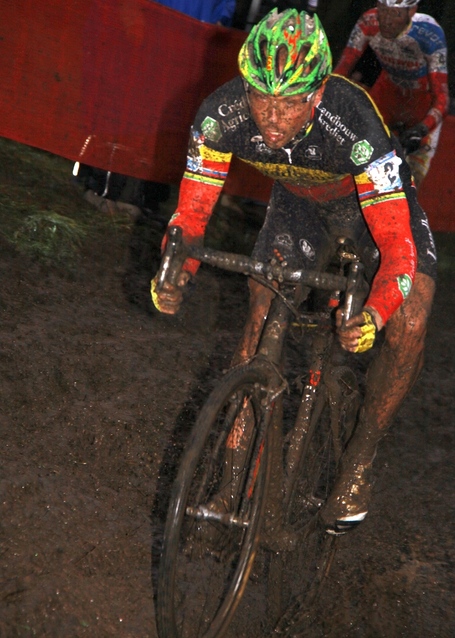 Albert stayed close til the end, but that's it. 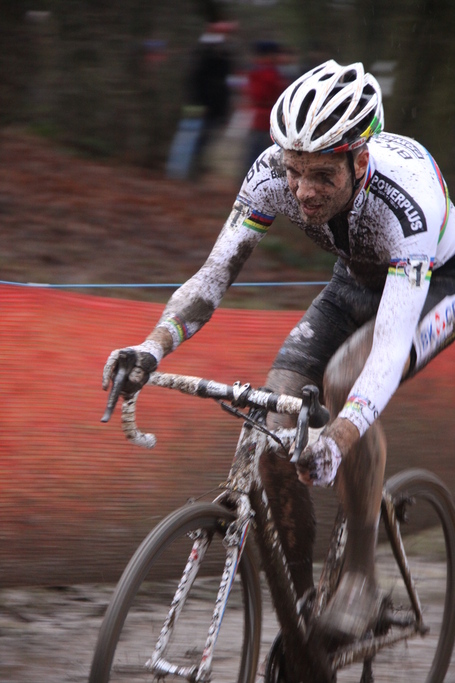 Francis Mouray, bagging best of the rest for FDJ. 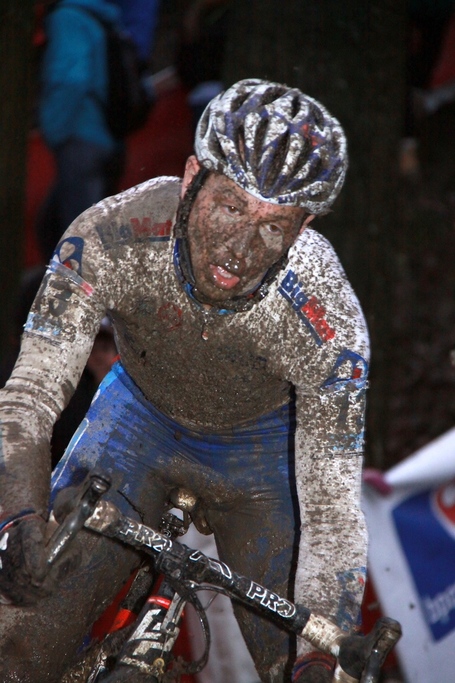 KVT, showing appropriate concern at the bottom of that slop-slide: 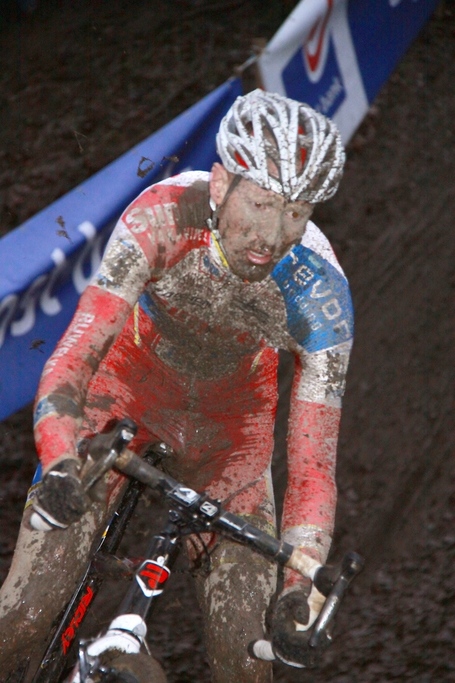 Lars vdHaar, still on track to own the sport in three years: 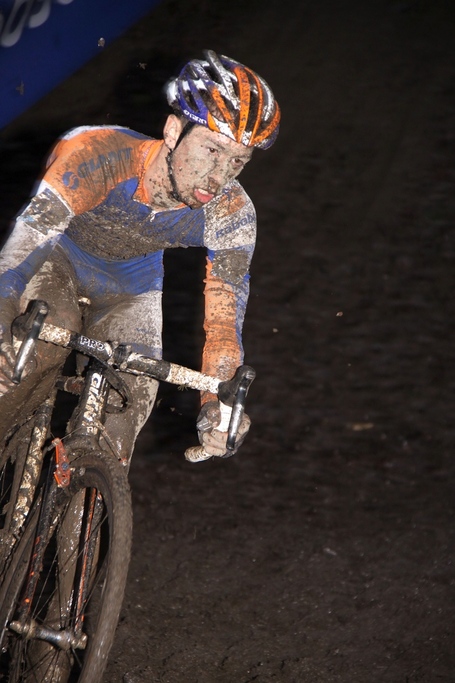 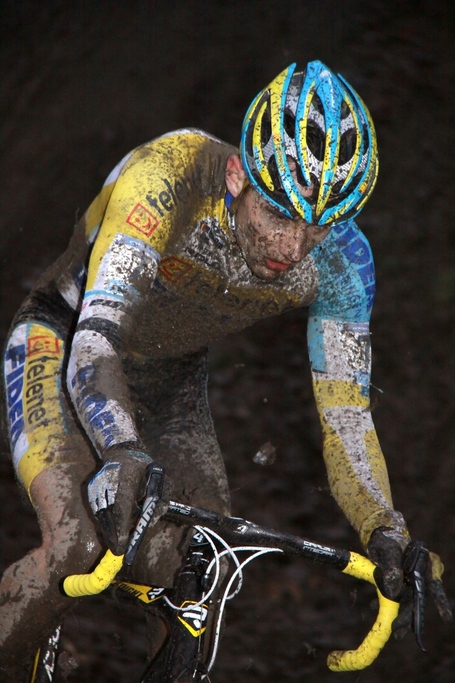 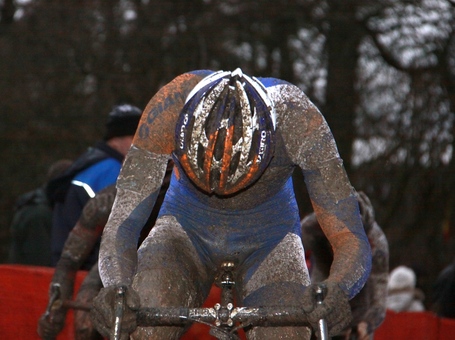 Yep... it was a frickin muddy day. 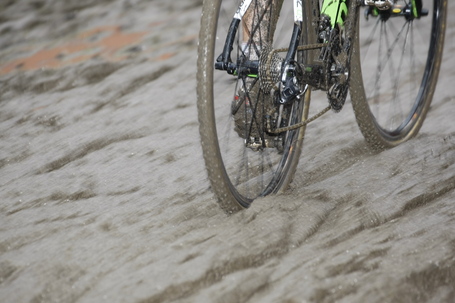 Bonus! Here's Patrick's lens. And Patrick. Note, this is what it takes to be a 'Cross photographer. You dress for battle. 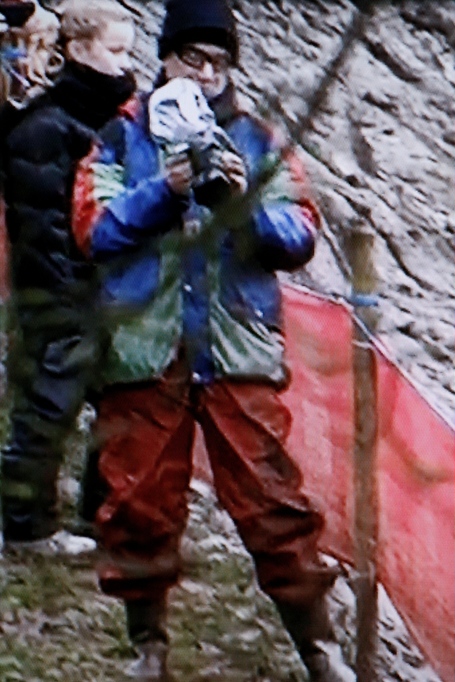