Share All sharing options for: Last Call for Cross! 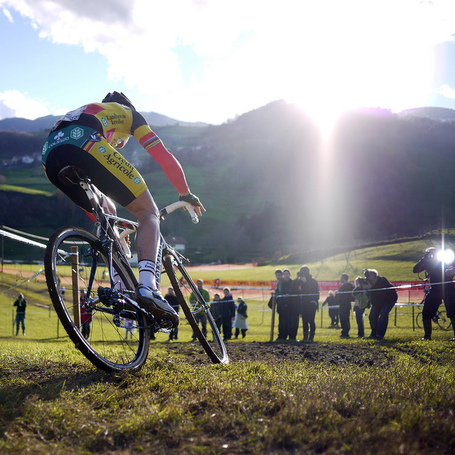 You think the road season is in full swing now that Qatar is in the books. This must mean cross season is over, right? Nope, you'd be mistaken! For you fellow cross junkies, there are not one but two (TWO!) chances to catch some more muddy action before the season is well and truly over. The two big Belgian cross series - Superprestige and GVA - hold their final races over the next two weekends.

The Superprestige rankings are tight, tight, tight. Sven Nys is in the lead, but by a scant 4 points. If Kevin Pauwels places 5 spots ahead of Nys, he should take the overall title. Trust me, this is going to be a battle royale. Nys is motivated to take his only series win of the year while Pauwels wants to make his dream season even better by capturing all three of the big series. Pauwels has already won the World Cup and has an almost insurmountable lead in the GVA Trofee, so why not go for broke with the third?

The course is not too inspiring, though the freezing temperatures of the past week, forecast to run through tomorrow, should keep things icy. It's near the sea, but unfortunately not as near as Koksijde... so we have grass and lots of wind. Brrrr.

What to watch for: Tactics. Last weekend Sven Nys decided not to chance it and go for the win on the final lap when he was away with Pauwels and Tom Meeusen. You see, attacking for the win and getting caught and passed by Pauwels would be detrimental to winning the series title. Concerned only with minimizing the difference between himself and Pauwels, Sven is likely to race defensively. If it is anything like last weekend, a lesser rider like Meeusen (and I say that with all due respect and admiration) can sneak away for the win again. My money is on Meeusen because he is good on the ice. Also, I like him because he will bunnyhop anything.

Bonus: U23 race! You get to watch Lars Van Der Haar in rainbow stripes! Me? I hope Bosmans beats him this time... 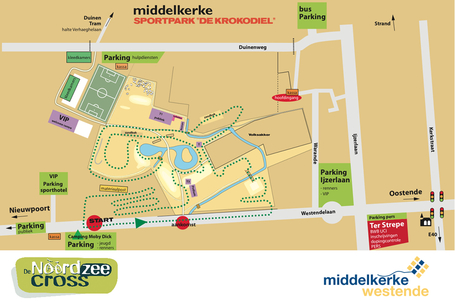 And, VT4 even streams the video for FREE!!! If you want to watch even more, there is video of the last two laps from last year.

Last year was a doozy of a race, and not necessarily because of how aggressive the racing was. IGS explain what happened.

Oostmalle brings a smile to my face. In 2009, Klaas VT sprinted as fast as he could to beat the group he was in. He did it. He reached the finish line before the others... with a lap to go. I'm amused by that, I admit it. I'm a simple girl. It wasn't the only thing that went wrong for Klaas though, 'cause with about half a lap to go KVT crashed and hit a pole quite spectacularly (and painfully too, I imagine). It's in a forest again, this one, with some very nasty bumps in the road. Well, when I say road... There are sandy bits too, which turn ugly and unmanageable when wet.

For the overall standings, a maelstrom would have to appear to keep Kevin Pauwels from taking home the series title. Zdeneck Stybar is in second but a full 12 points down, making it unlikely that he will close the gap. He could win, though. I'm sure he wants to finish his last full season on a strong note. 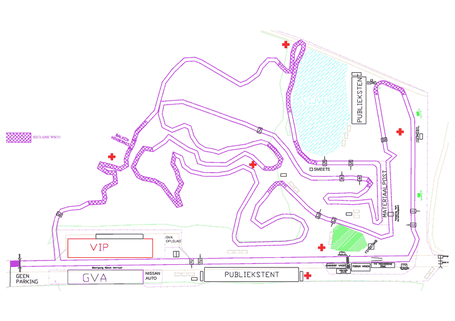 Also, we get to watch video of the last two laps from last year. Because we love pretty moving pictures.

Usual sites for coverage. CyclingFans and Sports-Live are your best bet for feeds if you live outside the mother country.