The Sun, the Moon, and the Truth: the Winner of Het Nieuwsblad Revealed!

Share All sharing options for: The Sun, the Moon, and the Truth: the Winner of Het Nieuwsblad Revealed!

Three things cannot be long hidden: the sun, the moon, and the truth--Buddha 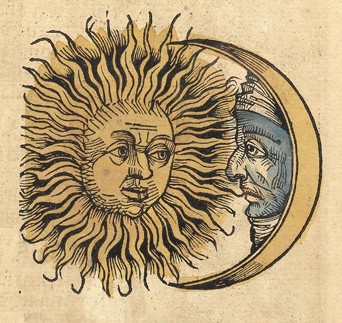 Tom Boonen is so not going to win Het Nieuwsblad. He has brown eyes.

Blame it on the moon. See, of the past fifteen editions* of the Omloop, seven of them have been held when the moon was waxing,** and it’ll be waxing again on Saturday. Six times out of those seven, the race was won either by (a) a foreigner (four times), or (b) a Belgian with blue eyes (twice). A brown-eyed Belgian? The trend is against it...although the exception in that rogue seventh edition was Peter Van Petegem, who is indeed a brown-eyed Belgian.

But, you see, PVP had already won the race previously. Het Whatsit likes multiple winners—more than half of the 64*** editions have been won by riders who won it two or three times. So, if any brown-eyed Belgian is going to buck the trend, expect it to be a previous winner. Since Nick Nuyens won’t be there, there's only one person on the start list who fits the bill. Phil something, I believe.

So, he's going to win, right? Follow me below the fold to find out.

Philippe Gilbert, huh? If we consult the stars as well as the moon, it turns out PhilGil was born under Cancer, a water sign. They win sometimes (obviously!), but Het Whatsit really prefers earth signs. Capricorns especially—they may make up only 1/12 of the zodiac, but they’ve won 1/3 of the past fifteen Omloops. Other earth signs Taurus and Virgo combine for another four wins, giving a total of 9/15, or 60% to the earthy guys. The other six are evenly split between air and water signs. Fire signs (Aries, Leo, Sagittarius) need not apply—perhaps because they’re ruled by the sun, and this is, after all, Belgium. So, Phil, whose former wins might help him overcome his Belgian brown eyes during a waxing moon, also has the 60-40 disadvantage from the stars of being born under a water sign. Still, he could win again.

Or could he? Lots of Belgians have won Het Volk. Not a single one has won Het Nieuwsblad. Yep, since the name change in 2009, all three editions have been won by foreigners. Okay, okay, the race is too Flandrien for a Belgian never to win it again. But I’m following the trends here, and I’m going to follow them until they break. So, scratch PhilGil, and while we’re at it, scratch the blue-eyed Belgians we haven’t even begun scanning the start list for (jammer, Sep! besides, you’re a fire sign). Until the Omloop proves it’s ready for a Belgian winner under its new name, I have to believe a foreigner will take it.

Most probably a Capricorn. Those Capricorns appear so dominant over the past fifteen years in part because Peter Van Petegem, whose birthday is January 18, won three times. That obviously inscribed some powerful birthday mojo into Het Whatsit. Not only have two subsequent Capricorns won, their birthdays are on and adjacent to Van Petegem’s: January 18th and 17th for Thor Hushovd and Sebastian Langeveld repectively. Thor has the stronger mojo since he was actually born on PVP’s birthday, and in a remarkable coincidence both the moon phase (just a few days after the new moon) and weather (expected to be overcast and in the 40s) are nearly identical to when the Norwegian won in 2009.

The cloudy skies should be a major relief, because when we take the sun into account, it turns out that Thor has blue eyes, and the blue-eyed do not win this race when the sun is shining. It has to be raining, or at least overcast for them to win. Sunshine is apparently too hard on delicate baby blues. I know what you’re thinking: is it ever sunny at the Omloop? Yup. 4 out of the last 15 editions were raced under clear skies and a 5th at least had some sun. But this year’s weather should be okay for Thor.

Problem, though… Thor is a previous winner. As I said, Het Whatsit loves multiple winners. But every single one of them to date has been Belgian—no foreigner has won it twice. So much for Thor. Ditto Langeveld. Flecha. Pippo. Sorry, guys!

Okay, then. We’re looking for a foreign guy who’s never won it before, but could. Scanning the start list, Lars Boom was 10th last year and youngster John Degenkolb a promising 12th. More importantly, both are Capricorns.**** Who has the edge? Boom, because the Dutch have four Omloop victories and the Germans merely one. For trend purposes, that’s enough, but also keep in mind that Boom’s daughter Kee was born a few days ago, and you do not get to leave the house less than a week after the baby arrives unless you bring home a win. Period.

Other earth signs who’ve had nice results here recently include Edvald Boasson Hagen and Niki Terpstra—both are Tauruses, and both are out sick. What is it with Tauruses? How about Matti Breschel, then? Also an earth sign, but a Virgo, so perhaps he’ll avoid whatever it is that’s bringing the Bulls down. I’d give him more of a chance if teammate Boom didn’t trump him by being a Capricorn, but Breschel’s got a shot if Boom goes boom.

Moving on to the next tier, the water and air signs, we see Bernie Eisel (air, 8th in 2010) and Heinrich Haussler (water, 2nd in ’10, 8th in ’09).***** Haussler’s got the better record, and in fact, should the fickle cycling powers-that-be go for a different kind of birthday mojo, note that February 25 is the Aussie’s birthday—a win would be a nice present for the boy, and might make him go for it especially hard. If the better-favored earth signs falter, Haussler’s our guy. I mean, at least he’s not a fire sign like Matthew Hayman and Martijn Maaskant. They’ve got no chance at all.

So there are five potential foreign winners, as long as the sun doesn’t ignore the forecast and come out after all. Boom, Degenkolb, Breschel, Haussler--all blue-eyed. If the sun shines, that leaves just Eisel—probably not anyone’s number one pick until this very moment, but there you have it. But assuming the weather is as forecast, everything is crystal-clear. In a race Belgians haven’t won since it changed names, in an edition when the moon is waxing, on a day that the sun won’t shine, when there’s a strong foreign candidate who hasn’t won before born under the stars of Capricorn, there’s really only one possibility: 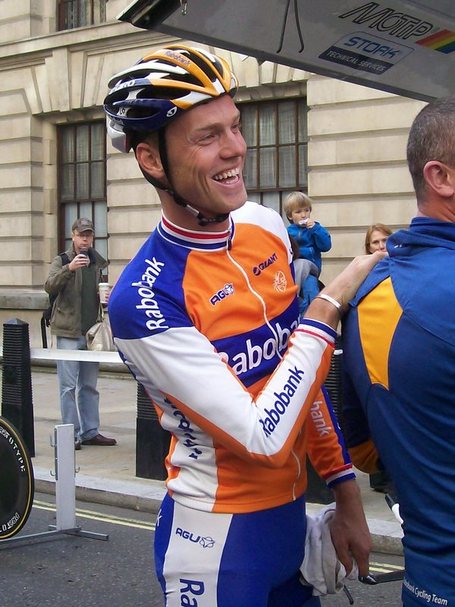 *Why fifteen? Why not 20? Or even 10? Or all 64? Because I needed the weather, and it was increasingly hard to track down before Cyclingnews started archiving live reports of the races. I managed, like, two years pre-CN, but it was haaaard. That’s why.

**For non-English speakers: this has nothing to do with the great Wax vs. Shave debate. It just means the moon is getting bigger in the sky as it moves toward full.

Long answer: Since the race’s beginning, it has indeed been run just 64 times. Twice (1986 and 2004) the race was scheduled but cancelled due to bad weather snieuw sneeuw, and those are still enumerated as editions in the official count. But in 1960, Het Volk didn’t happen in protest over the UCI giving better dates to other races. That one is not counted.

****In fairness, I should also include Luca Paolini, who’s been top 5 at Het Whatsit the past two years. Also, his birthday is January 17, same day as Langeveld and just one off PVP. All the conditions look good, but sadly, he’s 35 and hasn’t won anything since 2009—and that was Coppa Bernocchi.

Woodcut from the Nuremberg Chronicle, 1493. By Michel Wolgemut, Wilhelm Pleydenwurff (Text: Hartmann Schedel) (scan from original book) [Public domain], via Wikimedia Commons. Picture of Lars Boom taken by me at the Tour of Britain, 2011.