Just about 9 hours to go until FSA DS men's league deadline! Are you still agonizing over your lineup? Let PdC help! Pour out your difficulties, we'll listen, we'll give the best and worst advice you could ever imagine. Or bypass the puny mortals and go straight to the unicorns: White and Black. If you haven't started a team yet, there's still plenty of time to cobble one together (see what I did there? Happy Omloop Eve!).

Is your team already in? Who's on it? Why? Pull up a chair, open a brew or pull an espresso, put another dime in the jukebox, baby, and let's talk smack!

My brew tonight is Abita Abbey Ale, because Americans try to hard to make Belgian ales. They need a pat on the head for their efforts. I'll start the music up with a little Violent Femmes, whose Kiss Off could perennially be the theme song for my teams ("They'll hurt me bad, but I don't mind/They'll hurt me bad--they do it all the time") and Crowded House ("Henao, Henao...").

And incidentally, willj, I am officially calling you out. Team Bliss is ready to go, but we still need to settle the terms of our bet.

Also, I already told you guys who's going to win the Omloop. Feel free to tell us all who you think is going to win.

Okay, that's enough to get us started. Let the smack talk begin! 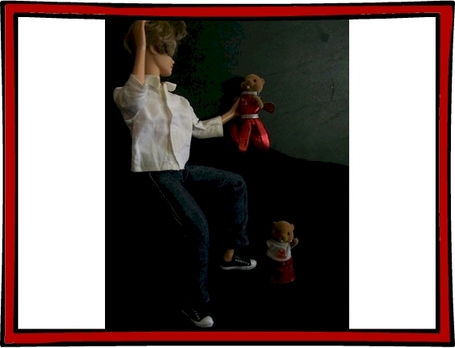 (Leenoos dancing with marmots, based on an original taken by Albertina at a post-Tour party)