Ronde van Vlaanderen director Wouter Vanden Haute spoke to the press today defending the massive changes to Flanders' mooiste (most beautiful) and laying out the particulars of the route. Get all the data here. A few take-home messages: 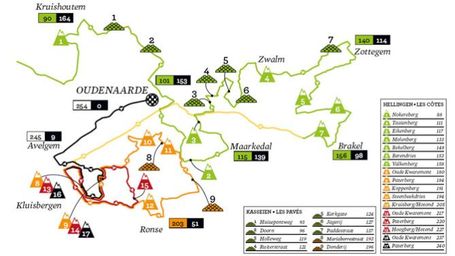 Personally, I think there are enough truly excellent climbs around Oudenaarde to feature different ones as the finale. Sure, use the Paterberg for a couple years, then try a course which uses the Taaienberg as the decisive last climb. Or the Molenberg. Or even, just once, the Koppenberg. [Very risky, but if the weather is dry, that would seriously be the coolest thing ever.]