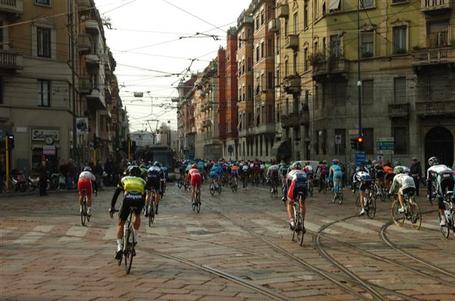 In scanning around the media today for later-in-time reactions to yesterday's thrills-and-spills conclusion, I came across one innocuous sentence that has made my day. From Cycling Weekly, where I was hoping for a little Cavendish reaction, there was a note that riders left quickly from the end of San Remo in order to catch their flights. Maybe some of those Sky riders were off to London for a few days. Maybe Cav was jetting back to Tuscany and his expectant partner. Surely Cancellara was pointed to Zurich. But an awful lot of those wheelsets and team luggage sets and their occupants were ticketed for Brussels.

You can pick any of several points and call that the start of the season -- TdU, Omloop, Paris-Nice opener. As of the departure from Milan yesterday, nobody in their right mind can refuse to acknowledge the season is now underway. But there are few cobblestones of consequence in Milano-Sanremo. There were fewer in Tirreno-Adriatico and Paris-Nice. There was lovely white gravel the weekend before that, but again no stones to influence things. [There are always some cobbles. It is Old Europe.] And the Omloop, however spectacular, was a month ago, when riders were steadfastly refusing to acknowledge that they were in proper shape. Even Sep.

Now, though, we point north, toward the infernal kasseien. Now every man Jack is in shape, or he's not on the start line. As of today, riders start the process of getting mentally and physically ready for the cobblestones. Maybe today you won't see anyone out on the Paterberg in a pro kit; at least the guys returning from Italy and 300km will probably take it easy. But by tomorrow morning, the sound of carbon wheels rattling over the stones means the start of the most exciting three weeks in cycling.* You know how I feel about this time of year: 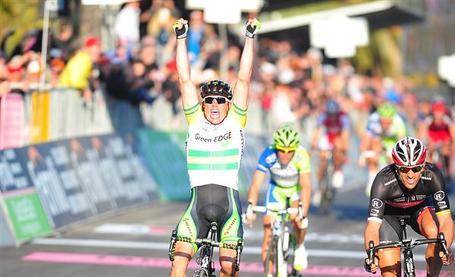