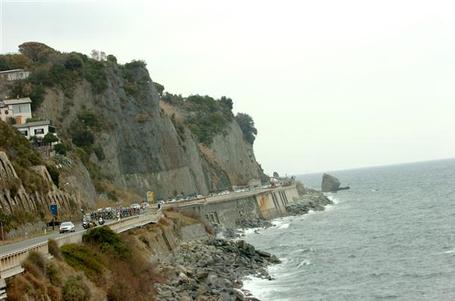 Milano-Sanremo, boring? People, you have no soul. It was a rollercoaster ride down the Ligurian Coast this year from Le Mànie to the finale in Sanremo. Did anyone guess the winner? I certainly did not. Simon Gerrans and GreenEdge played the sprinters' game to perfection. You hardly knew they were in the race until they won it.

In the final 100 kilometers of racing, the plot twisted and turned. It all began on Le Mànie, which is fast turning into a race maker of a climb.

This time around, World Champion and pre-race favorite Mark Cavendish went off the back on Le Mànie and took almost his entire team with him. I suppose you can’t leave the World Champion on the road, but with Edvald Boasson Hagen in the main field, the decision to throw everything at salvaging Cavendish’s hopes looked more like wishful thinking than wise strategy.

Of course, that’s easy to see in retrospect when we know how it all turned out. Cavendish looked quite obviously on a bad day, but plainly, he didn’t want to give it up. There was a brief moment there after the descent of Le Mànie when it looked like Cavendish had half a hope.

But up ahead, BMC Racing and Omega Pharma-Quick-Step determinedly pounded the nails into the coffin of Cavendish’s hopes. The race from Le Mànie to the Capi unfolded as a full-speed drag race through the beachside towns of Ceriale, Albengia, and Alassio. BMC and Omega Pharma-Quick-Step drove relentlessly up front, while Team Sky chased from behind. 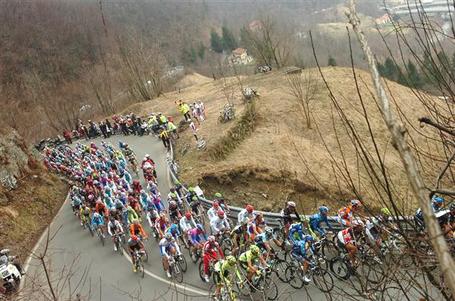 Though Le Mànie is not itself a difficult climb, its presence inside the final 100 kilometers has made Milano-Sanremo a considerably more difficult race. Anyone left behind on Le Mànie - and someone is always left behind - has to chase. And there will always teams determined to make the race harder and drive open the split.

As the race hit the speedbump Capi climbs, Gilbert came up along side his BMC team-mates killing it on the front. It’s not hard to imagine what he said. Go faster in any language has the same result. By the Capo Berta, it was clear that the day was over for Cavendish. BMC and Omega Pharma-Quick-Step had won this round.

But in bike racing, it can all change in an instant, and the grave you dance on may be your own. As the race approached the summit of La Cipressa, Philippe Gilbert crashed, to the undoing of BMC. Before La Cipressa, BMC seemed to have this race well in hand. By it’s end, Gilbert was out the back with little hope of regaining the main field. One mistake, one moment of inattention, and it’s over.

La Cipressa also saw Liquigas-Cannondale show their hand. Valerio Agnoli, who must be one of the best climbing gregarios in the sport, went to the front and drove that thing like a bank robber in a police chase. Vincenzo Nibali, circled near the front, but made no move just yet.

With a screaming cross-tail wind, the race flew toward il Poggio, the iconic final climb. Gilbert made it back to the second group, but no further. That put the Belgian champion nearly two minutes behind the front of the bike race, where he had so recently reigned, and well out of the game. 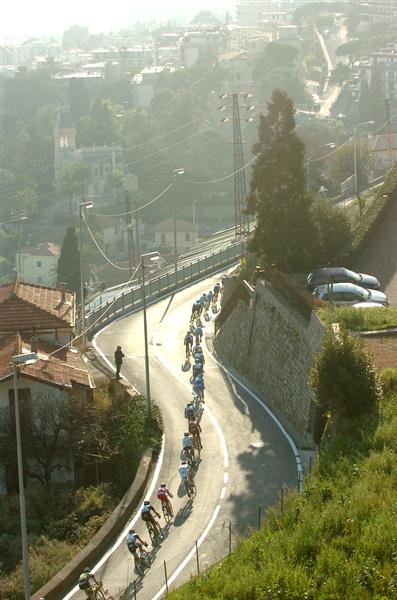 Onto il Poggio, Liquigas-Cannondale again played the Agnoli card. Then Vincenzo Nibali pounced on the Poggio only to find Simon Gerrans and Fabian Cancellara had come along, the uninvited guests at the feast. Really, that could not have been what Nibali wanted to see just then. Gerrans, he perfectly anticipated Nibali’s move, though it didn’t take a genius to know that Nibali had big plans for those final meters of the Poggio.

It was on for another round of run spot run. Cancellara tried to shake free Nibali and Gerrans on the descent, but Gerrans kept the Swiss champion in check. Behind, Katusha moved to the front in support of Freire’s ambitions, while Liquigas-Cannondale brought Sagan for a possible sprint finish. But still, there was those nearly interminable three kilometers to race.

From La Cipressa, time accelerates and compresses at Milano-Sanremo. Suddenly the race, which begins with long stretches of flats, hurtles toward its finale. But after il Poggio, it slows again. Time stretches out and those final kilometers feel forever long as the riders play their final cards.

In the finale, Simon Gerrans played Cancellara’s ambition to his own ends. Did you laugh when Cancellara tried to get Nibali and Gerrans to pull through? I confess, I did. Both Gerrans and Nibali had team-mates behind them, of course. Last year’s winner Matthew Goss sat in the chase group while Nibali had Sagan coming up from behind. Help Cancellara? As if.

At the Strade Bianche, Cancellara rode away with the bike race. At Milano-Sanremo, he couldn’t shake his breakaway companions. With Bennati behind in the chase group, Cancellara didn’t have to drag Gerrans to the line. Maybe Cancellara thought he could pull all the way to the line and win the sprint, too, or perhaps more likely he didn’t quite know where Bennati was on the road. There isn’t much time for calculation inside three kilometers to go.

Gerrans, he played Cancellara to perfection. Surely Gerrans knew he was safe in his decision not to contribute. He knew Cancellara would keep riding in the belief he could pull the break to the line and still win. Gerrans had only to stay on the wheel and wait for the sprint, no small feat when the wheel belongs to Fabian Cancellara. 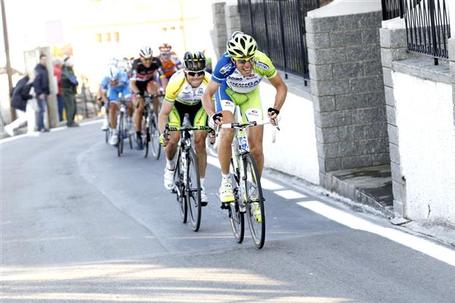 For Liquigas-Cannondale, the finale must surely have been an exercise in frustration with Nibali out in front committed to a three-up sprint he could not likely win while Sagan sat behind an unbridgeable gap. Indeed, Sagan won the sprint for fourth, while Nibali could only manage third.

No doubt Sagan will place higher than fourth before his career is done. For Nibali, a podium finish at a race that suits him so poorly as Milano-Sanremo must count as a success, though no doubt he’d prefer to win. Who wouldn’t?

GreenEdge rode a stealthy race, this Milano-Sanremo. It’s the quiet ones you have to look out for. When Gerrans went across to join Nibali, it was like the stripper bursting out of the cake. Well, hello there GreenEdge.

While BMC and Omega Pharma-Quick-Step broadcast their intentions loud and clear, GreenEdge rode quietly in the field in the classic sprinters’ tactic. Sit on, get to the finish safely, save your legs for the sprint. As Mark Cavendish showed us on Saturday, it’s easier said than done. When it works, there is an elegant simplicity to this tactic. No drama, just a quiet, deadly final twist of the knife.

And so we had an unexpected winner in Sanremo. Today’s news brings murmurings of changing the course to try to give the climbers like Nibali more chance. Gerard Vroomen had the best answer to that one: There is a race for the climbers, it’s called the Giro di Lombardia.

But we have quite a bit more bike racing ahead before we come around again to the Falling Leaves. As the passing over the Turchino tells us each year, Spring has only just begun.