Share All sharing options for: Double Trouble: Team Tibco Chasing Results in Europe and the U.S. 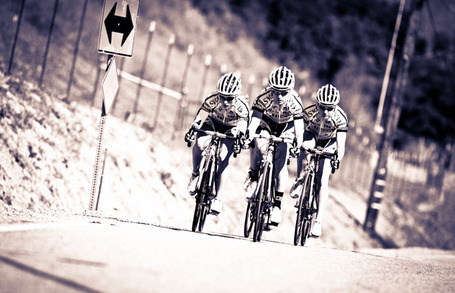 Tibco was the number two team in the U.S. national rankings last year behind Colavita-Forno D’Asolo. This year, the Tibco women are looking to score the top spot in the rankings while at the same time, chasing results in Europe. Unusual among women’s teams, Tibco has kept the same sponsor for the past seven seasons and their co-sponsor Silicon Valley Bank has supported them for the past six years.

The Tibco women’s team paid a visit to my neighborhood for some training not too long ago. I always like the chance to talk to bike racers, so I went for a surf and then I drove up the road to their house on the beach. I sat on the deck by the ocean and talked about bike racing with Tibco riders Amanda Miller, Meredith Miller, and Megan Guarnier. I also met them for coffee. Because who doesn’t like coffee with bike racers? 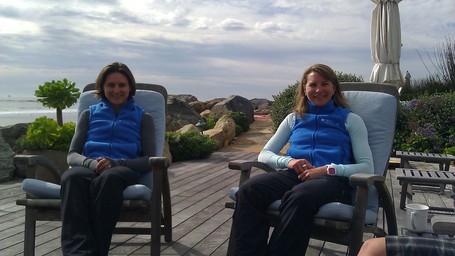 Team owner Linda Jackson said she assembled this year’s team with the goal of putting together of compatible group of personalities. She characterized last year’s edition of Team Tibco as a strong group of individuals. Though much of the team remains the same, Jackson added Amanda Miller from HTC-Highroad, Lauren Hall from Colavita-Forno d’Asolo, and Jennifer Purcell from Danbury Audi.

Former U.S. national champion Meredith Miller plays the key role of road captain, though she will not join the team for its European adventuring. “I see my role as bringing everyone together,” she said. Miller had just come off a season of cyclocross racing for Cal-Giant Berries before the team’s training camp. She mostly dismissed any personal ambitions for the season. “I’m here to help my team-mates reach their goals,” said the selfless Miller.

After a year of racing for HTC-Highroad, Amanda Miller returns to Tibco, where she got her start in pro cycling. Miller is in Europe riding the cobbles for the first time at the Ronde van Drenthe. She is also looking forward to the chance to race for results at the U.S. stage races like Tour of Gila and Redlands. I asked her what race she would most like to win and she said Flèche Wallonne. If, that is, she couldn’t have an Olympic Gold medal.

The Olympics are on everyone’s minds, and Jackson is quick to support the ambitions of both Miller and Guarnier. “I wouldn’t send the team to Europe if I didn’t think they could get results,” asserted Jackson, and as a multinational, Tibco is happy to see the women racing in Europe. 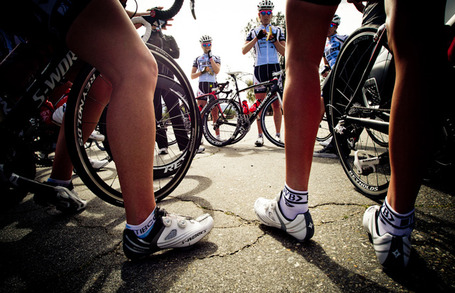 The Tibco women, taking a break from training. They're chasing top team honors on the U.S. circuit, and hoping to score some results in Europe. Photo: Larry Rosa Photography/Team Tibco.

But Jackson also has an eye on the need for the U.S. women to pick up valuable UCI points. At the moment, the U.S. has three spots in the Olympic road race, and a successful spring from top-ranked riders like Tibco’s Guarnier or Specialized-lululemon’s Evie Stevens could increase that number.

Last year, Guarnier scored her biggest international result at the Giro di Toscana where she won the overall. “I was trying to win the points jersey,” said Guarnier. “If anyone had told me I’d be on the final podium, I’d have been like, you’re dreaming!” she said. On one of the key climbing stages, Guarnier found herself in an elite group of 15 along side riders like Judith Arndt. “Well, at least I’m going to get top 15,” she recalls thinking. Even now, a half-year later, Guarnier seemed surprised by her success.

The growing number of women with international racing experience is steadily raising the level of racing in the U.S. “It’s more aggressive,” said Guarnier. Riders go to Europe, see the level there, learn to race more aggressively, and bring those lessons back home.

That dynamic can make it more difficult for younger riders starting out. Guarnier characterized her early career as being “thrown to the wolves.” She tells the story of being on the starting line at nationals next to Olympic gold medalist Kristin Armstrong. “It was 7am, and I looked down at my heartrate monitor and I was at 130, just sitting on the starting line,” she said laughing. 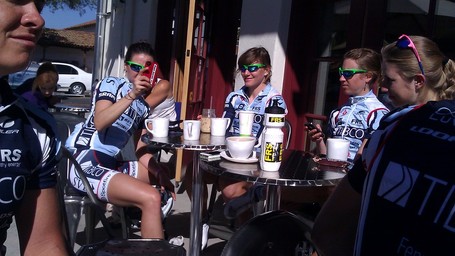 “It’s sink or swim,” agreed Jackson. The Tibco team owner believes the women’s side of the sport doesn’t yet have the numbers for a full-scale development tier. She also believes that the best riders will make it, despite a not-always gentle introduction to the sport.

Jackson also noted that the radio ban in U.S. racing has had an especially strong effect on the women’s field. Many women come to cycling after careers in other sports, and they struggle to learn the intricacies of team tactics and moving around the crowded bunch. “The radio ban means women are having to learn to race,” said Jackson.

The Tibco women’s team has proven especially successful at keeping its sponsors happy over the long term. Linda Jackson said that she has worked closely with them to find ways to provide value. Because of the limited media attention devoted to women’s cycling, she can not rely on media impressions to provide a return for sponsors. She has found that sponsors especially value personal appearance by the athletes, and the Tibco women participate in sponsor events in addition to their bike racing schedule. 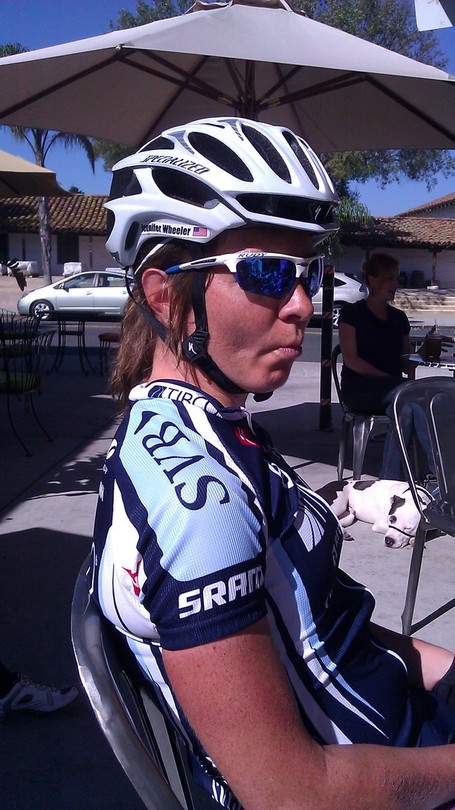 A few days after our beach-side chat, it was coffee ride day for the Tibco women. So, I hopped on my Schwinn and rolled down the local coffee shop to meet them. We said hello to Kim and Aaron. We drank coffee. We talked about girl stuff like jeans that don’t fit, and shampoo that doesn’t stink. Jennifer Wheeler taught Amanda Miller about split ends. We played with our latte foam. There was too much laughing, though really, with laughing, there is not too much.

Then, it was time to say good-bye and send the Tibco women off with good luck wishes. They rode off down the road in search of race wins and podium flowers. And tomorrow, they’ll take to the cobbles at the Ronde van Drenthe, their first European race of the year. 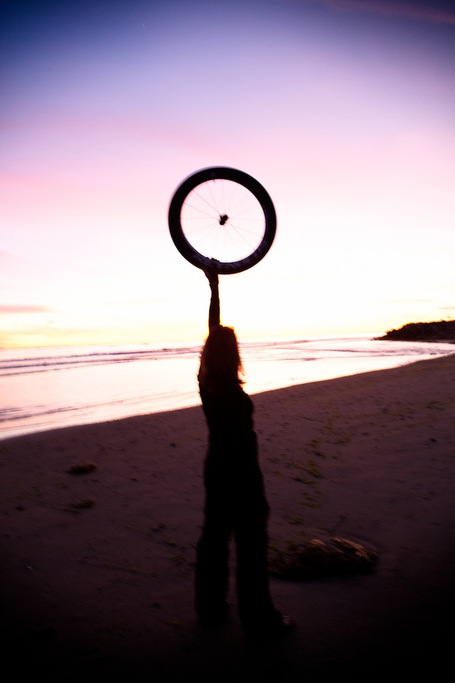