Giro d'Italia: On the Scene in Montecatini Terme for Stage 11

Share All sharing options for: Giro d'Italia: On the Scene in Montecatini Terme for Stage 11 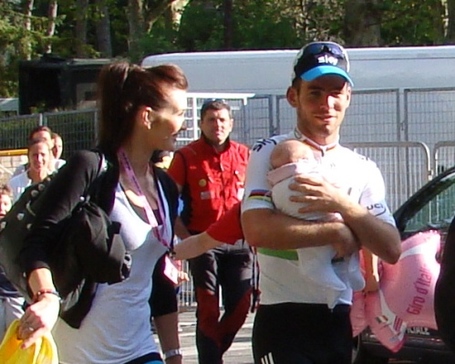 It was a beautiful day in Montecatini Terme Wednesday, perfect for a family outing.

I got a couple of shots of Roberto Ferrari just after he finished: 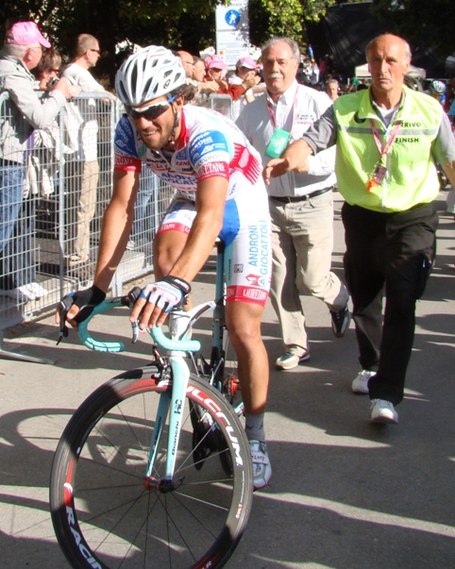 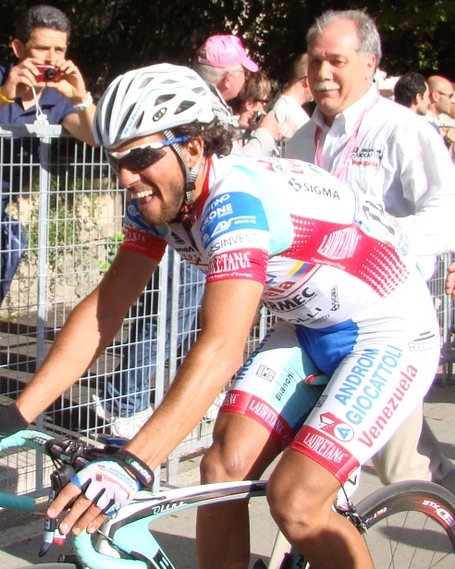 NetApp sprinter Daniel Schorn collapsed over his bike after finishing sixth in the sprint. 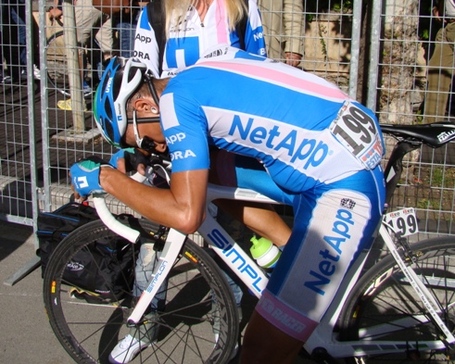 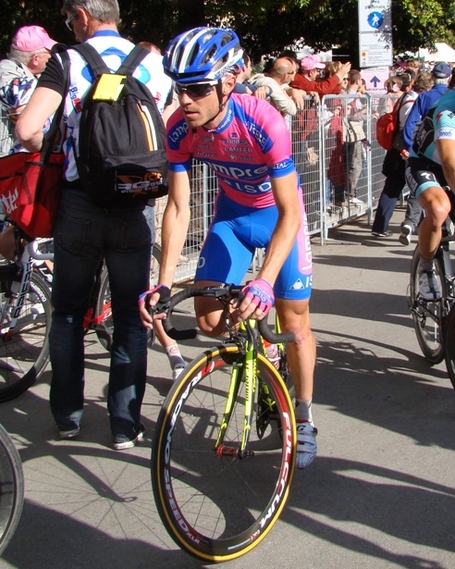 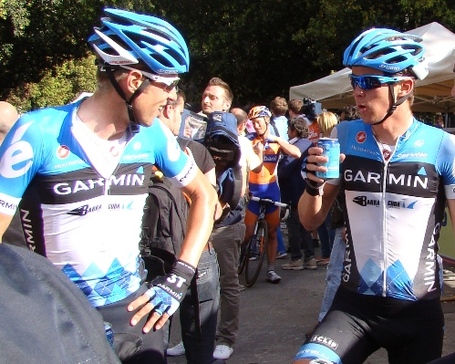 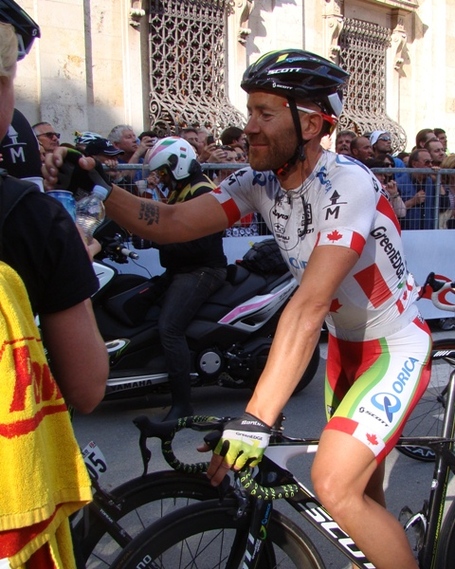 An interviewer waited while Basso grabbed a drink: 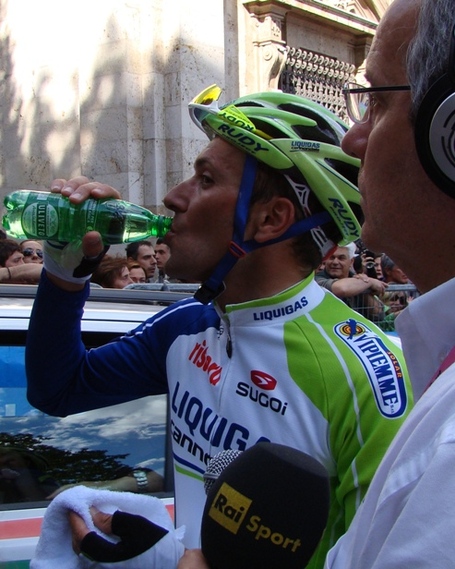 Navardauskas bore the marks of his crash on the final curve: 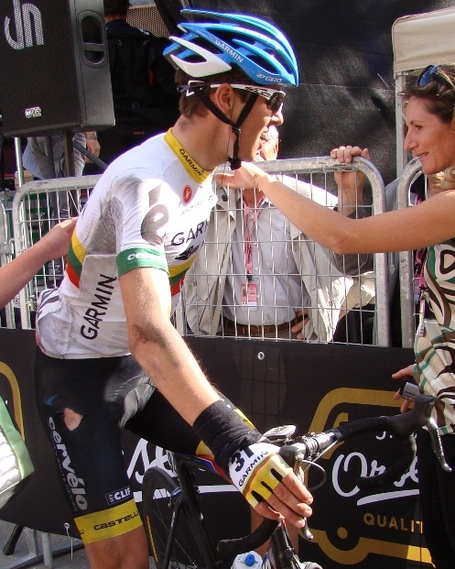 Ferrari on the podium: 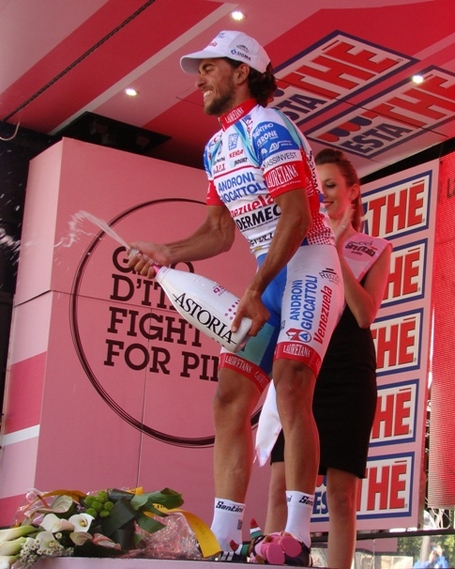 When Liquigas came on stage as leaders of the team classification, it looked like Fabio Sabatini's new baby, swaddled in a sweet little sleeve-blanket combo, may have broken Delilah Cavendish's record as youngest baby to make a podium appearance at this Giro (or ever?). 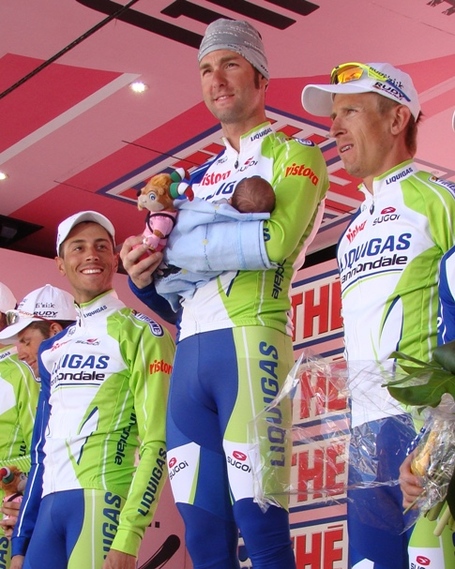 Cavendish didn't look thrilled to be on the podium without the stage win, but he cheered up when presented with the maglia rossa. 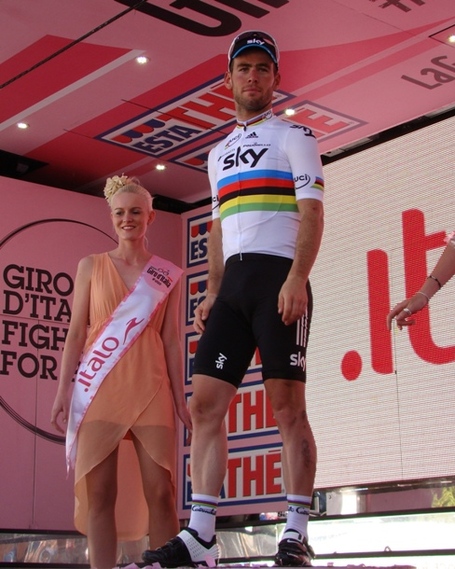 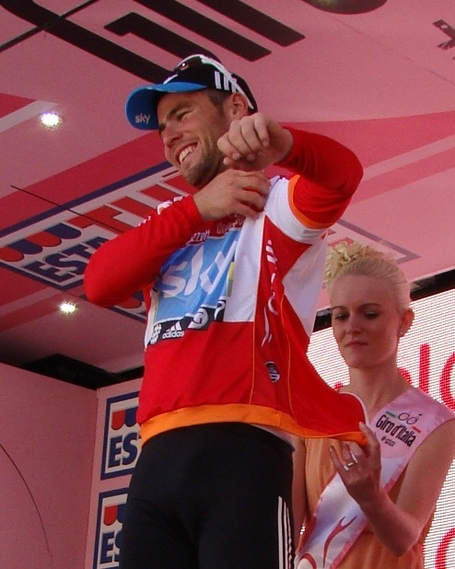 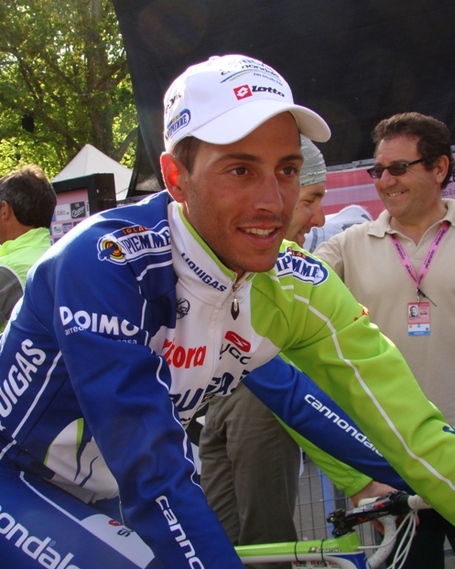 After appearing on Processo alla Tappa, Cavendish was joined by his beautiful family. 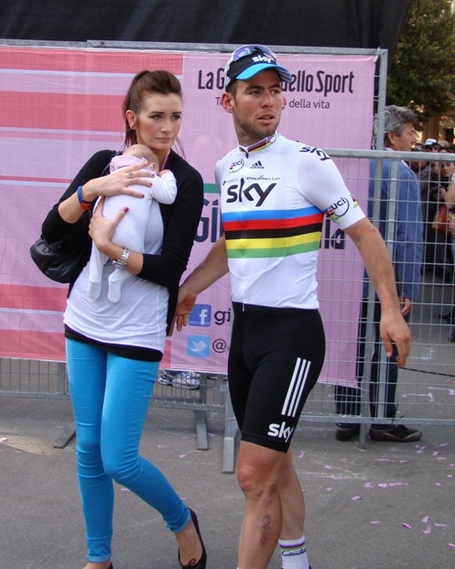 A bit later, I saw Benat Intxausti leaving the podium enclosure, and I followed him for a bit, hoping to get a good photo for Albertina. No luck with that (I'll keep trying), but as he rode away, I turned around to walk back to the press headquarters, and I saw Cavendish walking to a car with his girlfriend, looking relaxed and happy to be holding his baby daughter. 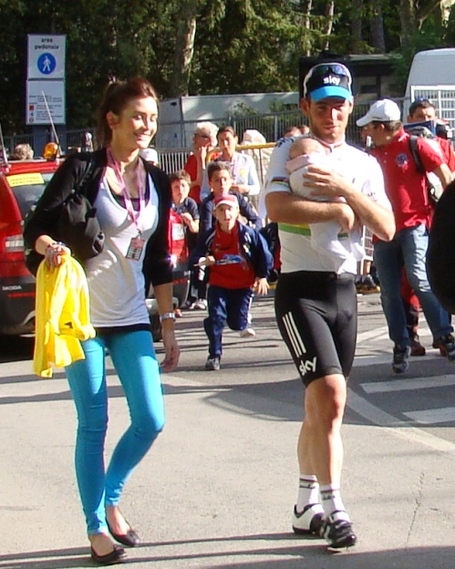