Giro d'Italia: On the Scene in Falzes for Stage 16

Share All sharing options for: Giro d'Italia: On the Scene in Falzes for Stage 16

I had the chance to ask Joaquin Rodriguez a question at the maglia rosa press conference.

Translation and a few stage finish photos on the flip...

The regular press conference translator wasn't at the Falzes presser, and the translator who was there didn't translate all of Rodriguez's answer to my question, so I've done my own translation. I didn't understand the last thing Rodriguez said, but the regular translator listened to it on my computer yesterday and explained the idiomatic phrase he used. Here's the translation:

Tomorrow clearly will be a stage for gaining time. There will be someone who will try on such a hard stage. Everyone talks so much about the descents, but certainly there will be someone who will try also on the climbs. The descents we have done up to now were not like tomorrow's descents, but neither were the climbs we have done so far like tomorrow's climbs. However, I think the Giro will be won in the climbs, not in the descents. Certainly, it is said so much that Basso is one who does not go so strongly in the descents, but I must say that when one arrives a bit "al gancio" (literally, "on the meat hook," but used in Italian cycling to mean at your limit, like an English speaker might say "on the rivet"), when going over the top of a climb like those of tomorrow "al gancio," none of us will be as strong as we have been up to now.

Purito at the stage finish: 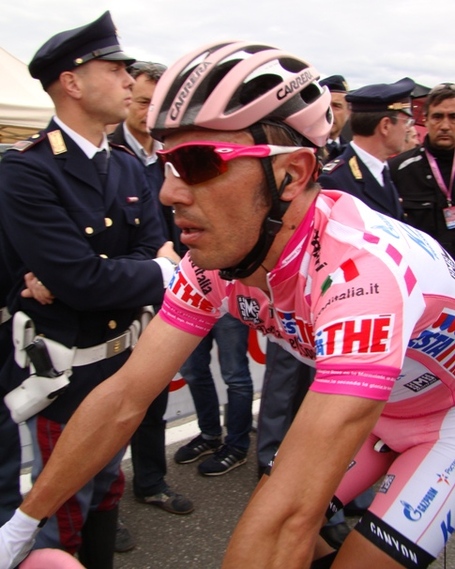 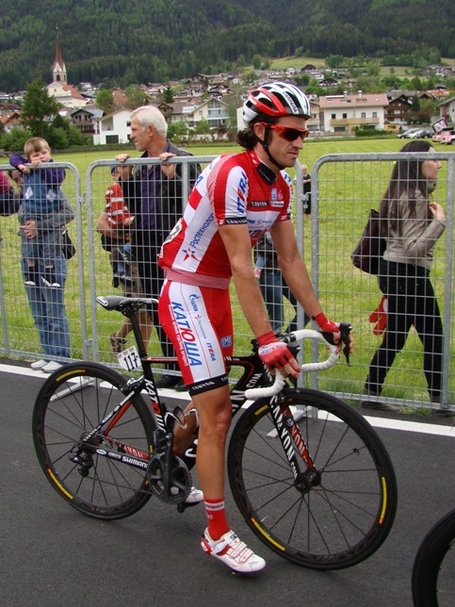 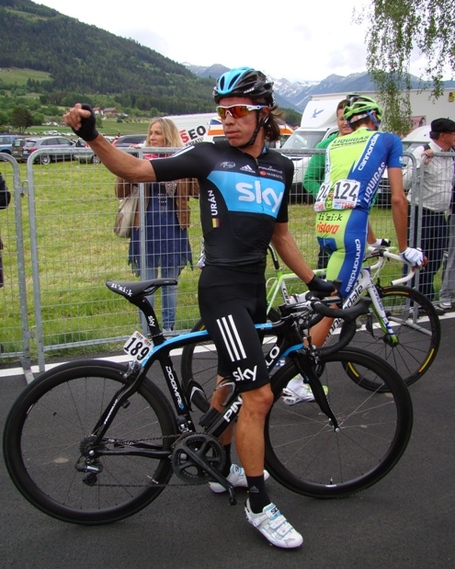 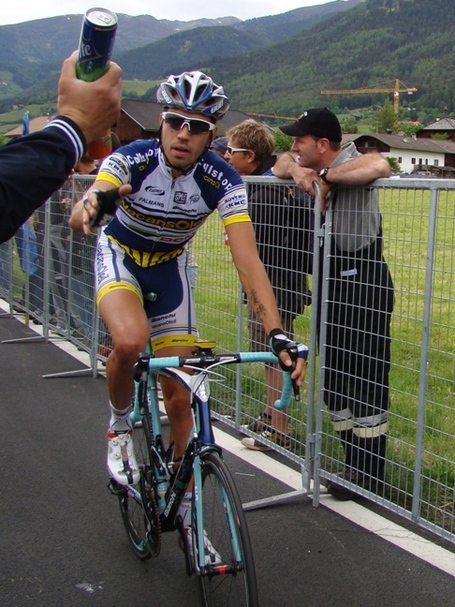 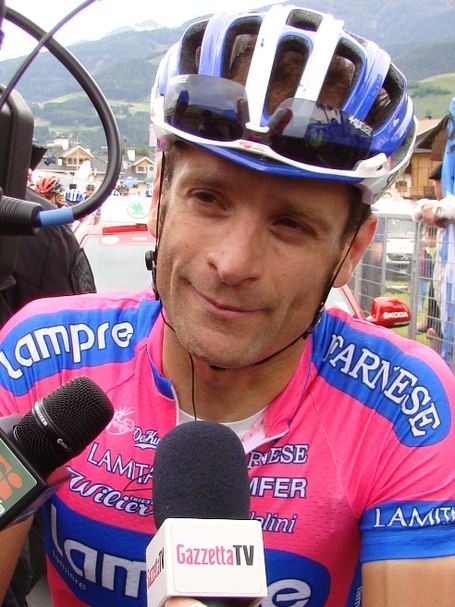 Izagirre on the podium and at the press conference: 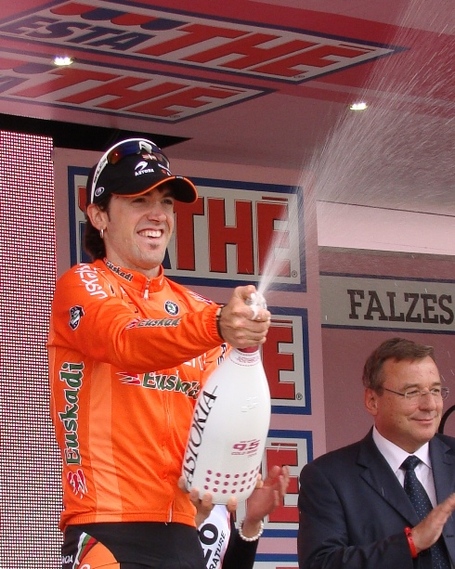 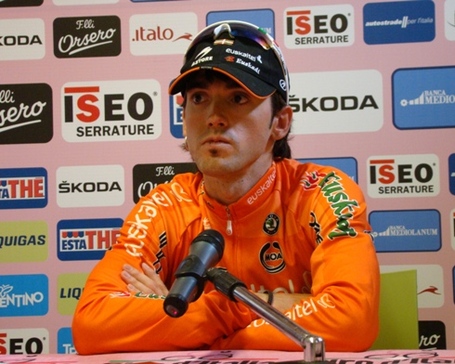 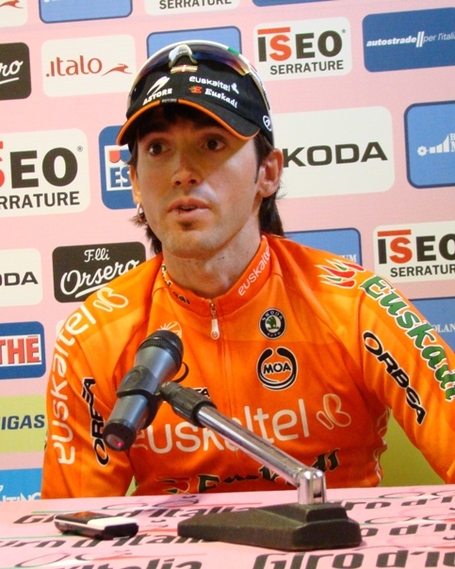