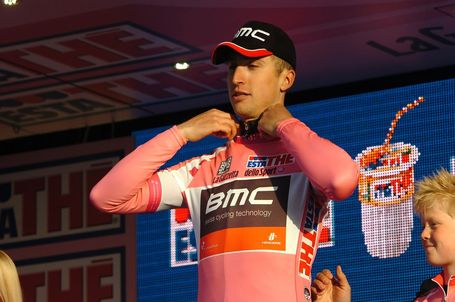 The Giro has started! Pull out your pink and rejoice, people! No, we're not in Italy yet, but racing and pink is here. BMC's Taylor Phinney opened up the racing in the Giro today by winning the 8.7km prologue in the Danish city of Herning with a time of 10'26". In doing so he beat a bevy of TT specialists and scored what is undoubtedly the biggest win of his career.

Full results and more details under the jump.

The course for today's prologue was fairly technical, though fortunately for the riders most of the turns came in the first half before oxygen debt really began to set in. Garmin-Barracuda held an early stranglehold on the leader board with Ramunas posting an early best time that withheld many attempts to unseat him. For the longest time, Julian Dean and Jack Bauer also represented Garmin in the top five. 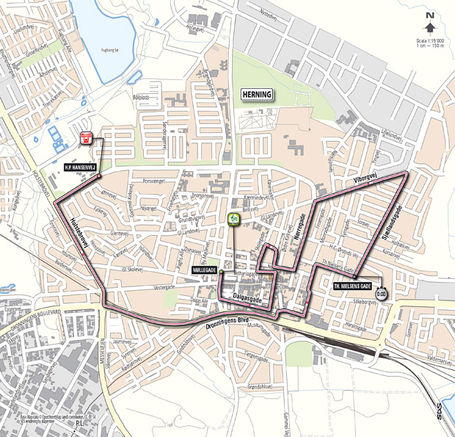 The sprinters were giving it their all in the prologue in hopes of securing a pink jersey later on, particularly after the team time trial. But an 11 minute race is a little too long for them, so the TT specialists generally had their day. Twice the announcers erupted in excitement as Brett Lancaster and Marco Pinotti came under into the slightly downhill ultimo kilometro with 1:10 to beat Navarduaskas' time, but both times the riders were left a second or two in arrears of the young Lithuanian.

After over an hour in the hot seat, Navarduaskas was unseated by Saxo Bank's Manuele Boaro, who knocked a whopping 8 seconds off the fastest time. But with Geraint Thomas behind him, Boaro did not even have time to make it over to the hot seat before the flying Welshman took a further 6 seconds off the winning time.

Now was the time of the fast men, and Taylor Phinney quickly unseated Geraint Thomas, taking an unbelievable 9 seconds off the winning time. With mostly GC contenders still left to come and Alex Rasmussen and Gustav Larsson unable to come close to his performance, Phinney's time was secure and he took what is undoubtedly his biggest victory of his burgeoning career.

In the overall classification, Phinney now wears the Maglia Rosa. Many of the overall contenders came in with similar times - Kreuziger, Basso, and Joaquim Rodriguez were separated by a mere 7 seconds - but Michele Scarponi and John Gadret must be disappointed to have conceded 30 and 40 seconds respectively to Kreuziger in such a short time trial.