Hincapie Will Retire After 2012 Season

Share All sharing options for: Hincapie Will Retire After 2012 Season 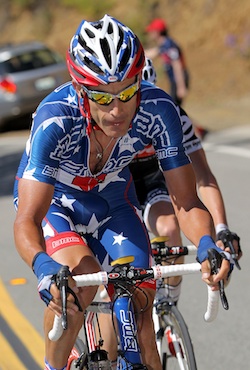 American cycling will have to part with George Hincapie soon, following his announcement today that this season will be his last in the pro peloton. Hincapie's retirement will bring to a close the riding phase of one of the more remarkable careers the sport has seen. Coming from the unlikely cycling address of New York City, Hincapie's Colombian father introduced him to the bicycle early on, and at just the right time, as young Hincapie caught on to the Motorola team, the extension of Team 7-Eleven, and rode their rise into a career in Europe. Hincapie has left several marks on the sport:

His pursuit of a monument win fell short, but in every other respect Hincapie has had a truly remarkable career. Chapeau George!