The Competition Bicycle, by Jan Heine

Share All sharing options for: The Competition Bicycle, by Jan Heine 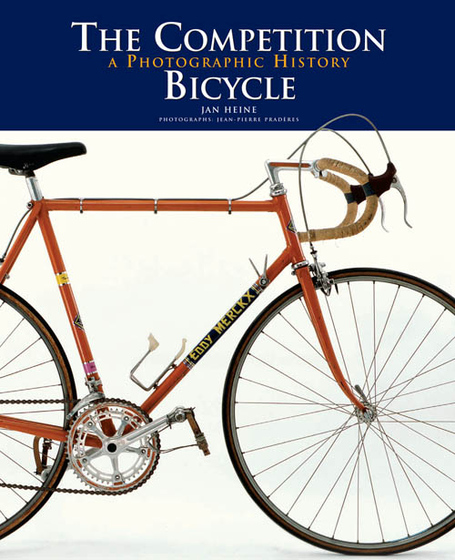 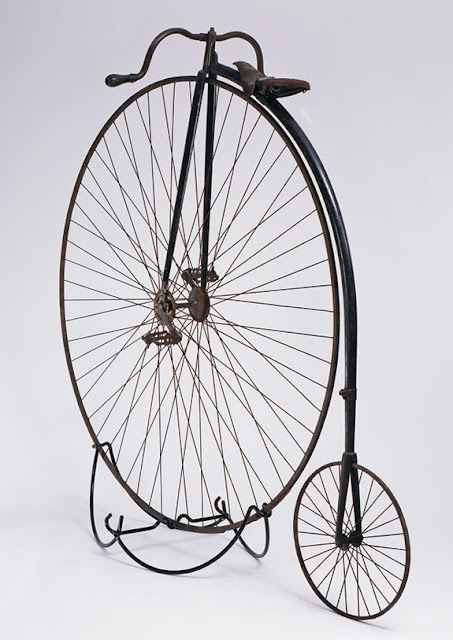 The great thing about bike pornography is that it doesn't need to be tucked away between mattresses or hidden under the bed - it can sit out in the open, comfortably nested on a living room coffee table ready for attention. A coffee table book, with its larger format, pictures and minimal text serves a single purpose: to entice casual reading and referencing. This is one segment of the publishing market where the kindle and iPad fall short. This beautiful picture book not only treats bicycles like pin-up models (although, there are no fold-out centerfolds) but provides some great general information on the history of cycling competition and bicycle technology. Seeing the bicycle as an objet d'art isn't unique to cycling enthusiasts, anyone can flip through this book and be impressed with the beauty of these machines.

The Competition Bicycle: A Photographic History is a large book measuring 9.5" x 12" and features some information that is slightly above the beginner level on general facts about the evolution of the bicycle, basic information on bicycle races, famous feuds and legendary riders. Jan Heine's text is never laboured. His anecdotes and stories offer a gateway that encourages further research. If you're looking for an easy entry point into the world of cycling, you could do much worse than this beautiful book. 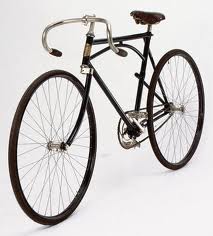 Beginning with a high wheeler racing bicycle from the 1880s and concluding with a Colnago bicycle designed exclusively to break the hour record in 1994, this book competently, albeit quickly, captures some of the major milestones and unique advances in bicycle design that have occurred over 100+ years of bicycle engineering.

Unfortunately, 176 pages is limited for the breadth and scope that this book covers. Furthermore, and this is fairly personal, there's a little too much variety and I felt that a lot of valuable real estate in the book was too focused on every different type of competitive bicycle. Everything from early racing bicycles, stayer bicycles, hour record bicycles, road bicycles, mountain bikes and even tandem bicycles is covered. Maybe the writer and photographer plan to release a 300 page opus that simply focuses on road racing bicycles from the 1970s to the present sometime soon? Or perhaps they thought that readers would be bored looking at the designs that weren't different enough. By the time I arrived at Eddy Merckx's beautiful orange road bike at page 127, I felt like the book was just starting to pick up speed but, sadly, I knew that I had finished more than 2/3rds of it and was nearing the end. 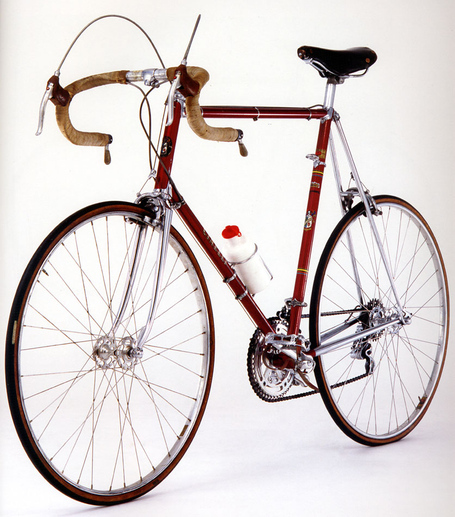 Each bicycle is given approximately four to six pages and the bikes are lovingly photographed in profile, 3/4 angle with the unique and specific components and details of each bike shot in close-up and explained. Each bicycle is situated in its time period with short paragraphs that discuss the origin of a particular bicycle or specialized component along with some biographical information, whenever possible, on the famous rider. In addition, vintage posters and photographs accompany the pin-up shots of the bicycles.

Every bicycle is photographed against an off-white background which serves to showcase the bicycles in the best light possible but also adds to a somewhat sterilized visual analysis of the bicycles. Nevertheless, the photography is exceptionally well done and the high quality paper serves to really bring out the details of the images. Perhaps in a later edition, they could try to take more stylized photos like the ones done for the Oregon-based speciality frame builder, Vanilla Bicycles. 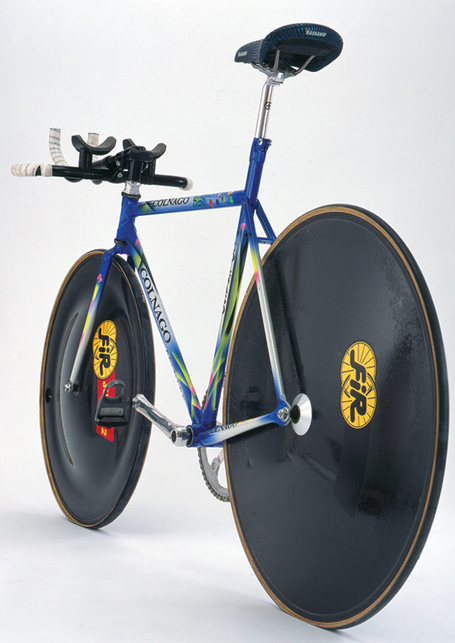 One minus of the book, for me, was the layout of the profile photos. The profile images are set to about a third of a page and are positioned in "portrait" orientation. For a book of this size, perhaps they should have considered enlarging the profiles by positioning them in a landscape orientation to maximize the massive page size. I imagine that they didn't want the reader constantly flipping the book on its side, but I wish the profile photos had been bigger so that readers could really focus on the bike overall. Thankfully, only one tandem bike has an image split by the spine of the book (I can live with that).

As noted in the "authenticity" section of this book (p.174), the authors worked diligently to track down the original models of the bicycles discussed and showcase them in their current condition like a museum exhibit. I like the look of a bicycle that has been worn in, something about the fading decals and chipped paint speaks to the uniqueness and personality of a bicycle. For aspiring frame builders, the exact dimensions of the frame geometry of all the bikes are provided in a glossary at the end of the book. 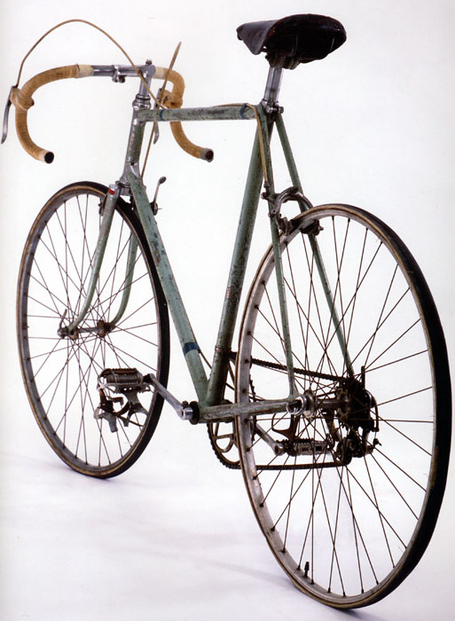 I learned an awful lot about the world of competitive cycling and also saw pictures of bicycles that were simply stunning, such as John Marino's Huffy road bicycle with its innovative aluminum frame design and styling all the way down to the aerodynamically shaped gear levers. However, there are some glaring omissions. For a book that concentrates a significant amount of attention on the hour record bikes, I found it strange that Graeme "the Flying Scotsman" Obree's original bike (that he built from spare parts) is conspicuously absent, which probably has more to do with the page count staying well below 200 pages. By the end, I was scratching my head as to why the book ends in 1994. Certainly it would have been easy to feature at least five more bikes from 1994 to 2008?

Despite its limitations, this is a quality coffee table book and should find a good home on any cycling enthusiast or art lover's coffee table. A worthwhile read and a beautiful reference guide featuring some seriously beautiful photography, too bad there aren't more bikes to covet.

About Eric Chouinard: Eric Chouinard is a communications professional and a cycling enthusiast. His self-published kindle book, Quick & Dirty Movie Reviews 2012, collecting over ten years of movie reviews, is available now from Amazon).