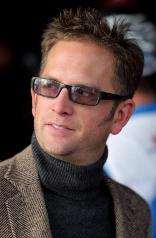 First the team, then the befuddlement:

Now a quote from race director Allan Peiper, who doesn't seem to know that "i" goes before "e":

"We have put together a well-balanced team with an emphasis on support for our leader, Ryder. We have Christian and Tom, both excellent climbers who each have had great GC rides in the Tour and have shown their strength in recent racing. Dan Martin, making his Tour debut, rounds out the climbers of the team," said main director Allan Peiper.

Huh. That's not the tune that was being sung before the Giro. After the jump, let's look at some older quotes...

"Then moving into the Grand Tour season, we’ve got Christian Vande Velde and Tom Danielson, obviously, while Dan Martin is starting to poke his head through.

Okay. That's a bit different. Maybe we should hear from the other riders.

Here's the title to a VeloNation article from last December:

Hmm. Yeah, a 8th place finish in your debut Tour would seem to warrant a second crack at that nut, no?

How about this article title form late January?

Okay this is getting uncomfortable. That's three guys who want to lead the team at the Tour, two of whom were just told in the press that, no, you got to put your hopes on hold. And for Christian and Tommy, they ain't spring chickens like Dan Martin, junior varsity. So how is this gonna resolve?

The For is easy: Ryder just won the Giro, which is a breakthrough to a level that Garmin has never experienced in its six years as a team. He's getting the publicity and he deserves respect. It only makes sense that he lead the team in the biggest race of the year.

The case Against is almost as easy: it has been a long time since a Giro winner has won the next Tour. Even a top five Giro rider has trouble being competitive in the Tour. Here's some recent riders who've been in the top five of the Giro and where they placed in the following Tour:

Contador 1st at Giro, 5th at the Tour (and then DQ'ed)

Kreuziger 5th at the Giro, 111th at the Tour

Menchov 1st at the Giro, 50th at the Tour

Jen Grey 2nd at the Giro (after Killer DQ), 36th at the Tour. He did win the spotty jersey at the Tour

Menchov 5th at the Giro, 3rd at the Tour

I could go on but meh. Overall the record is decidedly mixed at doing the Giro/Tour double. Only Menchov in 08 managed to podium at the Tour after riding the Giro. Other than Menchov you got Contador. Perhaps the smartest rider here was Pellizotti in 09 as he led his Giro team but just went for the KOM trophy instead of the overall at the Tour. (Nibali was the Liquigas Tour leader that year.) The rest were non-competitive-including the other two Giro winners listed here.

In terms of current Grand Tour riders, Menchov and Contador are at the top in terms of results as both are multiple GT winners. Does Hesjedal fit in with them? Well considering that he was an afterthought pre-Giro, the answer has to be: prove it.

The question then is can he maintain it? How likely is it that Hesjedal wil have more in his legs than Danielson, 8th at the Tour last year and having a similar but better pre-Tour build up this year, or Vande Velde who put in a killer turn as Hesjedal's super domestique at the Giro, or Martin 13th at the Vuelta last year? All of these guys are decent time trialists. You have to think that who emerges after stages 7, 9 and 10 and 11, the first real mountain stage (7) and first long TT (9) and then the two Alps stages (10,11), will be the guy the team backs.

Still one has to wonder what Vaughters is saying to Danielson and Vande Velde in private, both of whom are on record as pointing towards the Tour, these days. Are they really gonna protect Hesjedal if he starts to falter? What if they go into the stage 9 TT basically even and one or both of them come out decisively ahead of Hesjedal? In the run up to this Tour, no one is talking much about the Garmin squad outside of Hesjedal. But for Danielson and Vande Velde, this is a course to their liking. Is there or will there be tension in the Garmin camp? Is Vaughters saying something different in private to CVV and TD? Time will tell.