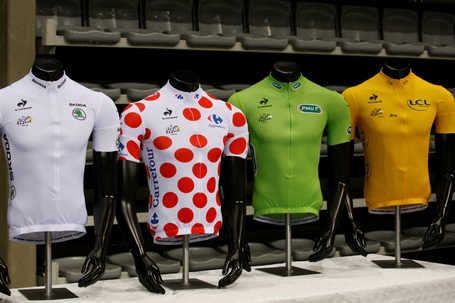 Live from Liege!... it's the Tour de France teams presentation! Yes, many of you followed it as it happened, as did our Patrick Verhoest, who made it to the event in person. He was escorted to his seat by the green jersey robot, right after the white jersey robot checked him in to the press gallery.

Much, much more, on the flip!

Seriously, that picture above... Does the Tour hate kids? Because if my kids saw those things in person, they wouldn't sleep a wink for at least 72 hours. I wouldn't be surprised if those things started chasing me in a dream about an hour from now. Anyway, to the teams. There were lots of new kits on display, and some other newish ones I don't think I've fully... um... appreciated. 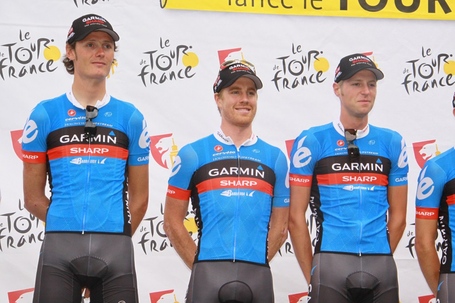 The blue will have to change a bit if they're sticking with red, and the Leopard skinny bands are getting a bit played out. But for short notice it's fine.

Saxo-Tinkoff was sporting its new digs as well: 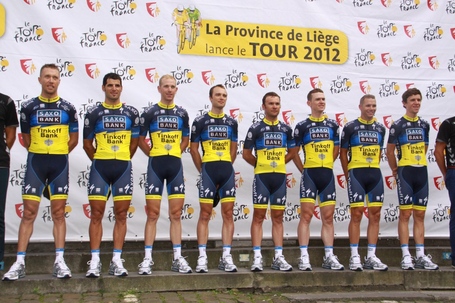 Oleg Tinkoff still has his taste levels set firmly on "garish". But thankfully the extra-tasteful Saxo design and dark blue manage the yellow infusion perfectly. Saxo have a thoroughly awesome track record with kits, except maybe for the medium blue screaming bird. And the mechanical abs.

Onto the Cofidis gang... 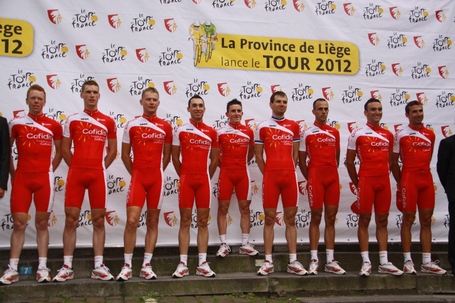 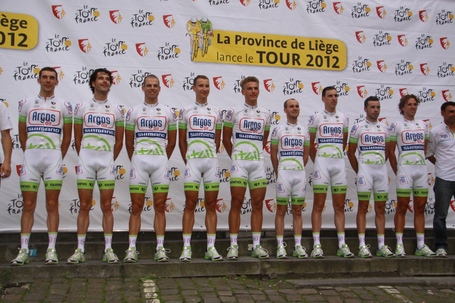 Again with the white shorts? Seriously, ladies, I beg of you, do not click on this photo to enlarge it. Just trust me. 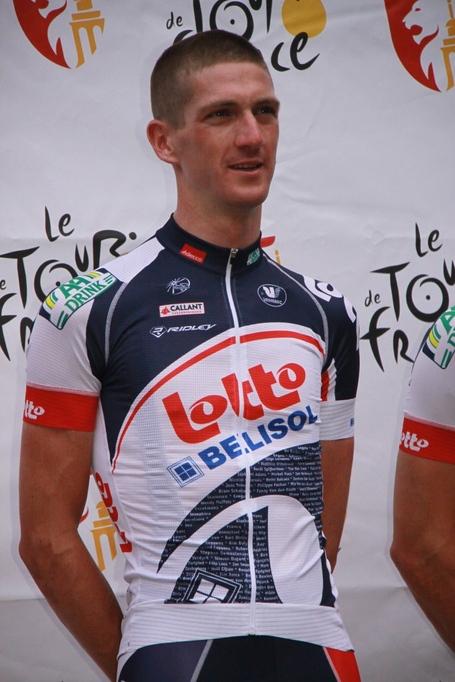 JVDB in da house. What's written on the blue field? The names of all the Lotto guys who have been bought off by Lefevre? 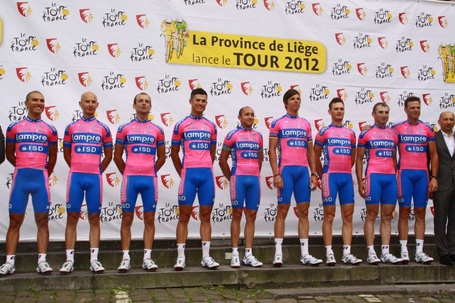 Cyclists really do look much better on their bikes. I am fine with the kit, but does it come in any size above extra small? OK, I guess they made a couple larger ones. 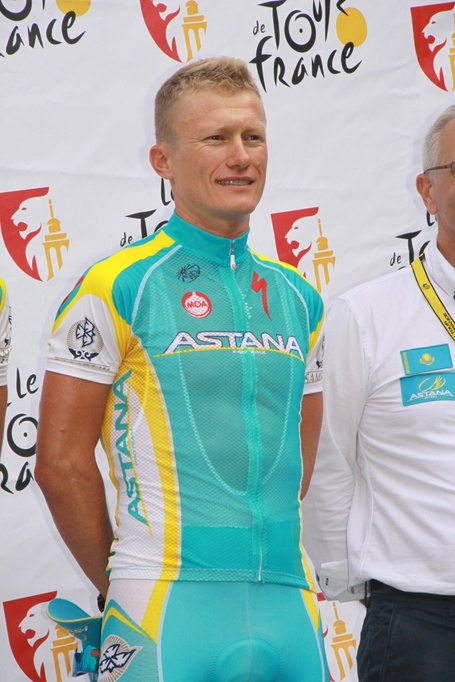 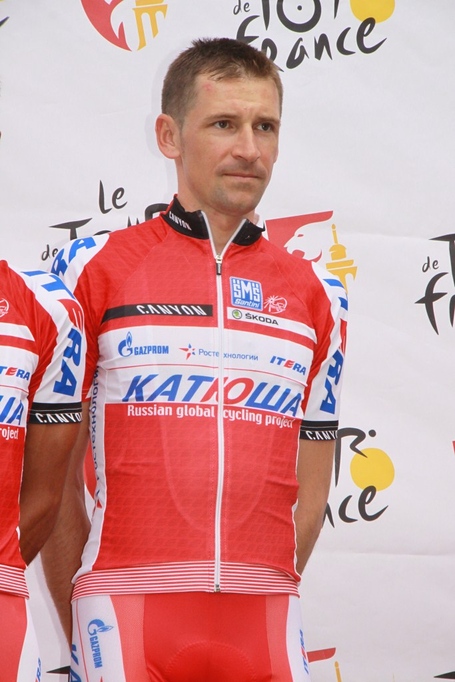 Don't sleep on Menchov. That is all. 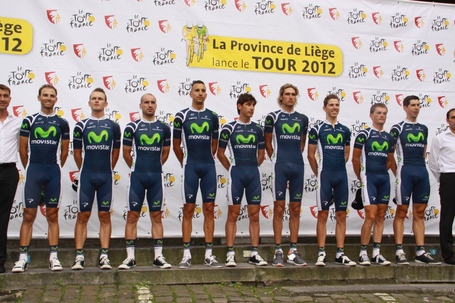 This almost looks like the Houston Rockets in the early 90s, when they had Ralph Sampson and Hakeem Olajuwon. 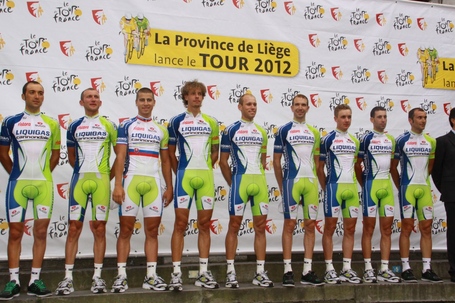 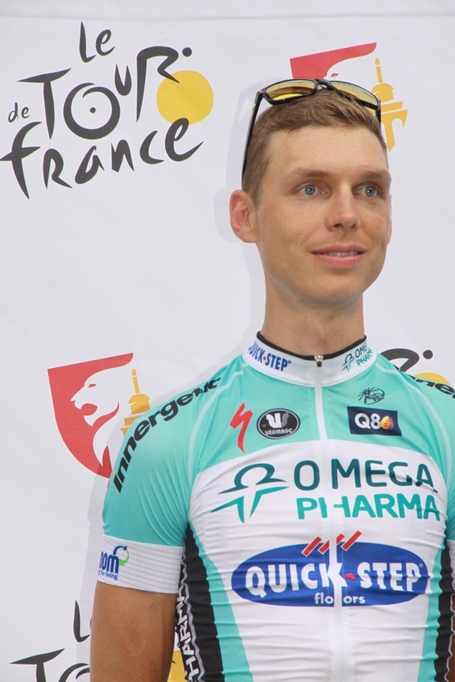 Panzerwagen!! Remind me again why we're not picking him to win the Tour? 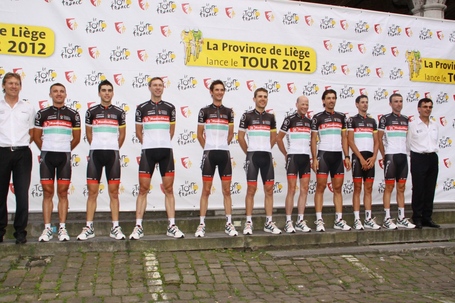 God, what a miserable couple weeks they've had. Can't get worse, right? At least Cancellara is back. 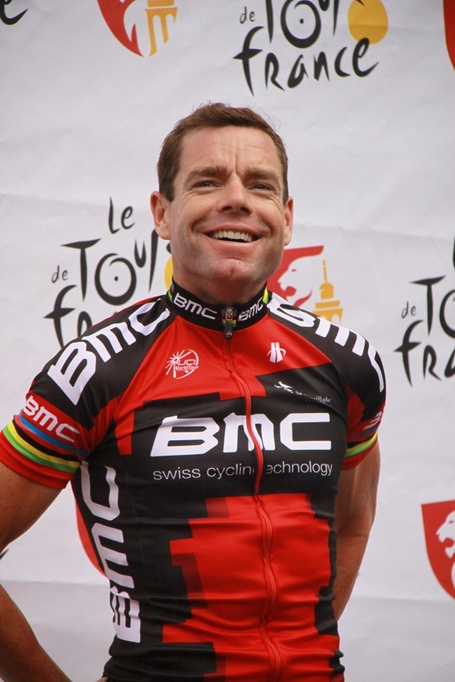 Can you believe this is the guy who used to yell at people for getting too close to his dog? 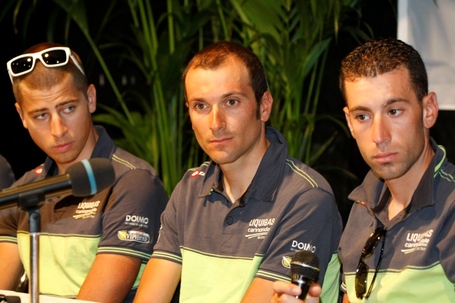 Peter Sagan won the interview too. 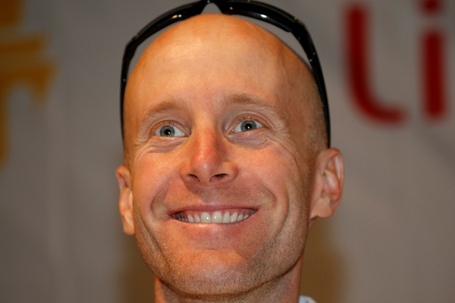 Seriously, does Levi have the happiest face in all of cycling? Maybe it's the lighting.

Anyway, that's all for now. Unfortunately, Patrick seems to have disappeared. His camera was found on the floor of the press room, and Tourbecco, who had caught a ride with Patrick, sent on the photos. This is the last photo on the roll: 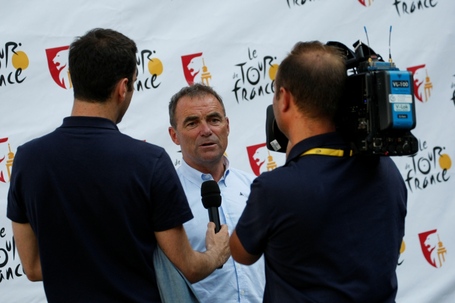 The video guy said Patrick accidentally knocked over the Badger's wine glass, and they haven't seen Patrick since. Be well, my friend!