Share All sharing options for: Anti-Rant: The 2012 Tour de Suisse is Awesome! 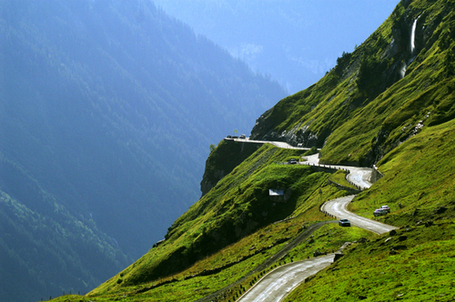 You may remember WillJ from such posts as "I rode up another awesome mountain" and "Today in Crushed Marmotte Dreams". Well, he was back at it again on Thursday, taking aim at one of Cycling's greatest events, the fourth (or so) best stage race in the universe... the Tour de Suisse! He is entitled to his opinions, but I am entitled to mock them. So, I give you... the Anti-Anti-Tour de Suisse Non-Rant!

1. Where The Hell Are the Alps?

1. Where The Hell Are the Alps? 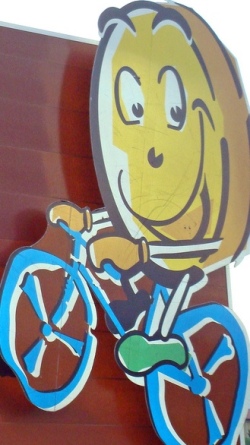 Point #1 in Will's takedown of the Tour de Suisse parcours has to do with the fact that the 2012 Tour de Suisse doesn't take in many of the innumerable high alpine roads in Switzerland's majestic Alps range. But this is where Will goes seriously off the track. National tours are events of unity, of showcasing the many glories a nation like Switzerland has to offer. He also ignores the importance of the medium mountain stages -- and it is here at these mid-mountain altitudes where cows graze on the fragrant herbs of the alpine pastures, not up in the rocky crags. It's here where the many cheeses of Switzerland are born.

Make no mistake, this is every bit as solid a cheese parcours as last year's Tour de Suisse. Sbrinz, Tilsiter, Bildner Bergkase, Raclette du Valais -- this is a wonderfully varied course, full of surprises. The only big omission is suara kaes, and there's probably some relief in that.

Bottom line: this parcours celebrates the delicate middle ground of mountain cycling. Not too high, not too low. Anybody can tell the peloton to ride into the clouds. Only the Tour de Suisse folks know that just below, in those grassy meadows, is where fragrant, cheesy magic happens. Follow along if you want in on the secret.

OK, I'll give him this one. But big ski resorts like Verbier and influence peddlers like the UCI have been gouging the little towns who prettyplease wouldn't mind hosting a very lovely and competitive stage finish since before the invention of the pneumatic tire. Get over it, Will! Do you know why the Tour organizers added Alpe d'Huez to your precious Tour de France?

[Will: The goodness of their hearts?]

Money talks and bullshit walks, Will. Sheesh, do I have to explain everything?

Why yes, they are. Here are a few highlights:

Of course they will. More highlights...

5. I am Not a Tour de Suisse Hater

Oh yes you are. Will lives in or near the Dauphine region of France, where his love of climbing and excess of Canadian manners make him as much a part of the local fabric as the Large Hadron Collider. Naturally, he is a total homer when it comes to the Dauphine Libere, or Criterium du Dauphine, as it's been scrubbed dubbed by ASO. Now, don't get me wrong, the Dauphine is a lovely race, but it's a bit like one of those folk music festivals where they gather all the big names on stage at the end and the music devolves into a skills contest. One by one, each musician is called to do a solo, and s/he obliges by whaling on his/her instrument in athletically impressive ways. Good times. But it's not music.

This is the Dauphine. "Let's do a massive Tour-style MTF! Now let's do a wicked long time trial! Now let's do a Tour style MTF time trial!" And so on. The Tour de Suisse is music: the highs and lows are there if you look for them, but they blend subtly into the fabric of a completed work. This is a Tour. Of Switzerland. Follow it and you will drink in the nectar of a very interesting country. And by interesting I mean especially if you're into things like precision and banking. And cheese. Don't forget the cheese.