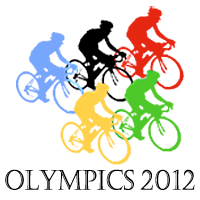 The women's road race was pretty different to the men's - only 140km, so only 2 laps of the Box Hill circuit, with lots of rain and standing water - but the women are known for explosive attacking riding on any kind of course, and they didn't disappoint.

The earliest attack was pretty much straight away, as Janildes Fernandes Silva tried a solo attempt - but it was as they left London that the first of many, many attacks came. In previous Worlds, Marianne Vos has suffered from every other country attacking the Dutch at every opportunity, so this year they took a pre-emptive strategy, with Ellen van Dijk attacking over and over again, with Loes Gunnewijk taking her turns when Van Dijk caught her breath.

Once they got to the hills, it was Emma Pooley of Great Britain and Evie Stevens of the USA who kept pushing it - in fact, it's impossible to list all the attacks, it was full of them! It was devastating to the peloton - dropping riders all over the place - but it was on the return to London that the biggest move of the race came.

Olga Zabelinskaya of Russia attacked first - and Vos, Lizzie Armitstead (GB) and Shelley Olds (USA) bridged across - and that was a scary break! Zabelinskaya is a former Junior World ITT Champion, Armitstead and Olds are among the best sprinters out there - and Vos is the best rider in the World...

It was a great group, but by no means a given, and then Olds punctured at a terrible moment! The chase was lead by two former ITT World Champions, Judith Arndt and Kristin Armstrong - the USA and German teams SO super-strong, racing for their sprinters. The gap went to 22" and then 45" - with Vos doing most of the work on the front, and Armitstead insisting Zabelinskaya took her turn.

The chase group worked hard, but they couldn't catch the leaders - the trio were able to relax, and start looking at each other. Zabelinskaya attacked first, but was easily caught - and in a sprint in the pouring rain, it came down to Vos and Armitstead - Vos winning in the most beautiful form!

Vos was in tears after the race, after winning a road gold to go with her track gold from Beijing, hugging her team-mates, who worked SO hard for her - and Lizzie was all smiles - after all, there's no shame in losing to Vos! She said it was the happiest day of her life.

Ina-Yoko Teutenberg won the bunch sprint for fourth - and congratulations to the very young French team, with two riders in the top ten!

Post-race discussion below - and add any fun tweets or pictures you see!

EDIT! And if this whets your appetite for women's racing, start with my "2012 races not to miss!" - and feel free to ask any questions in the comments, we always answer everything!