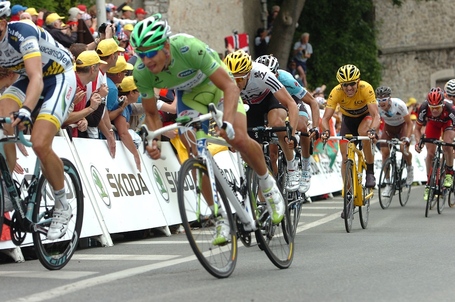 Peter Sagan of Liquigas survived a wild uphill finish in the Tour de France to win his second stage of the Tour de France in Boulogne Sur Mer. Wearing the Green Jersey, Sagan emerged from a group of 50 or so riders on a steep slope, avoiding a crash that held up half of them and a slick turn that took out a coupe more and thundering around the outside of an uphill bend with devastating effect, soloing away from Edvald Boasson Hagen of Sky for the easy victory.

More KOM points on the trot today for the four-man breakaway on this hilly, classics-style stage across northern France from the Wallonia border to the English Channel. Saxo's Michael Morkov scooped up points for the third consecutive day, and got a combativity prize for his trouble. Behind, the peloton split just inside 30km thanks to a massive pileup that saw JJ Rojas of Movistar, Kanstantin Siutsou of Sky and Giampaolo Caruso of Katusha injured. Meanwhile, Christian VandeVelde, Dan Martin and Tyler Farrar of Garmin-Sharp were held up, triggering a big team reaction to pull them back. Thomas Voeckler lost the pace, setting him up for a breakaway later.

Tragic news came out later that a spectator was critically injured by a caravan vehicle. Not an ordinary day in the Tour by any means.

Liquigas spent much of the day controlling things, perhaps with Peter Sagan's fortunes in mind. Sylvain Chavanel of Omega Pharma Quick Step attacked at the 5km mark, loosening up matters for both the stage and the maillot jaune. Radio Shack responded, as did BMC, and they caught him with under 1km left.

No great changes to GC, as the crash in the finale invoked the rule that riders held up aren't docked any time. Sagan was already in green and keeps it. Morkov consolidated his lead in spots, while Van Garderen remains comfortably in white.

Update! The Sagan Celebration, in pictures, on the flip: 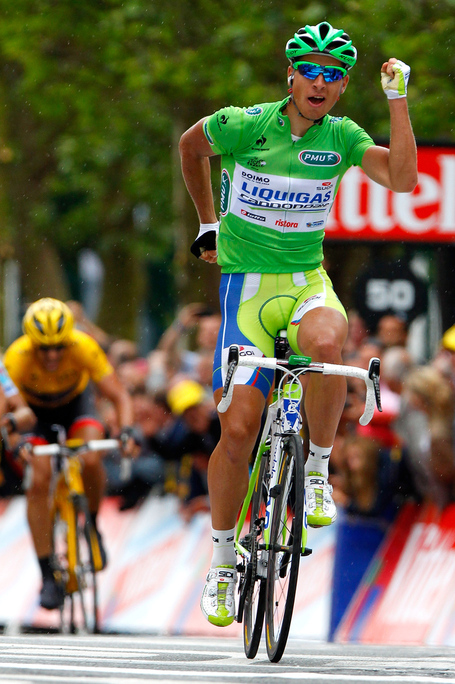 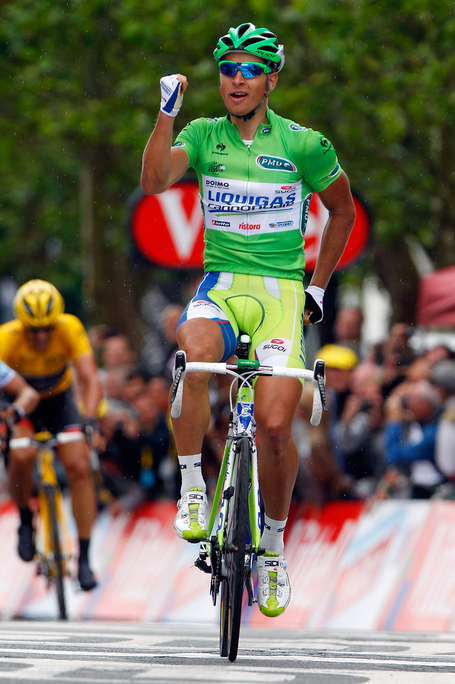 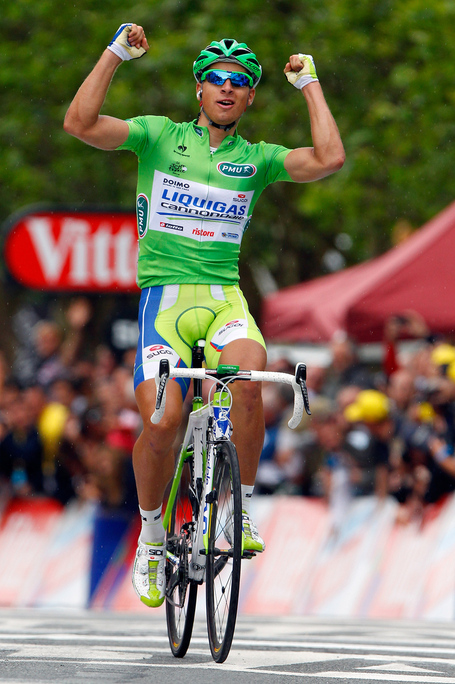 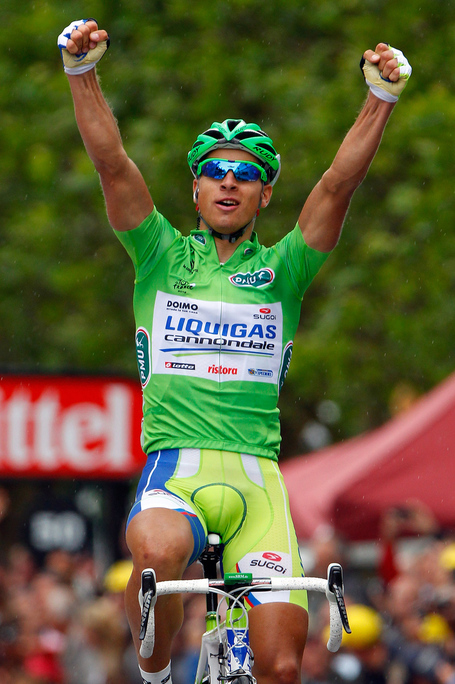