The Golden Age of Handbuilt Bicycles, by Jan Heine

Share All sharing options for: The Golden Age of Handbuilt Bicycles, by Jan Heine 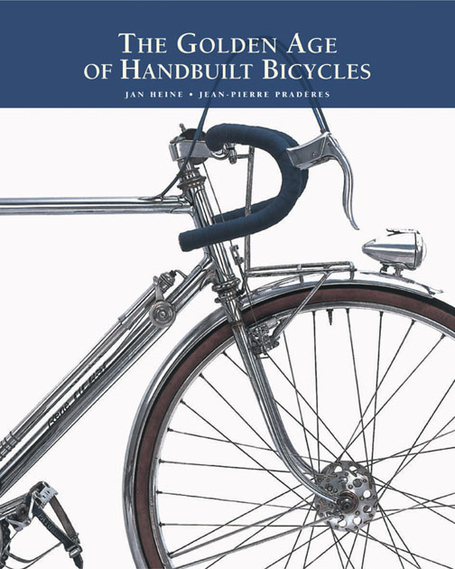 Title: The Golden Age of Handbuilt Bicycles: Craftmanship, Elegance and Function
Author: Jan Heine (Photographs by Jean-Pierre Pradères)
Publisher: Vintage Bicycle Press
Year: 2009
Pages: 168
Order: Bike Quarterly
What: A large format photographic history of classic handbuilt bicycles.
Strengths: Beautiful images of 50 bicycles from 1910 to 2003
Weaknesses: I want some of these but they're too expensive.
Review by: Eric Chouinard 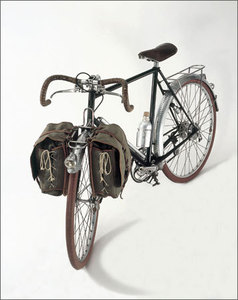 I previously reviewed Jan Heine's first collaboration with Jean-Pierre Pradères, The Competition Bicycle, and lamented the fact that there weren't enough bicycles featured and that the bicycles suddenly ended on a competition bike released in 1994. I'm happy to report that this photographic coffee table book features a whopping 50 bicycles and puts the focus squarely on beautifully hand-crafted bicycles that were built primarily for cyclotourists. While The Competition Bicycle featured the fastest and lightest of some legendary racing machines, the sports cars of the cycling world, The Golden Age of Handbuilt Bicycles focuses on the handcrafted luxury sedans of the cycling world. These are bicycles built for comfort and distance, where riders are able to load up panniers to racks and take off on vacations and long cycling tours across the countryside. There is some mention of cyclotouring races but they are not the focus of this book. 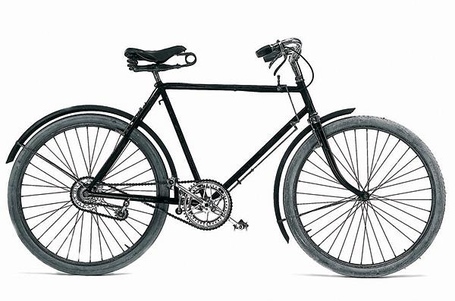 As with The Competition Bicycle, The Golden Age of Handbuilt Bicycles is a large book measuring 9.5" x 12" that features some background information on the bicycle makers that created some of the incredibly beautiful machines found in between the covers. The page count is nearly the same as The Competition Bicycle but there is a faster pace as virtually all the bicycles receive approximately two to three pages, which accounts for almost double the amount of bicycles covered in comparison to the previously reviewed book. 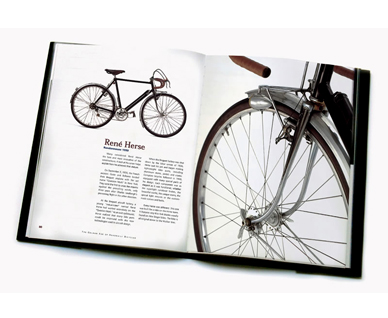 The writing is accessible and focuses more on the companies that made the bicycles (and sometimes on the ownership of the bicycle - who ordered it, for instance). Non-cycling enthusiasts should be able to pick up this volume and flip through the pages and find something to like. The images are beautifully detailed and provide some excellent shots of each individual bicycle and highlight some of the design quirks between each bicycle. Every bicycle is once again photographed in a studio setting against a white background and archival images help to situate a bicycle to its particular time period. 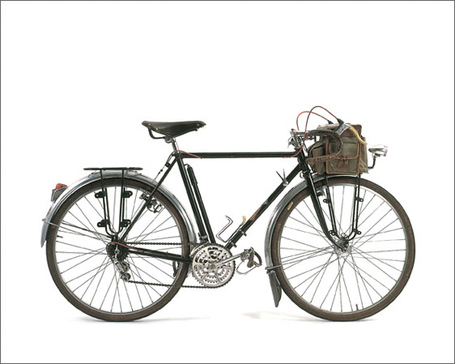 Cyclotouring bicycles are more relaxed in their geometry than their racing counterparts and the craftsmanship and focus on reliability, durability and aesthetics as opposed to speed is what makes these machines interesting. I have a great affinity for beautifully crafted bicycles and I absolutely love the lighter coloured frames with leather saddles and handlebar tape and elegantly stylized top tubes and crests. Obviously, personal taste is at play in many of these bicycles and I really like the chrome accents and styling of these bicycles. There are some pretty rare and (most likely) expensive collector's bicycles on display in these pages and they're all beautiful. 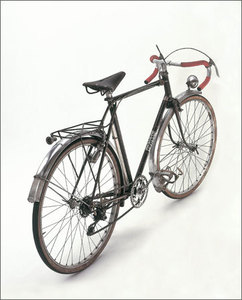 The only knock that I have against The Golden Age of Handbuilt Bicycles is that it falls short in the variety of builders ("or constructeurs") featured as it primarily favours French builders. Where are the other regional builders of luxury cycling machines from other countries? I imagine that there are some incredibly unique Italian and German touring bikes out there that would have provided a much more varied look at the world of handbuilt bicycles. When I originally ordered this book, I figured that I would have a chance to view rare and priceless machines built by a wide range of expert frame builders but the focus is mainly on French builders. Two builders' bicycles keep popping up repeatedly throughout the book: Rene Herse and Alex Singer. While their bikes are beautifully crafted, I would've liked to have seen some differences between the methods and craftsmanship of bicycles built in other countries. I imagine that the repeated use of Herse and Singer bicycles probably has a more to do with the availability of bicycle collections and the condition of these elegant machines. I should mention that many of the bicycles featured are from frame builders that no longer exist but the book has a short feature on Ernest Csuka, who was still hard at work crafting bicycles in his Alex Singer shop in 2009 (note: sadly, Mr. Csuka passed away at the age of 81 in 2009 after the publication of this book). 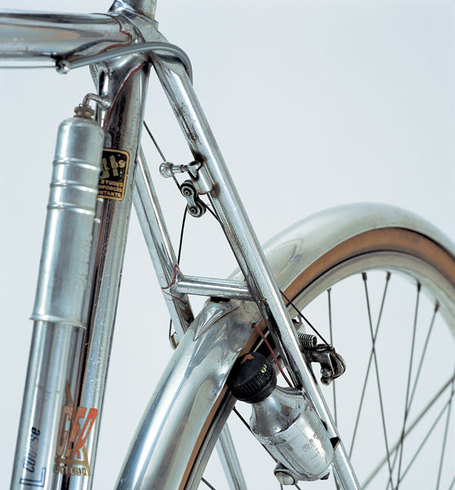 While it's unfortunate that The Golden Age of Handbuilt Bicycles suffers from the lack of diversity in regional frame builders, it does not detract from the beautiful assortment of French handbuilt bicycles on display in this interesting coffee table book that features some great images that, at the very least, can inspire the average cyclist to consider ordering a custom bicycle from a local frame builder or, at the very least, add some distinctive touches to a factory ordered frame. 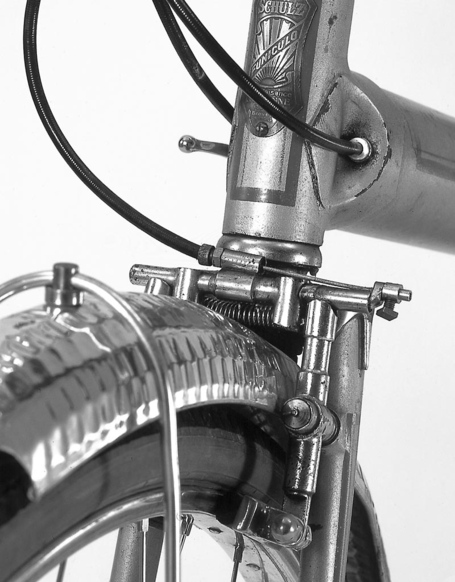 While flipping through The Golden Age of Handbuilt Bicycles I began to wonder why there aren't any die-cast 1/12 scale models of bicycles for display? I would love to have a scale model of one of these beautiful, rare and expensive bicycles sitting on my desk, or even a scale model replica of Eddy Merckx's orange bicycle from the 70s. There are 1/12 scale models for cars and motorcycles, why not bicycles? The Golden Age of Handbuilt Bicycles certainly makes the case for it, but then again...this is probably why some of my friends think I've gone over the deep end with my cycling obsession. 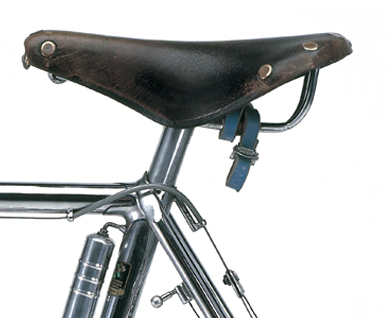 About the reviewer: Eric Chouinard is a communications professional and a cycling enthusiast. His self-published kindle book, Quick & Dirty Movie Reviews 2012, collecting over ten years of movie reviews, is available now from Amazon.