Tour Of Utah Stage 1 - Ride Along

Share All sharing options for: Tour Of Utah Stage 1 - Ride Along

I had the pleasure of being able to ride along in the team car for Competitive Cyclist during Stage 1 of the Tour Of Utah. VERY interesting way to see the race and all the team interactions that go along with it. Almost all teams had 2 teams cars in the caravan and I was lucky enough to draw the one following the break with Competitive Cyclist rider David Williams representing in the group of 4. More on the flip....

A word of advice for any Team car ride along.....ask what kind of car they are driving....
really nice car but cramped with 4 people in it and spare wheels. 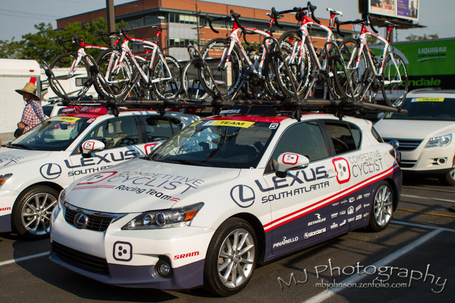 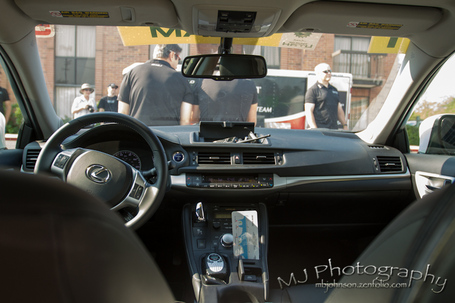 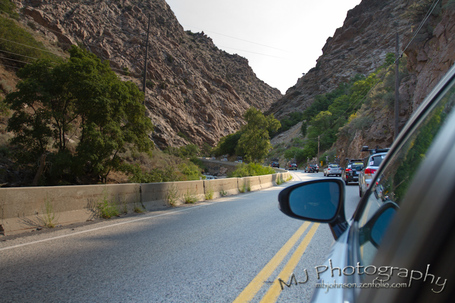 Now before it starts to sound like it was a bad deal let me make sure to tell you it was very interesting. There are a ton of things that go on during the race you normally do not get privy to. Not the least of which is constant Race Radio chatter detailing everything going on in the race and also including team talking between DS's and riders and DS to other DS along the road. Simply put it is a whole other side of racing to what we are used to seeing. While it may be difficult to get great pictures in this position it was a great experience all the same. 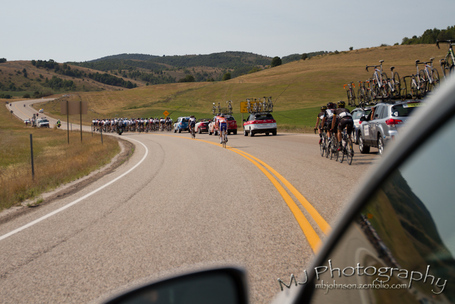 The break begins to form and pull out to over a minute and we are called up to pass the peloton and catch up to support David up the road. 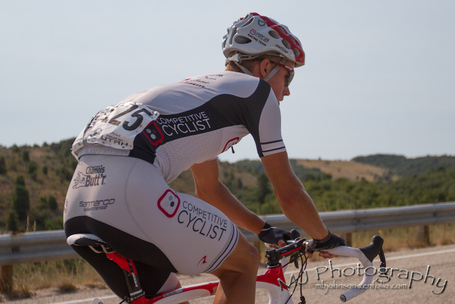 As we catch up Jason (our driver) talks strategy with David for the upcoming miles. They go by slowly and with little change in the race other than the rope given to the break. At one point it hovered around the 11:30 mark and the break teams began to ask the riders to dial it back so that the main peloton would not push too hard to close it down too early. The heat really began to make itself felt as the riders were absolutely tearing through the water bottles. It was too hot for mixes most of the time, All just wanted water, either to dump on themselves or replenish rapidly evaporating sweat. 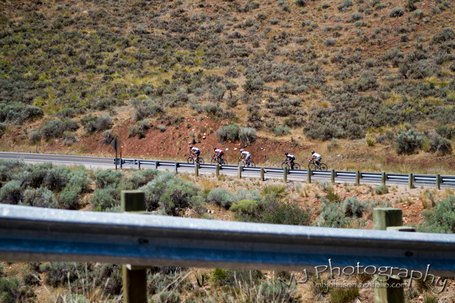 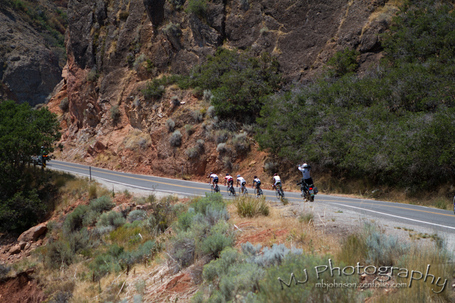 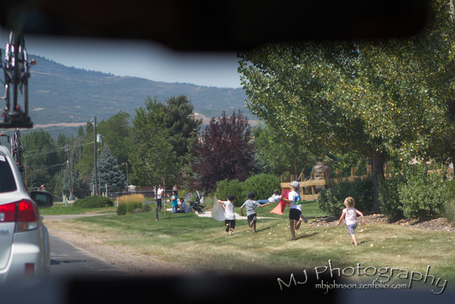 David begins to feel the pressure of being in the break all day and fighting the wind and the heat. Sweat soaked and salt crusted it is time to just fight to the finish. 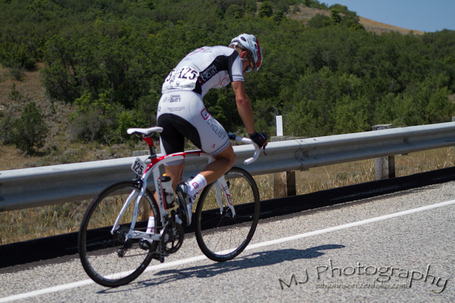 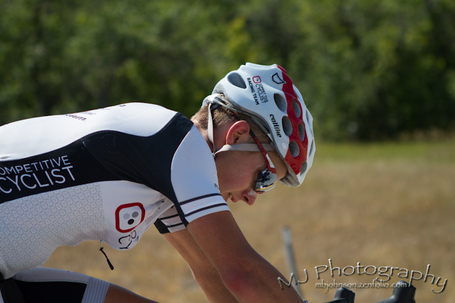 One of the highlights of the ride was the humor generated by the Commissioner in charge of the break. Apparently he has a ton of hand signals that unfortunately no one seems to know, many times it seemed as though his day job was as a Orchestral Conductor. 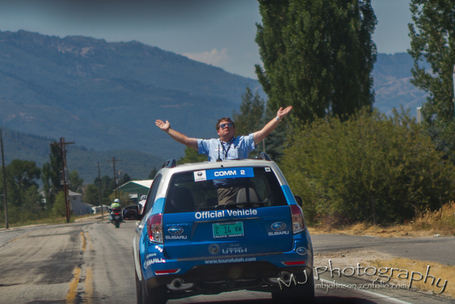 The suffering begins in earnest as we hit the final climb of the day and riders are all over the climb. By this time the break has been mainly neutralized and we have drifted back into the pack on the climb. 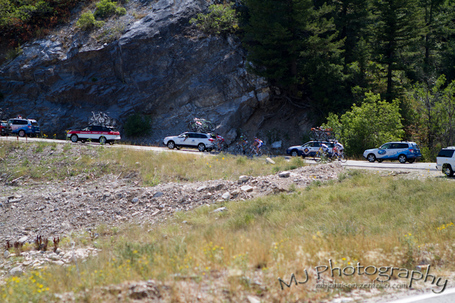 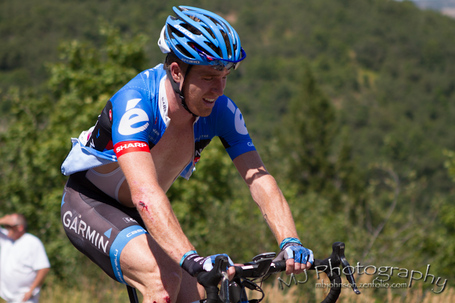 Sam Johnson from Team Exergy asking for a pull up the hill...still managing to grin. 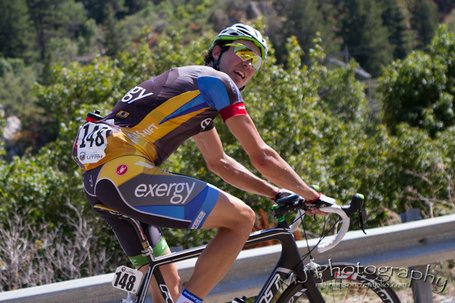 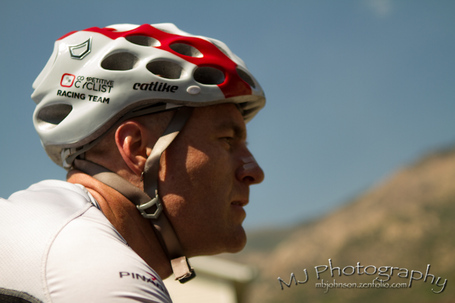 Over the top and pulling back to the forming Grupetto. 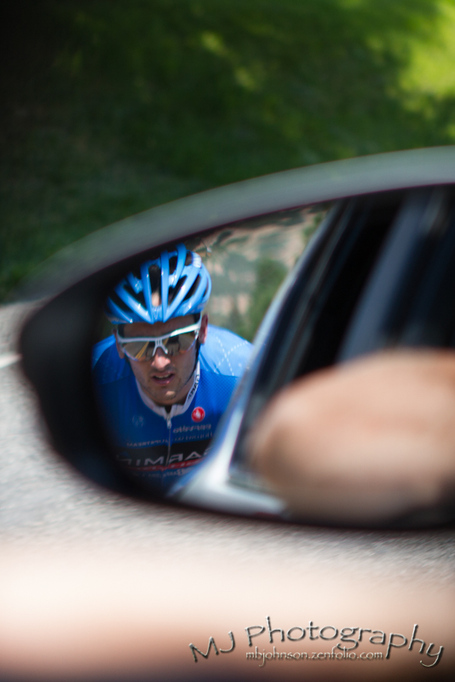 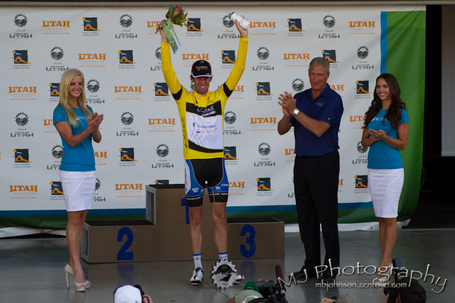 and the podium kiss!!! 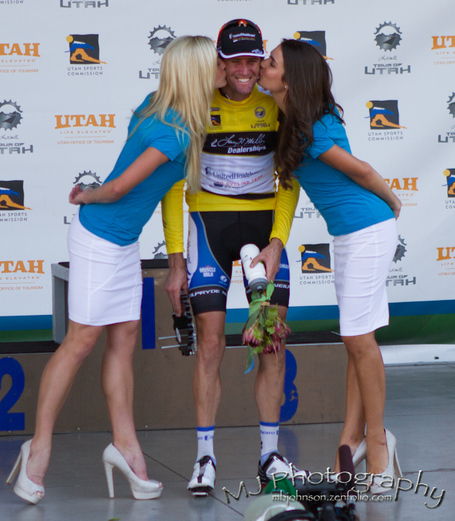 It was a great time over all and now I am looking forward to tomorrow's Team Time Trail and Miller Motorsport's Park.

The Final Podium for the day. 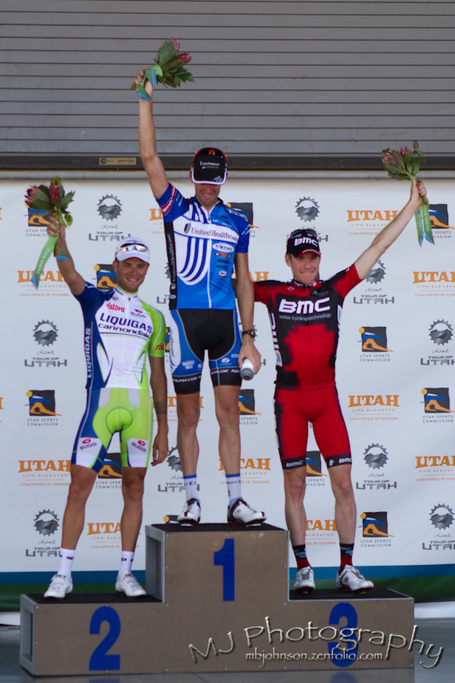