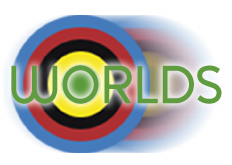 Achtung, Achtung...On Saturday, the U23 men will be doing some laps around Limburg and after a final ascent of the Cauberg,they will fly into Valkenburg and one rider will get the crowning win of his young career. For some, this is just another step on the path of their pro career while for others it could possibly be the only time that they are able to get here.

Once again, let us thank our fearless leaders at the UCI and NOS for not showing this glorious race. This race will be 161 kilometers of attacks and hard racing but apparently that is "hard to market". This better change for Florence next year or I will embark on a PR campaign the likes of which probably every one has seen.

So Who Are the Favorites?

Good question. Well the Italian team is stacked...and so are the Danes...and Russia...and Kazakhstan... and well we better make the flip because there is a lot to cover so you can be informed while watching ticker updates and waiting for the women's RR later that afternoon...

The 161 kilometer course will consist of 10, 16.1 kilometer laps. The lap will start in Valkenburg and descend into the outskirts of Maastricht before going up the 1st climb of the Bemelerberg, which resembles something that you would find in Flemish Ardennes with it being only 900 meters in length at a 5% average. After the climb proper, there will be around 5km of a fast false flat before descending to the foot of the Cauberg. As we have seen all week, the Cauberg will be a launching pad for those that are on form and if one is hurting...well it will be a struggle. The last 1.5 kilometers are slightly downhill and will be repeated 9 times over. Sounds like fun, eh?

I see two ways that this race will end up like which is either a late race breakaway or a small group sprint out of guys that will survive the final trip up the Cauberg. Let me run through a list of my favorites (in no particular order) for Saturday and then I will list a few more names (to cover my ass)

Barbin has been one of the darlings of the amateur Italian racing season. Over the course of the season, Barbin has racked up 5 one day race wins, including the famed GP della Liberazione (or the Communist Race as Francesco Moser would call it) in a late race breakaway and 2 stage wins in two of Italy's biggest amateur stage races, the GiroBio and Toscana - Terra della Nazioni (part of the UCI U23 Nations Cup). The common factor with all of Barbin's wins was that they occurred in a breakaways or small group sprints. The rest of the Italian team in stacked with talent for this race, making them one of the big favorites. They have Fabio Felline (Androni) who will likely be the protected rider but Italy would need to keep the race together for Felline to have a chance. Felline has World Tour experience on his side but it won't hurt to have a rider like Barbin or Davide Villella (winner of 11 races this season) be on the attack to ease the pressure.

McCarthy is a former Junior World's Road Race silver medalist (2010 in Offida, Italy) and has had quite a season so far with 4 wins in Europe along with a large number of top placings. McCarthy is a tenacious racer that has the ability to sprint, breakaway and lay down the power, as evident by his prologue win at l'Avenir. McCarthy has the ability to survive the Cauberg and sprint but I don't know if he will be able to keep other riders in check, especially with the small teams that are inherent with U23 racing. He definitely has an incredibly strong team around him. Rohan Dennis will be a dark horse on a course such as this because he possesses boatloads of power along with some climbing ability. Adam Phelan and Nick Aitken will prove to be invaulable in terms of support in any situations.

The Danish team for worlds this year will be good and Valgren Andersen will be one of the protagonists of the race. The winner of the U23 Liege-Bastogne-Liege should, in theory, be able to use most of the course as a launch pad for an attack seeing as he possesses some TTing ability as well as his climbing and breakaway skills. Also contained in the Danish squad is Sebastian Lander, the current Danish National RR Champion, who could benefit if the race comes together at the end though he isn't an amazing climber. Asbjørn Kragh Andersen should provide good support.

Lutsenko has been on fire in the last few months and shown himself to be one of the most talented and versatile riders in the U23 class. Lutsenko was the most aggressive rider in Tour de l'Avenir by attacking on 4 of 6 road stages and even getting a stage win for his efforts. This is on the back of getting a stage win in the super-climby Giro della Valle d'Aosta Mont Blanc in late July. The form is still rolling for Lutsenko after getting a stage win on a hilly stage at the Tour of Bulgaria in a breakaway just 11 days ago. Lutsenko can climb and sprint, as evidence by his results but the problem I see with Lutsenko is that there might be someone faster than him, as both Barbin and McCarthy have beat him in small sprints. Lutsenko will be one of the leaders on a stacked Kazakh team. Arman Kamyshev is cut from a similar mold as Lutsenko though his sprint might be just a bit stronger and his climbing a little weaker. Guys like Daniil Fominyk and Nikita Umerbekov should be doing their usual domestique roles with great aplomb.

This kid won a legit Italy one-day race just over a month ago at the GP Citta di Camaiore over riders like Pozzovivo, Pellizotti and Sella. He was also 5th at the Memorial Marco Pantani (behind Fabio Felline) just 5 days ago so his form is definitely there. The only question I have with a rider like Chaves Rubio is that is the race hard enough for him? It will be 20 climbs but there will be other guys up to the task and Chaves Rubio will have to attack hard to get away from faster guys. This will also apply to riders like Georg Preidler (Austria) and Mattia Cattaneo (Italy) who excel at difficult races but don't possess a knock out sprint.

-Sergey Chernetskiy and Sergey Pomoshnikov headline a deep Russian team that will certainly be attacking. Chernetskiy was 2nd to Chaves Rubio at Citta di Camaiore and has had a slew of top results while Pomoshnikov won the final stage at l'Avenir and won the GP des Marbriers ahead of Lutsenko in a 3-up sprint.

-The Netherlands team is talented though they brought 3 guys that are suited to a flatter course (Wippert, Van Poppel and Hofland) with Argos rider Tom Dumoulin and Rabo Conti Daan Olivier leading the squad. Perhaps a top10 but I don't see a medal for the team.

-The Belgian team does have for former World Junior Champion Jasper Stuyven, U23 Ronde van Vlaanderen winner Kenneth Vanbilsen and Dieter Bouvry. They also have sprinters Tom van Asbroeck and Gijs van Hoecke which I don't really known why either are here. Stuyven is there best bet but like many others, I don't think he has the sprint or breakaway power to get a medal.

-Slovenia has a surprisingly strong team with 3 riders that could produce a big results. Jan Tratnik was at Quick Step last year and after having a rough go of it, moved back to the amateur ranks for a reboot. He has come back strong with the European U23 championship under his belt and will be a factor for Saturday. Lampre recruit Jan Polanc will also be one to (not) watch on Saturday and get into the top 15 along with teammate Klemen Stimulak.

-The USA has a really talented roster but they do not possess a rider with a knock out punch. Ian Boswell and joe Dombrowski are incredible climbers but they are both horrible sprinters. The best best for the USA will come on the shoulders of Larry Warbasse, who has a proven track record in Europe and a sprint that could possibly surprise.

Other guys to watch include:

Joshua Edmondson (GB/Team Colpack) had a lights out Tour of Britain to go along with some good performances in Italy this year so expect another good ride from him. Pawel Poljanski (Poland) has had some good rides on hilly courses and apparently is being sought after by Bjarne Riis. Jani Tewelde (Eritrea/MTN) could be there near the finally and he definitely has some sprint to him. Hugo Houle (Canada/Spidertech-C10) was in the break at GP Montreal and after his solid performance in the TT, he should be ready. Eduardo Sepulveda (Argentina/FDJ-BigMat trainee) has proven himself in his virgin European trip this summer and depending on how the race plays out, could be there in the finale.