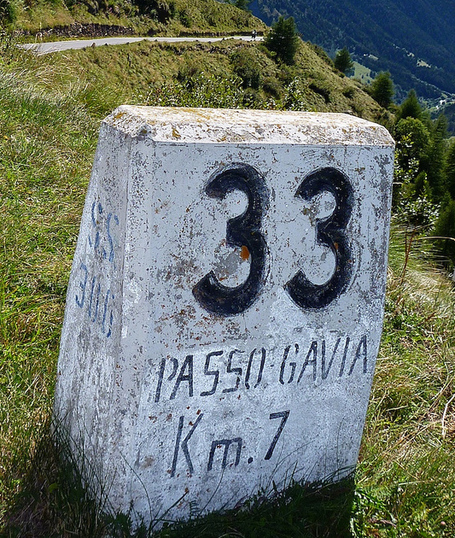 This afternoon the 2013 Giro d'Italia route was unveiled. And if you like mountains, you'll like the course. Seven mountain top finishes, including an uphill Time Trial. Nice.

Let's take a very brief look at the biggest climbs and please add your vote for the Queen stage at the bottom of this post.

This is a backloaded Giro. Virtually all the difficult climbs appear in the last week of the Giro. And while there are some slightly bumpy stages in the first 9 stages - it's pretty darn flat - and anything uphill pales in comparison to the jaw-dropping climbs of the last week, especially the last two stages.

Seven mountain top finishes (see MT column in the chart below) including some monsters makes it hard to imagine anyone but the best of climbers being in contention. Could Wiggins really compete on this sort of course?

To rank the climbs I will be using a difficulty index from www.climbbybike.com that we have used previously.

Note: If you are interested in calculation methodology, see this link for more on the difficulty index. But in brief, the formula results in an arbitrary difficulty number - by taking into account length, ascent, and altitude - that can then be used to contrast and compare with other climbs. It's not perfect, but works well as a basis for debate.

THE CLIMB DATA - disclaimer
My numerical difficult rankings may differ slightly from www.climbbybike.com as I am using the climb data provided by the profiles on the official Giro web site. 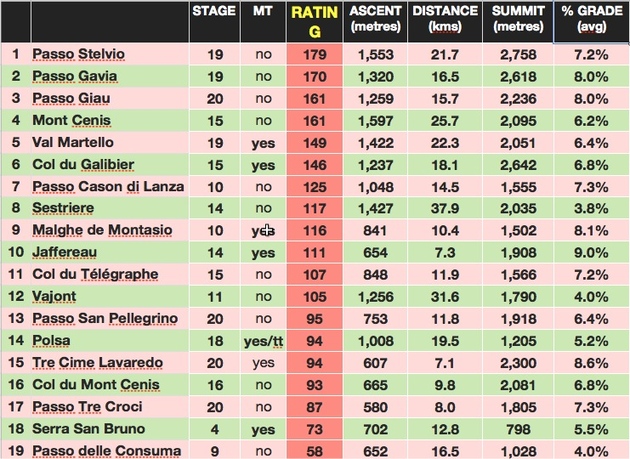 No surprise, Stelvio is the toughest climb. Note, this is the same Bormio side that featured as a mountain top finish in the 2012 Giro. 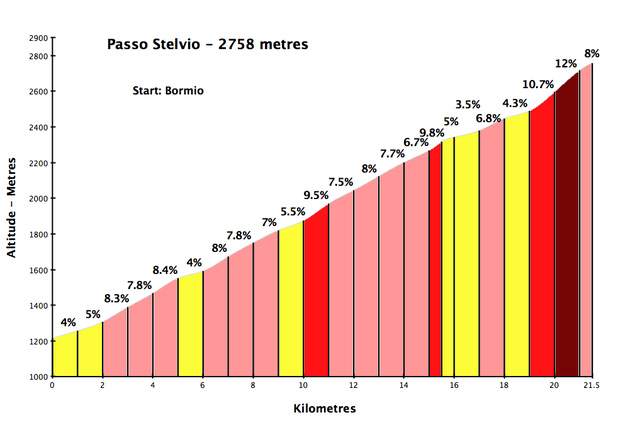 It is a fabulous climb, but it is NOT the more famous hairpin filled side. Instead they will descend this (please let there be good helicopter shots that day): 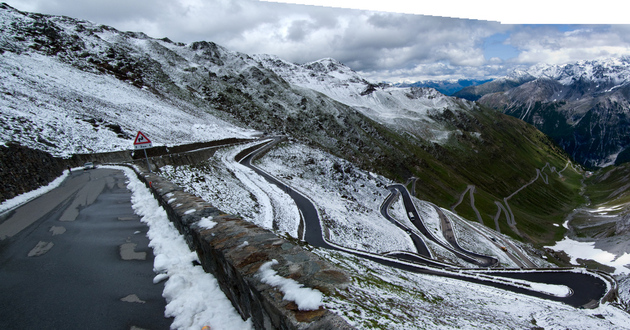 Woohooo, what a beautiful climb. In my opinion, the Giro will be climbing the better south side of Passo Gavia. It's the side with the very narrow stretches signed at 14% and 16%. Hard work. 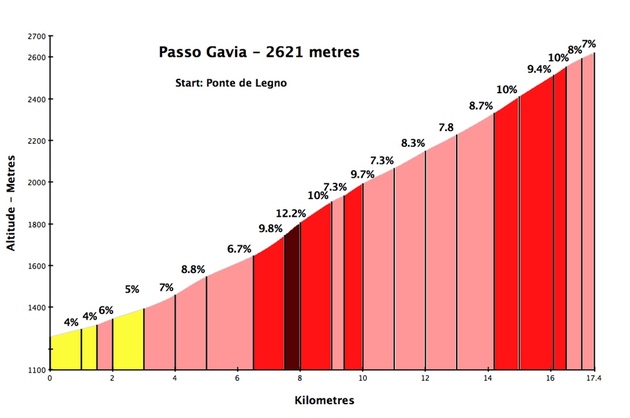 Passo Gavia has a storied Giro history with several famous "snow" stages. At the chalet at the summit are lots of photos of these stages: 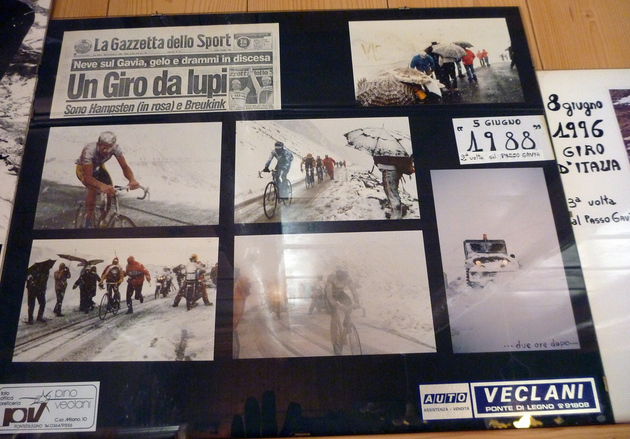 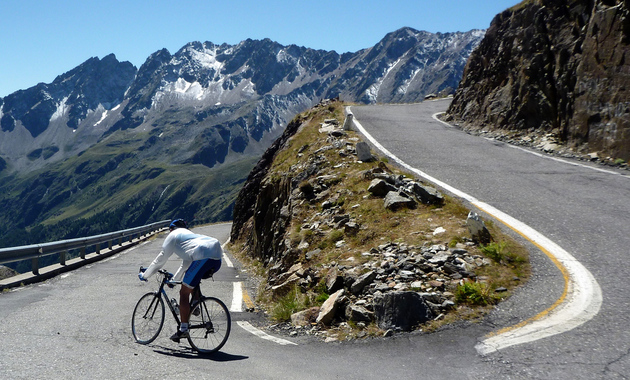 Giau was the Cima Coppi (the highest climb in a Giro) a couple of years back. This is the short steep monster of the 2013 Giro. Although listed at 15 kms, it's the last 9 or 10 that will hurt. 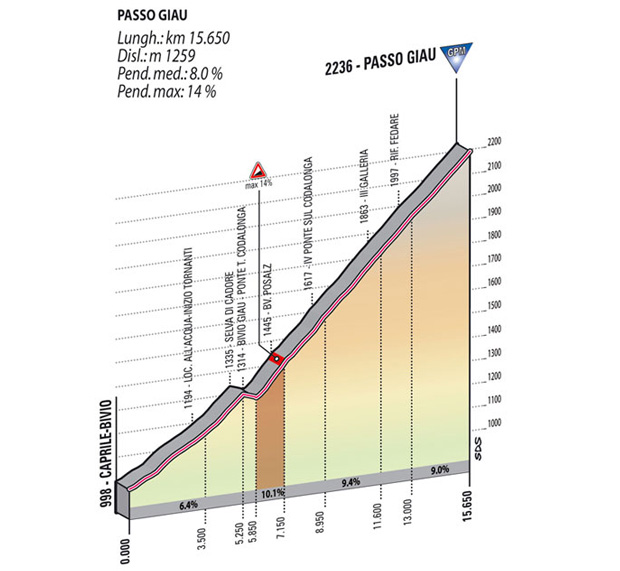 Your author was once hailed on in July here ..... about 15 minutes after this photo: 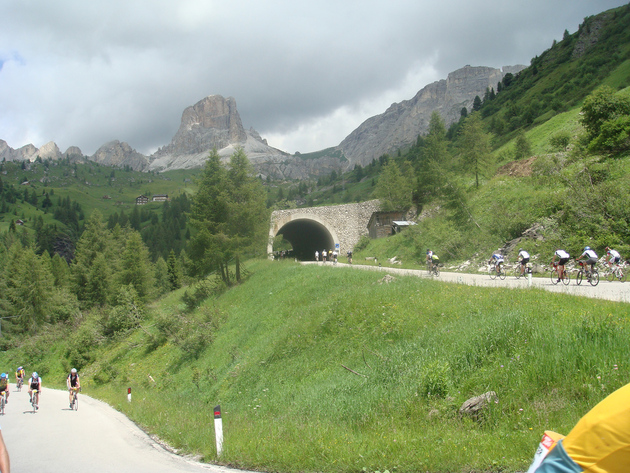 I used the Italian name in the title, but the top of Mont Cenis is in France. The giant south side of this great climb is long and steady. The final hairpins as it approaches the giant dam and lake at the summit are superb. Note in stage 16 they will climb the much shorter north side as they re-enter Italy. The "summits" of the two sides are several kilometres apart --- with a relatively flat stretch along side the lake. 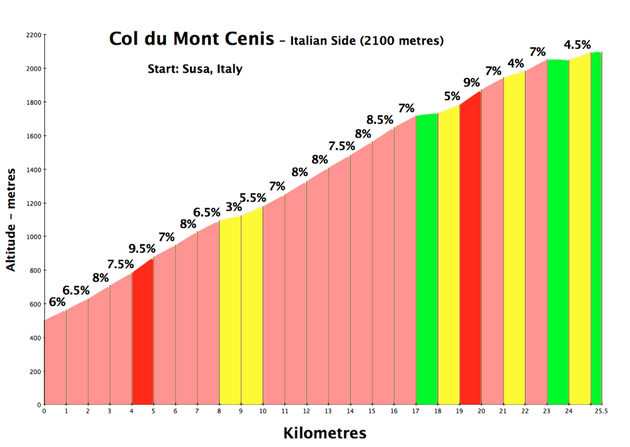 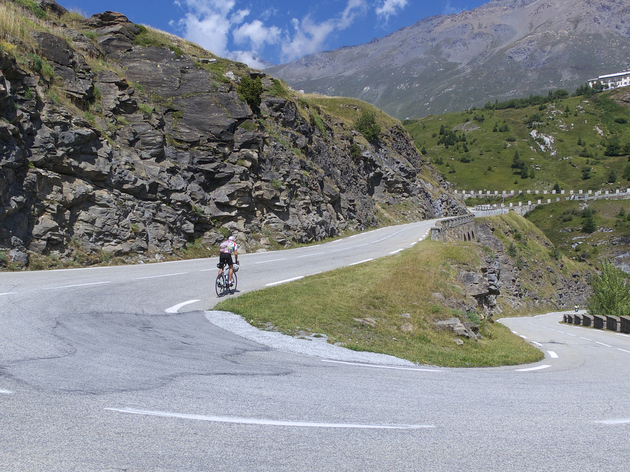 I don't know anything about this climb --- but it's the uphill finish after Gavia and Stelvio in stage 19. So I guarantee you drama here. Yes, I guarantee it. 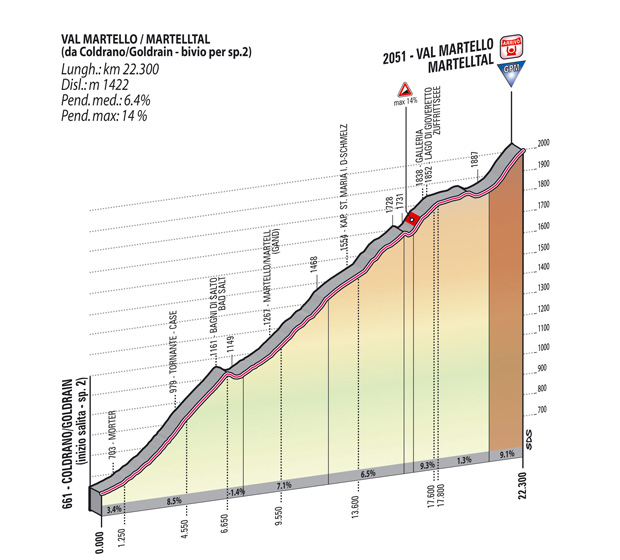 Galibier? In the Giro? And a summit finish? I think the French Balance-of-Payments just improved.

The Giro will climb the better north side of Galibier - via Col du Télégraphe. The chart ranking excludes Télégraphe, but combined it's a huge 35 km ascent (including a 4 km descent between the two). I've seen written that there may be some sort of Pantani commemorations here. Recall, Pantani clinched his Tour de France victory on a stage finishing at Les Deux Alpes, but including Galbier.

There is a new Pantani monument 3 kms from the summit of Galibier - see here.

Galibier is one of the truly great climbs in France. It first appeared in the Tour in 1911 - and became the highest summit finish in Tour history a century later in 2011. A brief history of Galibier here.

Galibier is never open in May - so there will be snow ploughs in action. But if it is sunny, it will be stunningly beautiful. Below: slowly approaching the tunnel on a nice, snow day - you can just see summit sign up top of photo: 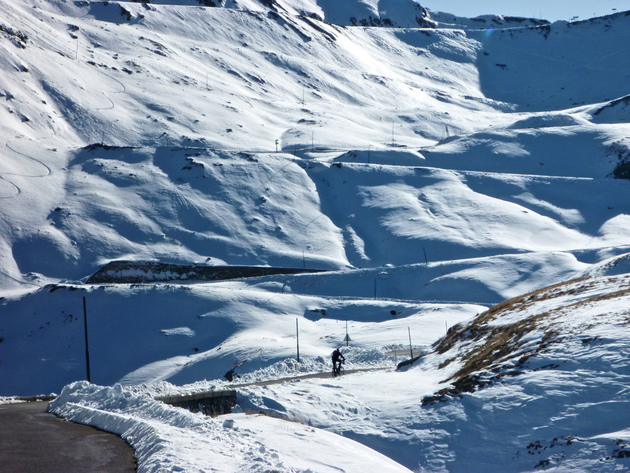 * NB. Due to a small descent and flat stretch between -- the Giro split the final climb to Tre Cime Lavaredo into two climbs ranked 15th and 17th in chart below. But combined, this final climb of the entire Giro is huge and truly beautiful.

I've never been there, but my friend and cyclotourist extraordinaire Vélocia has given me permission (thx!) to use a couple of photos. 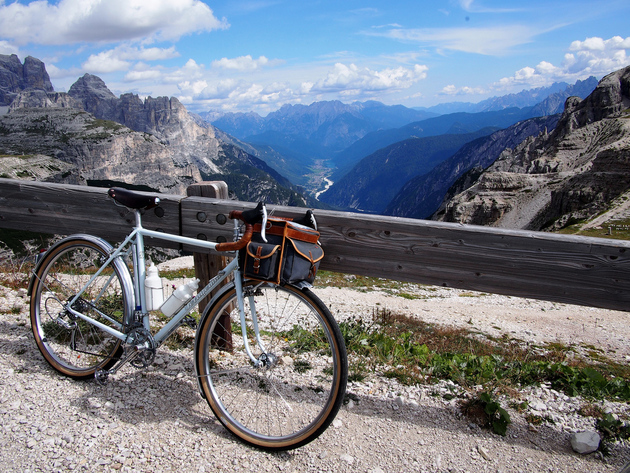 The stage 20 finish will be at the Rifugio Auronzo - pictured below (wow): 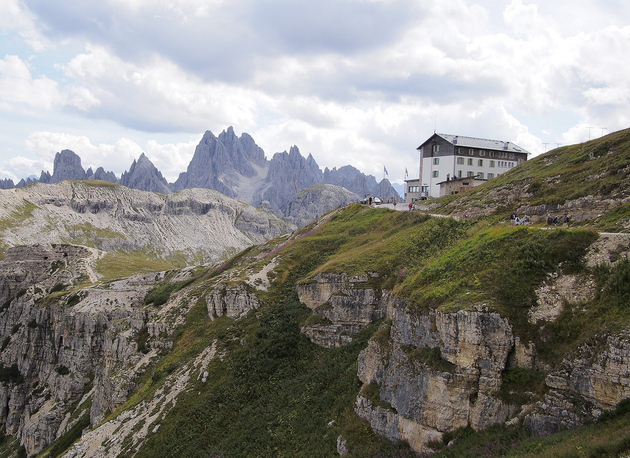 Also if you search Jered Gruber's FLICKR photos (user name smashred) for Tre Cime pics there are some truly amazing views - for example.

Don't forget to vote for the Queen stage. Ciao.